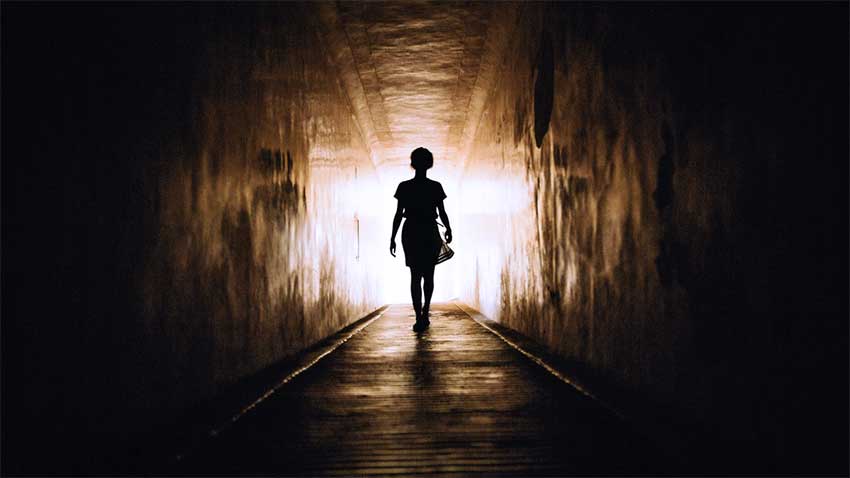 A Light into the Darkness

A little girl watched her father pace back and forth along the sandy shore. She yawned, stretching up her arms and arching her back. “Can I go back to bed now?”

He stopped pacing to stare at the five-year-old.
“Mother said I’m supposed to be well-rested for tomorrow, for the party,” she placed her hand on her hip and pressed her feet into the cool sand.

Jessica didn’t like the parties any more than he did, but this party was different. It was for her. The thought of her mother planning anything for just her—it was a new beginning, a chance for her mother to love on her. At least that’s what she hoped.

“But this party is different, daddy,” her hands moved off her hip and slid straight down her sides, “she’s planning it for me.”
Samuel kept still, letting her green pleading eyes pierce through him. But it was too much for him to endure, changing his focus to the house on the hill behind her.

“Different isn’t the word I would,” his hands moved up through his hair and then he drugs them down along his face. “I have no choice.”
“What?” Jessica asked, but he wasn’t talking to her. He continued to mumble words, but nothing she understood. He was thinking out loud—sometimes he just did that. Jessica plopped down on the sand and watched the water getting closer each time it spill out.

“Jessie,” he said, snatching her arms to pull her up. “I don’t agree with your mother on a lot of things and if it hadn’t been for you, I would have left a long time ago.”

The little girl’s eyes quickly began to water.
“No, no, I’m not going to leave you,” he wiped her tears with the bottom of his shirt. “Of course I wouldn’t purposely leave you. I love you more than the entire sky. It’s been just you and me since you were born. But what your mother is planning, I just can’t sit back and watch.”

Samuel knew Evelyn wanted nothing to do with her daughter—until now with her new friends putting ideas into her head of power and wealth, and using Jessica to obtain it. But Samuel knew something else to, Evelyn and her friends were dangerous.
“I want to tell you something now, something you should know just in case things don’t go the way…, I’m not sure how much time I,” his mouth closed shut and he scratched the stubble on his chin. “What I mean to say, I might not always be,” he stopped again shaking his head.

Samuel’s eyes focused on the stars for a long moment. He then pointed out a vivid star high above them in the moonless sky. “There are magical places that exist in this world, places that the master architect created to balance good and evil. The time will come when you will leave this house and into another life that awaits you. A life you deserve, a life with a greater purpose.”
“But I don’t want to leave you,” the little girl shook her head, her body trembling, “I’ll be better around Mother, I’ll be extra quiet so I don’t give her headaches and then she won’t be mad at you.”

The corners of Samuel’s mouth fell, “It’s not your fault. It’s never been your fault.” He pulled his daughter into a tight embrace, realizing she didn’t understand.

“If I go, you’ll come too right?” She said.
“It’s not that simple, Jess,” he replied, stroking her long brown hair. It was then another idea that jolted Samuel. “Maybe it is that simple.”

Jessica pulled away from his frozen hold, breaking her father’s train of thought. He then kneeled down in front of her. “Did I ever tell you about the angels who watch over us?”

The little girl shook her head side to side to side, while rubbing her eyes with her fist.
Her father reached out for her hands and took them into his, “You are not alone in this world, my sweet Jessica. Beautiful angels watch over us all the time. Some watch us from above, while others walk among us to help shield us from the bad. In our worst times, we don’t have to go through it alone. Just in case something happens, if I’m not around, I wanted you to know that.”

Jessica’s comprehension—she was going to be alone.
A large wave crashed onto the shore, spattering towards them. The salty-fish air inundated Jessica’s nose, at the same time cold bubbly wetness covered her ankles. A chill ran up through her as the water retreated and pulled the sand out from under her tiny feet. The next wave crashed–louder this time.

Samuel pulled a piece of folded paper out of his pocket and he handed it to his daughter, “Put it in your pocket. Hide it somewhere safe. I pray it will help you remember what I told you.” The little girl hesitated, looking at the folded square in her palm. “I’m sorry Jessica,” he said, looking past her.

Jessica didn’t have to turn around to see someone approaching, smelling her perfume and watching her father’s posture stiffen was clue enough—her mother was approaching. She slipped the paper into her night robe and turned to face her mother’s bitter cerulean eyes.

No one spoke as the three walked back up towards the house and entered through the kitchen door.
“Jessica,” Evelyn said, strumming her fingers against the granite countertop, “go back to bed. You need your rest for tomorrow.”

Jessica hesitated, feeling the hair on her arms reaching for the ceiling. “I’ll see you tomorrow,” she said looking over at her father, who grinned and nodded. “Good night mother,” her mother’s eyes narrowed at her, sending a sensation of tiny shards of ice through her soul–incredibly cold. The little girl quivered and ran up to her room.

Leaving the door slightly cracked, Jessica could hear the barely audible argument in the kitchen. Her father, who never raised his voice above a normal tone, was yelling and was getting louder and moving towards her. Jessica shut the door keeping her ear flat against the wood.

“I should have done this a long time ago,” he said.
“You will not get in my way,” her mother followed him into the master suite—the door slammed.

Afraid her father will leave without her, Jessica steps out into the hallway and makes her way toward the suite. She can see silhouettes passing in front of the light filtering out through the bottom of the door until she’s close enough to touch it.

The fighting stops. Curious she places her ear against the door, not realizing it didn’t latch, and the door opens just enough to peek inside.

Jessica watched her father move from the closet to the dresser, placing his clothes in a box-shaped object on the bed. Her eyes found her mother sitting at her make-up table brushing her hair. A third figure brush passed her eyes and she gasped in horror. Both hands moved over her mouth to muffle the sound and she shut her eyes tightly. Her chest pounded in her ears and she felt like she couldn’t breathe.

A strong pungent smell took over Jessica’s senses and covered the tip of her tongue with a bitter taste of blood.
“I told you, dear Samuel, no one gets in my way.”