Jaada was on her way home from her new school on Degma when they caught up with her.

“Hey, Gellon,” came the snooty, yet familiar voice of her classmate, Shelana Bejada. “Didn’t I tell you to stay away from my boyfriend?”

Everywhere Jaada went, it was the same thing. She attracted every good-looking boy each time she entered a new school, and each time she made new enemies among the female population. 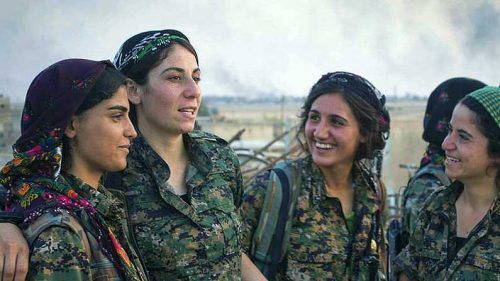 “I’m sorry. What was that you said?” Jaada turned, pausing to view the attractive young woman moving toward her, as well as the small army of support friends she had brought along with her. They stood a short distance away, just in case Shelana needed their assistance.

Shelana hurried toward her, anger in her every step. When she was two feet – crimina – away, she halted in her tracks and reached out a hand to shove Jaada backwards.

Jaada, more experienced now in dealing with these jealous types, stumbled momentarily before straightening to stand her ground.

“Why would I want your boyfriend?” she asked. “I’ve already been selected by the most wonderful boy in the galaxy.”

Shelana was taken aback by this news, but not for long. “You lie,” she huffed, getting right up into Jaada’s face then. “You’re just saying that to cover your tracks. You’ve been wanting D’non ever since you got here.”

“Well, I’m giving you fair warning. Stay away from him, or else.”

Jaada was growing amused now, enjoying the way Shelana’s nostrils flared when she was upset. She glanced over at the other students and grinned, having been through all of this before. For some reason, she wasn’t afraid this time, perhaps because she was so confident in Jimmy Donaldson’s love for her that it no longer mattered what others thought about her.

In response, Shelana drew back to strike Jaada, only to have her wrist suddenly caught from behind by a large, masculine hand. Shelana instantly turned, gaping wide-eyed at the huge imperial warrior standing over her, gripping her in a vise-like manner.

“You will refrain from this,” he told her, his brusque manner making it clear he would not be argued with. “By order of the Altair.”

When fear registered on Shelana’s face, the man released her, much to her relief. She stepped back and rubbed her wrist, her glance shifting quickly to Jaada, who appeared as stunned as Shelana by the man’s appearance. Looking up at the warrior, who stood watching her with wariness, she realized the futility of further baiting or threatening Jaada. Without a word to either of them, she scooted past the giant and flitted away like a frightened moth. Her friends waited for her, then rushed away behind her, all as shocked by what had happened as Shelana.

When they had gone, the satisfied warrior turned to stare mutely at Jaada. Then, with a half-bow of respect in her direction, he departed, leaving her standing in awe of what had just occurred. That Kaanig Altair had sent someone to protect her, a mere peon in the galaxy, was inconceivable. Still, recalling the attack against her on Konatha, at the school, it was clear Kaanig Altair wanted no similar episodes against her, regardless of where she was living.

With a feeling of gratitude and overwhelming security, knowing now that the Kaanig was looking out for her, Jaada turned with a smile and continued on her way, her steps lighter now than they had been in a long time. It was certainly good to have friends in high places, she thought, and she could hardly wait to get home and share with her family this good news.

Jimmy Donaldson leaned over the wooden fence to peer at the ugliest beast he had ever laid eyes on. Disgusted, he wrinkled his lips as he considered how he was supposed to ever milk the stupid thing when it was so hard on the eyes he didn’t even want to get near it.

“Hey, are you gonna stand there all day admiring it? I asked you to bring it in the barn so I can show you what to do.”

Quin Y’han’na, foreman of the Pareia ranch, located just on the other side of the village from the Manahams, stood glaring at the teen, expecting no argument.

Jimmy jerked back and gave Quin a sheepish grin.

“Uh, sorry,” he said in the Ulstran dialect he was becoming more fluent in with each passing solarity. “It’s just…I’ve never seen an animal like that before.”

Quin chuckled then. “Yep, he’s pretty homely, ain’t he? But these creatures give the best milk in the district.”

Jimmy nodded and backed away from the fence, aware that he could not avoid the inevitable. With a sudden burst of speed, he bounded toward the fence, tucked himself into form and front-flipped himself into the pasture, landing in a pile of manure, several criminas in front of the ugly nanda beast. Amazed at the boy’s talents, Quin watched in amazement, until Jimmy landed. Then he gave a loud snort.

“Guess you need to aim a little better next time,” he said, a smile wide on his weathered face.

“Yuk,” Jimmy grimaced, as he lifted his grimy boots and stepped away from the manure pile to wipe them off in some weeds. “Yeah, I do need better aim.” With that, he caught the rope Quin tossed over the fence and ambled toward the huge beast, who stared at him with curiosity, quietly chewing his cud, much like a Zarconian cow.

Amanda M. Thrasher Jan 17, 2022 4
Who Are You Today? There was a time I was adamant that I wouldn’t change the way that I do the things that I do,…
Featured