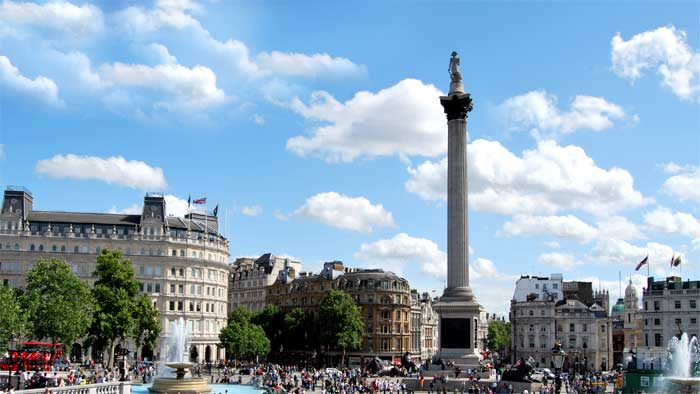 Many children believe Trafalgar Square – home of Nelson’s Column – features on the set of East-Enders.

Research carried out to mark the anniversary of the Battle of Trafalgar shows many schoolchildren believe that Horatio Nelson was captain of the French national football team in the 1990s.

The above quote appeared in an English newspaper today. For some unfathomable reason learning history in school is being actively discouraged by some headteachers – why?

Another article went on to say “Some schools are also preventing children from taking history GCSEs to steer them towards easier vocational qualifications.”

This is yet more evidence clearly proving that ‘dumbing down’ in schools is now socially acceptable here in the United Kingdom.

The report went on to say that: “In the latest study, the Historical Association found widespread evidence that history was being marginalised at all stages of secondary education.

Currently, most schools teach history as a distinct subject in the first three years of secondary school before pupils choose their GCSE options at 14.

But the report said growing numbers of schools were cutting the three-year course by 12 months to find more space in the curriculum for other subjects and to give pupils extra time for GCSEs. The proportion of secondary’s cutting courses to just two years doubled from five to 10 percent between 2009 and 2010, the annual survey found.”

To my way of thinking, we ignore the valuable lessons of history at our peril.

The current conflict in Afghanistan is an excellent case in point. The British tried to subdue the hill tribesmen along the Khyber Pass in the nineteenth century with little success. Then in the twentieth century, the then USSR tried to beat the mujahidin into submission by pouring a large well-equipped army across the border, only to be beaten by the Afghan people defending their own homeland.

If the historical lessons of these two previous attempts had been learned, our brave men and women would not be dying in their hundreds there today.

We should not ever forget the lessons of history, nor should the subject cease to be taught in our schools. To do so will be folly…

Must be an Angel

Jack Eason Aug 29, 2012 0
A Claytons Review Claytons is the brand name of a non-alcoholic, non-carbonated beverage coloured and packaged to…
Publishing