Fraud in America: Recent news declared doctors are the largest abuser of the Medicare system – and were found to charge Medicare with over 425,000 dollars in charges which were never performed on their patients, and at last, over 185,000 doctors are brought up on charges for abusing the system, the system these people have placed their money into – for security.

The elderly are turned away when they feel pain – a foot may drag or they fall when a cane is dropped from their grip, they stumble on a curb they never saw. But they are proud people who do not want to be treated as if they were a child, they want to live their life the way they see fit, and far too many rules get into their way..

One person may walk better, faster, and the others wonder why they can’t keep up – simple questions, but we all age differently with different problems. One should have their driver’s license taken away, and the other is still as sharp as a tack and can drive as they did when they were young. But, there are no rules for the elderly when it comes to these important issues. No one tells them they have to take a test, while children worry they may not make it home from the market. 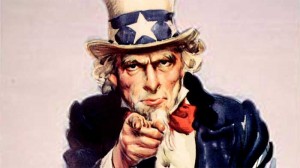 No transportation unless by vans or if a friend or relative helps, so their independence is gone, and so they skip church on Sunday, and the following Sunday. This country not only – not helping the elderly with everyday life but certainly not helping when it comes to healthcare unless they have good insurance.

Words exchanged around a kitchen table, “The one who stumbled slaps an “Ace” on the table, tells a spouse – with a smile, never a nursing home.”

Fewer medical centers – doctors to care for the elderly, as receptionists look them right in their eyes and say, “You have Medicare, only Medicare?” and then continue to tell them the doctor is no longer accepting Medicare patients. And uses the excuse, “we are filled – not excepting new patients.”

The elderly couple asked, “Where are they taking new patients?”

There is no answer, just a shrug of the shoulder. They leave the medical office, their head down, embarrassed to be turned down, turned away. The elderly never question why, accepting disappointment where-ever they go. Being turned away is a normal part of growing old for those without additional insurance. One chuckles, “They love us at the Buffet.”

Unfortunately, it is deep inside where they hurt the most, remembering the hard work, how they were a big part of making America what it is today, never thinking their government would turn them away. The contributions to the system meant nothing at all. When the elderly were once told, “It’s for your old age,” they believed it. Now what, did America forget their promises. Promises are not to be broken, that’s how they feel.

Youth does not last a lifetime – these elderly people were the building blocks of this great country from those immigrants who left their homeland to search for a better life. Those people have now turned away, forgotten by the new generation of politicians making new rules so they can survive by taking your hard-earned money and saving the government, but what about you, the elderly?

A cane scrapes a sidewalk; legs are weak, wondering what will be next, who will take the pain away? After all the energy to hear no, a once vibrant person falls onto the front seat, the passenger side. They left another doctors office with their own rules, codes, rejection – it’s a business. Those who accepted the elderly, 185,00o doctors took advantage of the situation and overcharged Medicare, depleting the system even more, into the hundreds of millions. Do we hear about this, do the doctors get a slap on their hand?

Seniors simply fall through cracks. Americans should be fighting fraud – seniors – afraid to speak out – but those who are not dependent on their Medicare can talk because they have no reason for fearing their own government, except their own donation to their retirement, health care, until it too is zapped away someday. Will it be refunded like it was to big corporations?

The other day I was asked to participate in a survey and AARP conference call, not yet old enough to be turned away – I learned it had been doctors all this time, the Government found four hundred and twenty-five million dollars charged Medicare when nothing was ever done as stated on the forms. Fraud from doctors charging for services never rendered, illegal and finally, one hundred and eighty-five thousand doctors were brought up on charges to repay medicare, will this stop the fraud? Even if the elderly smile when a doctor says yes, they could be ripping them off in another way.

At night, one elderly couple plays cards, while pain rips through fragile bodies, pulling them apart. Who is turning up his card? Who is paying attention to their fair play?