The Divide Between eBook and Print Publishing is an Illusion

This is, in my view, a strong reflection of the reality of where publishing now sits, and in particular with respect to perception of the market: it’s mashed up, both in terms of authors availing themselves of self-publishing, as well as strategic/sensible mixing of ebook and print publishing.

I’ll set aside the intricacies of self publishing and traditional publishing in this post – just to say that I have already stated that any divide between them is part of the grand illusion – professional work (including quality cover design, editing, proofing etc) is the key to professional production. What I want to focus on is another illusory belief among some authors – and most of these are self publishers – that eBooks is the exclusive way to forge ahead in publishing. 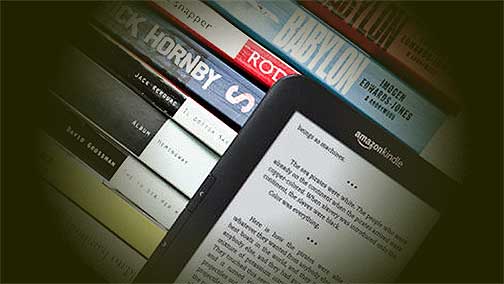 I can spend a lot of time quoting figures on eBook and print sales (and analysing how efficacious they are, given the erratic quality of published numbers), but it isn’t necessary for this discussion. We can all agree that eBook sales are dramatically increasing, and there is a steady decline in print sales (but not as acutely as eBook sales going up, not by a long shot). Also, publishing houses that have resisted new technologies have been hurt, particularly the middling sized, specialist houses. What is also clear is that print publishing is still a multi-billion dollar industry and if it is going to die, it will happen in decades, rather than years.

The reason why I am bringing this rather select subject up is that I have read commentators over the years, and also recently – and even in Angie’s Diary – that evangelise the approach of eBook-only publishing, and use language and arguments that indicate that print publishing is about to collapse on itself and is ineffective – in other words, it will happen just around the corner. New writers, particularly self-published writers, are often encouraged to stick to ebooks only in these discourses. I find this attitude ludicrous and misinformed. The classic case of evangelism striking along a generalised path.

There are cases when ebook-only publishing is a sensible path, and what comes to mind as an excellent example is publishing short fiction – novellas and novelettes – let’s say between around 8k to 40k in length. Many traditional writers self publish such work because economically and physically there isn’t a lot of sense in print publishing them, with the exception of limited edition chapbooks etc in specialised/genre markets, and usually for very popular writers. My company,  IFWG Publishing, have published ‘chap-ebooks’ for a few years without print equivalents, for exactly this reason. I would also agree that there may be some writers who simply prefer to publish in ebook format only, and I have no reason to argue with such people – as it is a personal decision. Where I have issue is when the philosophy of ebook-only becomes a proselytising activity, espousing ‘truths’ which, in many cases, are simply not.

People still buy print versions of books and they will for years – in many cases, for their lifetimes, simply because that is who they are. There are also many people, particularly in developing nations, who have no access to the technology or infrastructure to support ebooks, and these people will continue to buy or lend print books, when they can. There are people who like print books, and I have no argument with them either, because they, too, have a right to live their lives as they see fit, although I  would take exception if they choose to ‘evangelise’ their views, much in the same way as those who choose to sit in their imaginary camps of anti-Troglodytes.

The main reason why I feel somewhat intellectually offended by those who evangelise exclusive eBook publishing is that publishing in eBook and print formats, at the same time, is amazingly simple and cheap (the physical and commercial aspects, that is – the quality writing, editing, proofing etc is in fact costly in time and resources, but is unrelated to format of a title). If I write a book I can easily convert it to eBook format, costing me nothing, and I can use CreateSpace or Smashwords and create a print book with worldwide channel distribution…again, for nothing. If I wanted my own company name under ‘publisher’ I have to spend a measly 10 dollars or so, or I can even wave that and have CreateSpace (for instance) assign one for nothing. Nothing. Nix. Even if I sell a piddly number of books, I’ve sold them at no extra overhead. Wins and no losses.

While some may think that I have laboured a little long on what is either a small issue, or one they already know about, there are clearly people who don’t get it, and I want them to consider my views. If you like your book to be printed and held in your hands, and where you can gleefully stare at its spine on your bookshelf – well, go for it! It can cost you nothing if you already intend to publish your book in eBook format. From a marketing perspective, especially among genre readers, it can often be a smart move to print a limited number of hard-cover books – a limited edition, signed – and use them for prizes. There are many possibilities here.

Publishers in the know (and I shake my head at those traditional publishers who have not embraced eBook production and sensible pricing) publish in every way they can. It isn’t surprising, since publishers over the centuries have weathered many changes in technology (including the print press and the mass market paperback) and in the end they embrace them. Survival of the fittest – those that don’t adapt, die. Like print books, publishers will not disappear in a puff of smoke tomorrow, nor next year, nor next decade.

Perhaps the overarching reason why I have asserted that the divide between eBooks and print publishing is an illusion (except among those that believe there is a divide) is to yet again illustrate the ‘in-group’ dynamic of hot issues among people, like publishing. “I am an early embracer of eBook publishing and print publishing is a dinosaur”, “I am a self publisher and all traditional publishers are ripoff merchants and, anyway, they are dinosaurs.” This way of thinking  – and it exists – all you have to do is read articles on these topics in almost any forum – is counterproductive, self-delusional, and most important of all, provides little quality, unbiased guidance to newcomers to the industry.

Alan Place May 10, 2012 2
The True Story Behind 'The Colorado Kid' I dare say many of us have read Stephen King's novels at some time.…
Society