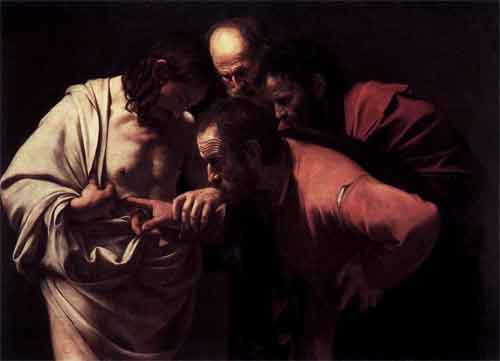 I am in the alcove of the Saints today
Saint Thomas, the doubting one, gave me a sign
I wander aimlessly through concrete courtyards
And settle for a cup of ice coffee in Styrofoam
The street is busy with Hindu housewives…
…and Armenian youth, as dusty cars speed by

There is this dry yellow and brown leaf
Sitting patiently a few inches from my foot
It contrasts against the concrete…
…and the light of the sun, weaving a pattern
With the shadows cast by the living tree…
…and my polished black leather shoe
Resting on the warm dry cement
I can feel the heat through the soles
Emanating from the parched earth herself
It is as if I am being roasted alive

I am in the alcove of the Saints today
Saint Arsema, the beautiful one who always wore white
Gave me a sign today, as the sunset
I drove by dejected and depressed
On streets filled with the downtrodden…
…and miserable refuse of mankind

The wind has been pushing the leaf
Towards me in steady rhythmic gusts
Over the last half hour, inch by inch
I think the leaf and the wind are in collusion
On this journey of the inanimate object
To kiss the shoe of glistening blackness
To reach beyond that which is possible
To escape the destiny of mere things
Reaching another dimension, one of blood
Placing one’s hands into the very wounds

The warm wind caresses my face
As I stare absently into the distance
The urban desolation is vastly overdone
It would be a pleasant enough scene
If not for the two young Armenians
Speaking of their life and loves
Of women and of the general lack…
…of common sense in our world today
I like them, they are my kind of people
But my mood is not of this world

I am in the alcove of the Saints today
I hear the waves of Lake Tsana
And my eyes gaze on the islands that live there
My heart beats to the bells of some distant…
…Monastery, and my fingers yearn for a rosary
I am Ethiopian today, and I feel awake

I’d join in the conversation
If not for the lonely little leaf
So desperately trying to reach my foot
It is so close to its impossible goal
See… it just stirred right now!
An object, a dead object came to life
If only the wind would cooperate
Heed the prayer of the leaf
But the wind is fickle
And unknown are its motivations

But the wind alas, has other ideas
The collusion I suspected it of, is but an illusion
A sudden gust, a blowback, a twist of fate
Against the alcove’s concrete benches
The Hindus are suddenly on their guard
Someone utters a few words in hurried Armenian
A spilled cup of coffee and a child crying with delight
Oh, how beautiful the sight of candles at daytime
In darkened hallways beneath holy icons
I dip my hand in the holy water and cross myself

I am in the alcove of the Saints today
The sun strikes the ground like a hammer of gold
Gregory’s illumination pales by comparison
But under the cold stones of Shoghakat
I am sure one can find a few drops of her blood
For I saw her today, walking past my car, in white

The smell of coffee, cigarette smoke, and gasoline
Intrude on the vision of vast distances
The busy highway drowns out the Armenians
For a blissful moment of clarity
My Armenian mechanic doubts my car can be fixed
“Thomas,” I say, “have some faith”
But he laughs and tells me his name is Alexander
And then suddenly the leaf is gone
Swept several feet away, never to reach its goal
As I get up and walk away…

…from the alcove of the Saints, where I spent the day
And only Arsema known as Hripsimé follows me
Leaving Tau’ma known as Thomas behind
To his eternal doubts, for she alone is certain
Her white dress flows gently in the warm wind
And I watch her pick up the leaf and fade away.