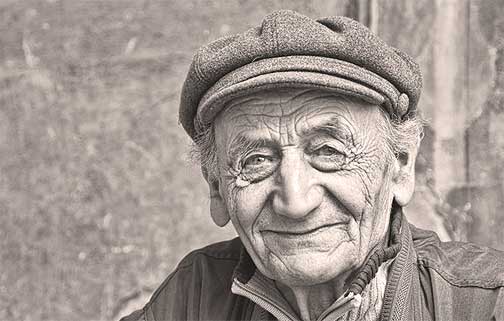 It has been so long since you left this world.

Tell me, how could something stab you in your heart?

Remember, when you brought your son to New York City?
You were happy when you left, holding his hand, waving
from the train. Grandmother told me, “He looked like a
gangster.” I guess you seldom wore a suit.

Remember the apple tree, pear, and cherry… they are
all dead too. The house is getting old, run down, but
I still visit. Did they call it Goose Hill in 1928?

I wish you were walking with me, talking to me, holding
my hand when I was a child. I never knew you.

Women in the neighborhood work, wear pants, and
drive a car. Some do not believe in marriage, or children,
and some women choose to have children without
a husband. You had your marriage planned:
Three days and you were married.

I wonder if you felt pain, as Grandmother did the night
your son died? That was the beginning, of the end, wasn’t it?
Now, so many people have passed away, or they live alone
without family or friends. But you have many friends in
your world – and I know you visit often.

I still want to know – how did something stab your heart?

Remember when my father said you told him not to climb
the old water tank; I guess the boys did not listen.
That brick building in the alley, the one where furniture
was said to be stored – it’s still standing.

Did you know you were leaving? Did you? You asked for
one more cup of water.

People commute to New York City by Amtrak, in no time
because trains move faster these days. You never flew in
a plane.
I know of only a few who still make home made wine – and
until grandmother passed we still had a feast around the old
maple table; I wonder which chair was your chair?

Were you sad, when you had to leave? Did you know?
Did someone stab you in your heart? Or, was it really a nail?

Down Street – grandmother called it down street, well it’s
empty – everyone tries to get along but they end up closing
shop, and the stores you would remember were torn down
long ago.

The railroad bridge crossing Erie Boulevard near Green Street
where you lived when father was born, it’s still there, but
someone removed the sign designating it an historical structure,
I keep reminding them to replace it.

You were a good man, an honest man, grandmother said you
brought home one piece of fruit for the family, and she would
cut into five pieces.

Did you watch from heaven when the boys sat around
the table and burned the mortgage? Father told me it was the
best day of their life.

Grandmother never placed a thing in the bow window
where you laid inside a casket. I thought of you when I passed
the bathroom; they drained your blood into the tub. I guess it
was that way, then.

Your friend, the one blown up in his car in front of a
hotel in Syracuse, he was on his way to testify on your behalf?
He must be with you now. All you did was work hard, and
deliver fruit; but the fruit men had more work, and favors to
be taken care of – too bad the innocent are hurt when someone
doesn’t do as they are told.

I am sure you understand now, about the nail.

Jack Eason Nov 3, 2011 0
What Exactly Is It You Do? How many times have you been confronted by the above question during your lifetime? I…
Book Review