Since the 1980s, Luciano Diana was running nightclubs, having the time of his life. 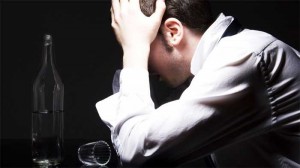 He was drinking, partying, and a cocaine addiction had consumed his life and others around him.  He actually started drinking at age eight years old, but only as an adult did his health issues start to come into play and he lost his focus and direction.

With his dream of writing slipping away, he decided nearly 19 years ago, he had to quit his addictions. Luciano Diana focused on writing and wrote a film called Boozecan.

Subsequently, some stories were optioned, including Catch my Fall, which was about hard-core addiction, not only affecting the user but the people who love him/her.

Luciano Diana’s goal is to have this film produced, also have at-risk youth be mentored by this project by professionals, be it actors, crew people, or Kraft Services personnel.

These types of projects are a challenge to get financing through proper channels.  Thus, this movie writer is challenging members of the business community to get involved. They will be listed as executive producers and will work with high-profile actors.

Because of tax changes in Canadian films, investors will get back their investments in tax returns. But this only is true in certain parts of the country.  As an executive producer, you will have the opportunity to suggest where the percentages of the profits go to charity. Even the soundtrack to the film will be done by some of Canada’s top musicians and its profits will go to the charities of choice, all to fight addiction.  For example, Amy Winehouse’s father started a foundation, following the death of his daughter, all due to her excessive drinking.

Luciano Diana will also have well-known people from all walks of life on camera, giving their own personal thoughts on their fight with addiction, including George Chuvalo, who was Canadian heavyweight champion as both an amateur and a professional and twice fought Muhammad Ali for the heavyweight title.

Sadly, George Chuvalo is also famous for losing two sons to heroin addiction. If you are interested in getting involved with Luciano Diana’slatest movie project, contact Luciano Diana at 416-760-2172. His company name is Helping Hand Productions, raising social awareness through the arts.