How Not to Bore your Reader: Every scene happens somewhere. It could be on a pirate ship, under a bed, or walking through a desert. Wherever your story is set you’ll want your readers to close their eyes and imagine they’re there.

Think of your setting as a painting, only instead of using colours on a canvass, you’re using words to describe a picture in someone else’s mind. The good thing about words rather than paint is you can use them to explore all five senses. Touch, taste, smell, sight and sound can all be used when describing a setting. 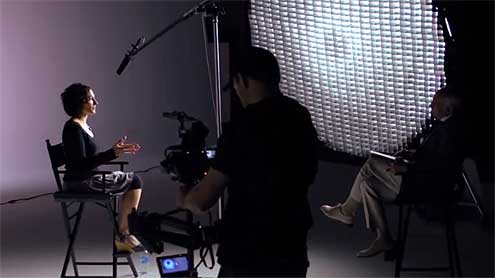 What does the pirate ship smell like? How does the sea spray feel on the cabin boy’s face? Are the floorboards beneath the bed rough or smooth? Does the air taste of mould? How bright is the desert sun? Do the grains of sand burn the soles of your feet?

Sometimes the picture can be like an impressionist painting, you need only add an occasional brushstroke of detail here and there and the reader will fill in the gaps because what you are describing is familiar to them. At other times you may prefer to be photographic, describing the story world in detail.

The most difficult thing when writing a description is not letting it get in the way of the story. There’s nothing worse than being caught up in the excitement of what’s happening to the cabin boy as the captain chases him round the deck, only to have the writer spend paragraphs telling you how rough the sea is with its saltwater spray or how much the wind is flapping in the sails. All you want to do is get back to the action.

But how can you avoid this?

You can describe the setting through the actions and reactions of the characters in your story. If you want to tell the reader that the seas are rough let them know through the cabin boy’s lurching steps. If the wind has picked up and a storm is coming, you could compare the sails flapping angrily to the captain’s coattails as he chases his victim around the deck.

Let’s have a look at a couple of paragraphs where the setting is separate from the action:
Slav lay in the narrow space between the bed and floor. It was a four-poster bed with panels around the base. The mattress sagged between the timbers, the underside of the bed touching his temple. He lay on the floorboards and felt suffocated.

There was a blanket chest in the bedroom. His father opened the lid then fell against the bed. The air under the bed was filthy. Slav smashed at the bed panel with his foot. The wood gave way and he scrambled out into the air.

Now see what happens when we weave the setting into the action:
Slav felt his skin prickle and itch, the space between the bed and floor so narrow the mattress scratched against his cheek where it sagged between the timbers. He tried to move his head, but his temple scraped the underside of the bed. His spine pressed against floorboards, the weight of the fibres above him suffocating.

Rambling footsteps shuffled towards the blanket chest. Slav heard the lid creak as it opened. Then he heard his father fall against the bedpost, knocking his foot on the panel.

Slav sucked in the filthy air, forcing his lungs to swell. He smashed at the panel with his foot. The wood gave way and he scrambled out into the air.

By using your characters to describe the setting you make it more important to your story. Your description no longer interrupts the flow of your story; instead, it makes it richer.

So wherever your story is happening, write about it through the thoughts, feelings, and actions of your characters. Everything in your story world will matter to the reader because everything that happens to your characters matters.

If you like what you’ve read, there are plenty more tips and tricks to be learned at This Craft Called Writing, a blog about writing, editing and being published.

In a fit of youthful enthusiasm Lorrie Porter graduated from University College London with a degree in Ancient World Studies then went on to qualify as a teacher in Classics. She loitered for many years in a solicitor’s office where she spent a lot of time staring out of the window. However, her fascination for dead languages and civilizations continues to thrive. She has recently graduated from Manchester Metropolitan University with an MA in Creative Writing.
Lorrie writes fiction which embraces a dark and emotional aesthetic and is currently working on Cradlesnatch, a story about a monster who steals children. Her first novel, Fury, has wolves, bandits and other miscreants among its pages.
Lorrie lives on a narrow boat with her talented husband and impervious cat.