The Enigma of their Historical Climb 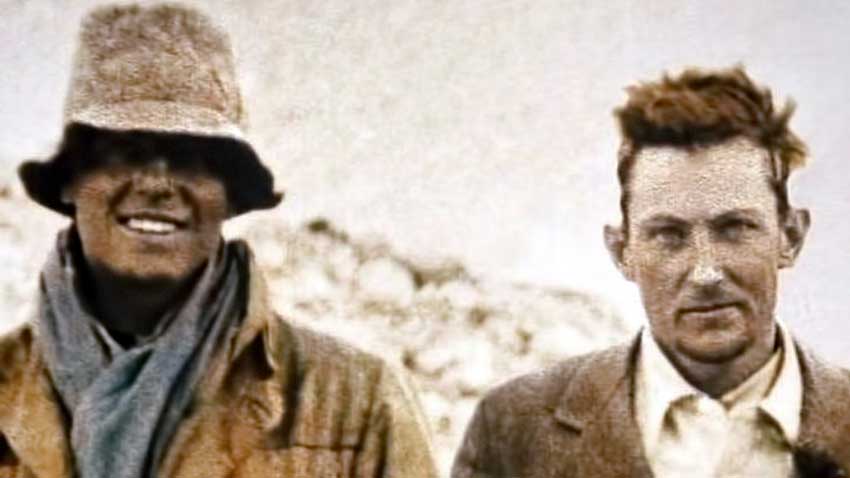 Did Mallory and Irvine Conquer Mount Everest?: I will not deny Sir Edmund Hillary deserves the credit for ascending and descending Mount Everest, which is beyond question. However, I do contest he was the first to climb the mountain.

Over twenty years before, the expedition led by George Mallory and Andrew Irvine conquered Mount Everest, in my opinion.
There is no empirical evidence to confirm what many people believe is true, as they died on the mountain. They were last seen alive by Noel Odell ascending the third step.

Since that time in 1924, several expeditions have claimed to have seen bodies where the men would have fallen.
Irvine’s body was found in a crevice in the mid-1970s with a golf ball size hole in his forehead. One theory is he slipped, and to slow his fall; he dug his pick into the rock face. When he slid, the theory is, his ax hit a rock and jumped out, hitting him in the head.

At this stage, Irvine would have become a dead weight as he fell, and Mallory knowing the risks, was forced to make a decision, cut his friend loose to try to save himself from falling, or stay with his friend and risk the swinging body dragging him down.
Not an easy choice, to sentence your friend to death, but in his defense, he probably knew Irvine was beyond saving; if he wasn’t dead, he was suffering from massive internal injuries from the fall, the sudden stop, and being cut by the rope.

There are other factors, the main one being they were seen not wearing glasses to protect them from the glare, which means they had got to the top and began descending as the sunset.

Somebody asked Mallory why he wanted to climb the highest mountain in the world. His reply was simple; he said, “Because it’s there.”

Such was the attitude to life of what Ernest Hemingway called The Lost Generation. They had gone through hell for four years and had a new burst of bravado. I wouldn’t say they thought themselves indestructible as they saw too many deaths, but the war made them realise life was for living.

Though her reputation as the highest mountain is beyond question, and she has claimed lives’ Everest is by no means the deadliest mountain. One of the killer-climbs is one I saw when I was in Switzerland many years ago.

The North face of Mount Eiger has claimed more lives than any other mountain. To this day, there are about 20 bodies left hanging in the icy winds. The reason nobody has brought them down is that face is a virtually unclimbable rockface of sheer ice.

When I was in Switzerland, I went up the Alps in a cable car; despite my fear of heights, I was not scared in the car, the reason I think was that the vehicle is an enclosed vehicle, and I had little fear of falling off. I realise cars on cables can become jammed, but at least I’d have had some safety.

Pooja Shah Apr 23, 2020 0
Drive Targeted Traffic to Your Website According to a survey conducted by our team, 79.7% of Businesses are…
Book Review