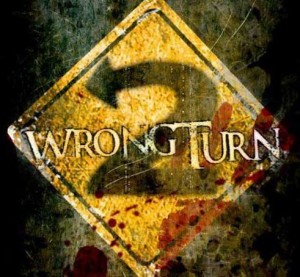 There is a highway along which there is a wrong turn.
Having taken the wrong turn
and not known it until a while down the road
one is faced with several choices….

The first choice is to stop and get one’s bearings.
This is not an easy choice
as there is no straightforward place to stop,
any stop would have to be executed in spite of the traffic,
a kind of forced-stop that would get people honking
and the passengers in the car nervous.

Stopping requires an authoritarian executive decision
And who these days is capable of that
We all want to vote, we all want a say
In fact even a clear majority isn’t good enough
We all want a consensus, two thirds or three quarters
Otherwise we scream that our rights are trampled.

But this choice – stopping
is a correct choice
in that it would allow for thinking,
consulting maps, calculating, making phone calls,
asking for directions (imagine that)
and so on, all not possible while driving.

The second choice is to turn around.
(Something that might be obvious if we stopped).
There is a roundabout up ahead and an off ramp,
each making it possible to get off the highway
and back on in the opposite direction.

This is a difficult choice as it would make the whole trip…
…since the wrong turn anyway – obviously a bad choice.

It would force the driver to admit he made a wrong turn
(yes it’s a he, women stop and ask)
in a more dramatic way than making a stop.

A stop admits not knowing,
a turn-around admits defeat.

That kind of loss of confidence
would be devastating to the ego of the driver,
someone, perhaps one of the passengers,
might suggest that the driver is tired or confused,
casting all sorts of decisions
that have been made… into doubt.

Someone might even offer to take the wheel for a while,
and where would that put the driver?
It would demote the driver into a mere passenger.
And no one wants to be a passenger
Especially after they’ve tasted the pleasure
Of being behind the wheel!

There is of course a third choice.
Keep on going.
Maybe the wrong turn will turn out ok.
Maybe somewhere up ahead
there will be a hidden turn-around that can be taken
one of those obscured by a lot of twists and turns
and no one will notice the complete double-back.

Maybe under the premise of a pit-stop
a pause can be achieved without anyone noticing
that we are hopelessly lost.
So what the hell… keep on going!

Maybe the road isn’t going where we are supposed to go,
but wherever it goes to will be just as good
as the place we set out for.

It’s all relative anyway
You always get somewhere
And a clever enough driver
Can claim that that is where he always meant to go
Maybe, just maybe, one has to keep on hoping
Hope is great, especially if you have no map or compass
And the GPS can’t lock on to any of the satellites
Satellites? GPS’s? Maps? We don’t need no stinking directions!

The passengers don’t count
Don’t like it?  You can get out.

So, the wrong turn is vanishing far in the back.
Already it is a small spot in the rear-view mirror

Objects in the mirror are closer than they appear
But who cares about facts
It’s far too late to turn back now.

We are committed on this new road
To boldly go where no one has gone before
And even if others have taken this road
And were never heard from again
That was then, this now
Obviously they weren’t visionary enough
So, the wrong turn is far in the past
Soon its location will fade from collective memory.

But even if the gas tank is almost empty,
And the hour is getting late,
one thing is certain:
We – the hopeful – are firmly in control of the driver’s seat!
And the last thing we will do is ask for directions,
Stop, turn back or admit that we are wrong.

How can we be wrong?
To be wrong, someone else would have to be right
And there is no right or wrong way
It’s all relative, don’t you see
It’s all grey area,
and non-confrontational consensus building
It’s all about being inclusive and proactive
And taking responsibility for the future
You can’t do that by second guessing yourself
How can you have any self-esteem
If you ever admit you are wrong?

So, forget about wrong or right or left
Forget about even straight or not
Just be happy the car is driving
After all, this isn’t a race
There is no finish line
We all finish where we are comfortable
Competition is for bullies
We are way to civilized for that.

So dear passengers, may I suggest:
Hang on to your seat belts…
…it’s gonna be a bumpy ride
to nowhere.

And as we all know
Where no man has gone before
Is exactly where the future collides with reality.

When Eyes Fall Short of the Big Picture