It occurred to me a few years ago, while battling with severe illnesses that I was actually thinking myself sicker. No, this wasn’t some crazy side effect of the illnesses, and yes, it’s entirely true that we have the ability to think ourselves anything.

Some call this the law of attraction. If only I’d known of this “law” before I had the lovely opportunity of learning it the hard way.

The sicknesses began in my teenage years, and as I grew sicker by the week, I developed anxiety. The anxiety of being sick! It got to the point where I could literally feel the tiniest sensation of pain in my abdominal area (where the basis of the problems were located) and within minutes, the image of being sick that just played through my mind would happen. 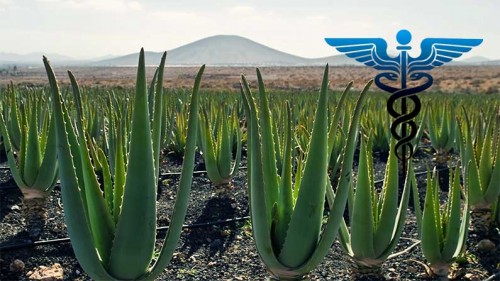 As soon as the fear struck — oh my God! I’m going to be sick again — my heart would begin pounding so hard I could feel it in my tongue, and a strip of sweat would line my upper lip, a sweat mustache. Then the uncontrollable shaking and shivering that was so intense that it wore me out would hit.  All followed by severe; rolling pains, unlike anything I could ever describe tumbling around inside my organs.

At times, the pain was only describable as having boiling water rushing through my stomach, intestines, uterus and every other organ located in my abdominal area. It was a process of different pains –all equally excruciating — that would carry out for a course of five hours, each time it hit (which came every single time I put any sort of food into my stomach, and even when I had not), never any less and hardly ever longer. Just five straight hours before blissful relief washed through me.

It was as if my whole system was purging itself; my organs twisting and contracting for an entire five-hour period, then they’d begin to calm down.

During these painful “processes,” I was able to see a swelling protrude from the left, lower side of my abdomen. This banana-shaped swelling would move like a snake over towards my belly button, a bit lower and finally reach the other side before an outburst of pain would overcome me within a matter of seconds. Pains that made my stomach appear as a balloon quickly filled with air. I often described this part as having my stomach blown up with air to the point of my organs nearing a bursting point.

Eventually, my stomach would flatten back out, and I’d be left with just soreness and tenderness.

This was the friendlier version (believe it or not) of the process I endured almost daily. The raw version of those painful processes, as I called them, are a bit more disturbing, so you’ve been spared the ugly details.

Now that I’m basically in the clear, for the most part, of those health conditions, I often wonder how much less suffering I’d have endured if I would’ve figured out sooner that my paranoid, fearful, anxiety-filled thinking was actually causing me the painful processes to occur even more. It was all I ever thought about. The little life I did have in me was spent tending to this crazy stomach of mine.

Once I realized I was actually thinking this to happen many times, I became fearful of thinking. It was a horrible cycle of fear. Fear of it happening. Fear of thinking it to happen.  I recall even saying aloud to my significant other “I’m so scared I’m going to think my stomach to hurt again.”

Then the life-changing realization floated into my exhausted mind. I thought if I can think myself sick in a matter of minutes, and then thinking myself well must be entirely possible too.

I began digging into information about how our minds work when I stumbled upon this ”law of attraction” stuff. It was relieving to learn that something wasn’t off in my mind, but that humans have the ability to think themselves… well, anything!

I trained myself to find new things to think about. Any time (which at this point was virtually every minute of my waking life), I found myself thinking about the sicknesses, the pain or anything related, I would “reverse” the thoughts to other things, anything.

There have been days where I’ve experienced flare-ups and had to get conditions back under control, but it’s been over two years now, as of this writing that I’ve been free. Never do I experience days of immobility and searing pain that lasts for a total of five hours.

The Aloe Vera — while doing an incredible job of soothing and working my digestive system back to proper conditions — gave me a sense of being in control of the illnesses and the pain. Since swallowing a small slither of the inner plant provided almost instant relief due to its soothing nature, I soon felt fully in control, and within a matter of weeks IBS and endometriosis were no longer “mine.” These conditions didn’t even need a name in my vocabulary because I was the one controlling them, and why attach myself to them?

You’ve heard people advise against using words like “my disease” because this attaches us to it, almost like we’re welcoming it to be part of our body (which it very well may be, but we can reject it rather than accept it). I stopped accepting those conditions as mine and took on the mindset that they were just visitors in my body, visitors that I was able to make leave any time I felt like it.

This thinking, while I didn’t know it at the time, was changing my life, and it may be a silver lining for you, too. Perhaps you’ve allowed yourself to feel defeated long enough. Maybe doctors or loved ones have told you your condition was something you’d have to live with, almost love even, and you’ve never been able to consider life without it ever since. The best thing I did for myself was consider life without it. If that sounds tough, I feel you, because after surgery, medication that turned me into Zombie Kendra, and plenty of other “cures,” it felt easier to accept illness to me too.