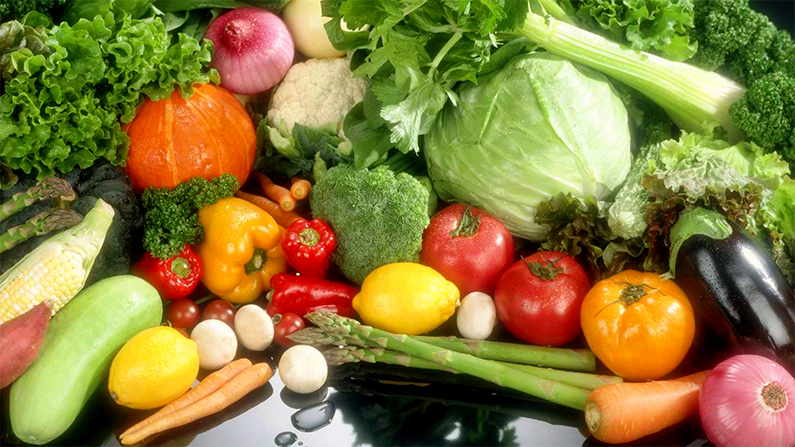 If you or someone you love is currently battling cancer, I hope this list will prove to be insightful at the least.

Since this list contains foods that not only help prevent cancers

but also some that help fight and even kill cancer cells, I also hope you’ll consider including some of these foods in your diet.

If you haven’t been faced with the nightmare called cancer, then now is a great time to consider giving in to your taste buds and trying to include some of these foods in your diet. I have been working on adding some of them into my own diet with great success since I’ve found that I enjoy many of the fruits and vegetables on this list.

Note: This is only a drop in the bucket when it comes to cancer-fighting foods. This is not an exhaustive list, by any means.

Yes, that crunchy green vegetable that is likely growing in your garden right now, and is possibly a staple food in your kitchen, especially if you live in the South.

Scientists have found that Lectin, which is found in okra, kills 72% of breast cancer cells in vitro.

Therefore, if you can get past the texture or “slime” of non-fried okra, chop your fresh okra into small bits and boil away, or you could have pickled okra. Add salt to taste. If okra makes your taste buds protest, then use finely chopped pieces added to a good homemade salsa or soup.

Did you just get a mental image of a banana in karate gear pulling a karate-chop on cancer? No? Moving on then.

Now we have more reasons to eat bananas. Other than for their energy-producing power, and fiber and protein content, they also prevent cancer.

Upon studying fruits and vegetables for their effects on cytokine induction, Japanese scientists found that bananas contain TNF (Tumor Necrosis Factor), which stimulates the production of white blood cells. White blood cells fight off things like tumor cells, which explains why bananas would prevent cancer.

The scientists studied the banana juice via injection on mice and found that the effects were more “marked” with 3+ day old bananas that were ripened to the point of being speckled brown, meaning mature bananas contain more potent cancer-fighting properties than less ripe ones. However, even lower concentration bananas showed “macrophage spreading” effects.

“The data suggests that banana juice contains cytokine-priming substances similar to immunopotentiators,” which play a role in cancer prevention.”

Okay, Rosemary is classified as an herb or plant, but it’s an incredible role in reducing cancer risks is too huge not to mention. Rosemary essential oil has shown to have strong cytotoxicity (cancer-killing ability) towards three types of human cancer cells.
Rosemary has the ability to suppress tumor development in leukemia and melanoma cells, and in organs such as the breasts, colon, liver, and stomach. Some of Rosemary’s anti-cancer properties can be attributed to its Carnosol content. One study showed that Carnosol significantly reduces the viability of colon cancer in humans.

Vegetables of the cruciferous variety such as cauliflower, broccoli, cabbage, bok choy, Brussel sprouts and kale not only lower your risk of developing cancer but can inhibit cancer cells and tumors from growing. These cancers include breasts, colon, lung, liver, and endometrium. (American Institution for Cancer Research, Food, Nutrition, Physical Activity, and the Prevention of Cancer, 2007.)
Three or more weekly servings of these leafy, fiber-rich veggies can lower your risk of developing prostate cancer up to 41%.

There are plenty of ways to add beans to your diet, and you’ll want to after finding out that they can slow tumor growth and prevent the reproduction of cancer cells, thanks to their phytic acid

You probably already knew garlic would make the list, but you may not have been prepared for this reason. Garlic can kill brain cancer cells.

South Carolina Researchers found that garlic contains compounds — three of them to be exact — that actually killed brain cancer cells, in vitro. Among the types of brain cancer, garlic stomped all over, one of them happens to be the type of tumor that grows quickest in adults, glioblastoma. The garlic showed cytotoxic properties (death of the cancer cells) but not of the healthy ones. Read that again, and let the massive amazement really sink in. Garlic killed cancer.

Not only can it kill cancer, but preliminary studies suggest that garlic may reduce your risk of cancer, particularly gastrointestinal cancers. This makes sense considering how impressive garlic’s benefits are for our digestive systems, including having the ability to kill Candida Albicans.

Bok Choy, “Chinese cabbage” has been found to possess impressive amounts of antioxidants. Its health benefits are numerous, including cancer protection.

You can create a tasty dish of bok choy much as if you would enjoy a cup of spinach — by steaming it and adding butter, salt, pepper and herbs to taste or add it to soups.

The chlorophyll in spinach has been proven to reduce liver cancer risks. So go ahead and add some spinach to your cup of steamed Bok Choy.

Chocolate lovers rejoice. You can have your cake and eat it too. Or better put, you can have your dark chocolate and enjoy it too, because the catechins in raw cacao (also found in green tea) may help prevent tumor and cancer formation. Catechins inhibit the growth of cancer cells, according to Dr. Sears.

A hearty dose of walnuts every day (about two handfuls) can help lower your risk of breast cancer risk by half, and a 50% reduction in tumor growth. Let’s hear it for the nuts!

Forget the tomatoes. Watermelon is more sweet and delicious anyway. It contains at least the same amount of cancer-fighting lycopene, which can help prevent skin, prostate and bladder cancer.  And here I’ve been choking down tomato paste.
Do not really forget the tomatoes. You could always eat both and have even better protection.

I don’t know about you, but any incentive to eat more cheese excites me. Mozzarella, in particular, is high in calcium, containing a whopping 200 mg of it per ounce.

High calcium intakes are likely to lower the risks of colorectal cancer, although different studies have shown some inconsistent results.

Because it contains more vitamin C than an orange, you will be happy to have it in your diet.  Studies show that people with a high intake of Vitamin C have the lowest incidence of intestinal cancers, especially when taken in combination with folate. It blocks the formation of carcinogens called nitrosamines in the gut.

A daily intake of 1,000 to 2,000 milligrams of Vitamin C lessens oxidative stress and may provide anti-cancer benefits to your body. Seabuckthorn also contains carotenoids, which also prevent cancer. If Seabuckthorn is not available or feasible for you to obtain, small papayas contain around 100 grams of vitamin C, so you could opt for those instead.

3 ounces of tofu contains about 4.5 mg of Vitamin E.
The anti-cancer properties of vitamin E are similar to vitamin C in that they help prevent cancer and lessen oxidative stress. In a ten-year study that followed 21,000 men, those with high levels of vitamin E in their diet showed a 30 percent lower risk of all types of cancer.

If you have never used tofu before, you’ll be happy to know that it is versatile and easy to prepare. You can marinate in soy sauce and fry it, including it in salads, sandwiches, and even desserts.
If you don’t like tofu, cooked spinach contains even more Vitamin E.

As I researched the health benefits of artichokes for an article in the past, I came across an astonishing amount of benefits these green, bumpy guys harbor. Best of all is their possible anti-cancer benefits.
According to the Mayo Clinic, artichokes of medium size contain 10.3 grams of fiber, making them one of the highest-fiber foods easily available on the market, next to lentils, which contain 15.6 grams of fiber per cup, and black beans, which contain 15.0 grams per cup. According to the American Institute for Cancer Research, high fiber foods lower your risk for colorectal cancer.

Which of these foods do you try to consume on a regular basis, or plan to include in your diet?