Ife had one of her very rare days off, and she was having a lazy day in bed when her phone rang. She picked it assuming it was Yomi only to sit up abruptly when she heard the voice of Babatunde at the end of the line. They had not spoken in two years. She was very surprised.

“Hello Stranger,” she laughed into the phone and listened as Babatunde invited her to meet him for lunch. Ife smiled and promised to see if she could make it as she had made a previous date. They chatted lightly, and Ife hung up but sat staring for a few more seconds.

She went to the bathroom and made ready for a date she had made with Yomi, a puzzled look coming into her eyes.

Yomi took her to her usual place, and they had lunch but she seemed distracted and barely touched her food. A puzzled Yomi had to ask her if she had a case that was worrying her and Ife, startled shook her head then smiled saying she was okay. A shadow fell on the table, and both of them looked straight into the calm eyes of Babatunde. 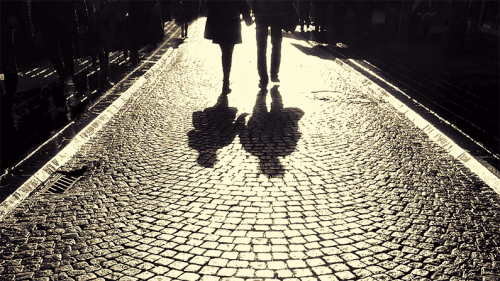 “I actually was passing by when I saw you through the window” he smiled own at her and Ife rose up to look at him. She was smiling too and introduced the two men to each other. Yomi invited Babatunde to sit, and he was curious to see that Babatunde waited for Ife’s permission. Ife laughed and asked him to sit.

The contrast between the two men was very sharp. While Yomi was tall and very slim, Babatunde was maybe slightly taller but very powerfully built that one was likely to forget his height. There was a silence that surrounded Babatunde and Ife smiled.

Yomi watched them; Ife smiled and explained to Yomi that Babatunde was a pharmacist with a difference. “He is also our local medicine man if one can call him that. He has learnt the art of our natural medicinal ways and combines it with the modern science. He serves our people that way.”

There was a small silence and Ife gave Babatunde a casual look as she asked if Prince Adewunmi had behaved himself since the last visit. Babatunde laughed that he had put the fear of the unknown in the mind of the prince.

Ife turned to Yomi and asked him if he was a prince from his town. Yomi laughed and said he was a simple citizen but was puzzled by the sensing that the conversation was going on around him and that he could not be part of it. As the lunch progressed, Babatunde and Ife would suddenly laugh out loud, and he asked to be told what the joke was. Ife was contrite and shook her head at Babatunde in rebuke. Babatunde shrugged, but he said nothing.

I am sorry Yomi, Babatunde, and I are friends from a long time and we seem to understand things unsaid you see. I was trying to catch up with him.”

I see, I think my distant third might be in the way besides I need to have a conference with a client, so if you will both excuse me, I have to go now. I will see you next time Ife?”

Ife gave him a contrite smile, said it was okay, and hoped his conference with his client will go well seeing as the client was at that moment in the capital city, a six-hour-drive away. Yomi stared at her shocked, but Ife simply smiled and explained that she understood. Yomi stood staring at both Babatunde and Ife and quietly walked away.

Babatunde in a quiet voice stared at Ife and sighed, “I love you.”

Ife looked at him in wonder, and her heart opened to the wonder of a love given without question. Her eyes told him that she responded, and she stretched her hand across the table to touch his as they felt themselves melt into each other. Hands entwined they stayed that way for a few seconds then Ife sighed trying to focus because a bewildered waiter stood staring at them. Babatunde put his hands in his pocket and paid for the lunch but was told the other guest had already paid as he left. Babatunde said a soft thank you. The waiter left, and Babatunde returned his gaze to Ife.

“I could not keep away any longer; my assignment is going through another phase and I need you. I have to recharge my emotional self, do you mind?”

Ife replied very simply, “It has been lonely without your presence. I never felt complete following you around but always wondering what was to happen next, so when are you supposed to be summoned? I picked your thoughts a few back when I thought you were to be summoned.”

“I attended the conference, and yes I will be expecting to enter the palace to receive the declaration of Ifa but I really don’t know when.”

Babatunde stood up and stretched out his hand; Ife stood up with him, and they both left the restaurant.

For the pair, it was a day out in paradise as they went everywhere and decided to drive to the village together. They arrived at the village just before the bells sounded in their kingdoms and Ife took him to the grove.

Babatunde was welcomed into the palace by smiling flower-clad beings who took them to a beautiful spot beside the clear light falls and Ife led him into the water and bliss.

Much later they slept by the light falls holding hands. Someone brought them food, and they ate drinking in each other’s love and seeming to want to meld themselves together.

It was the most beautiful exchange of love and vibrations that anyone could have wished for. Babatunde ran his fingers gently through her hair, and she trembled with the peace of being with him.

“I can see your skin glow from here and the soft colour of your love.”

“I am trying very hard to control myself. I love you beyond me, and I never understood how I could feel this way since that fantastic morning.”

He threaded flowers through her hair as Ife drifted to a peaceful sleep.

They woke up in the grove to find Yeye staring in awe at two people in her modest living room. Somehow, sometime in the magical night, they had found time to put on their clothes.

Ife stirred and opened her eyes into the bemused ones of Yeye.

“Stop staring, I decided to pay you a surprise visit but you slept so innocently that I did not have the heart to wake you. I hear you have been having pains of the joints. Suppose you make us breakfast then get a few things together so you can come with me to town. I need to run some tests on you.”

Yeye gave Babatunde a deep curtsey and hurried off to her kitchen. Ife looked at Babatunde and laughed, “You tied your tie the wrong way round.”

Her eyes went wide however when Sasa replied with a smile, “Excuse me Highness but Fancy pants is getting dressed and will soon join you himself.”

“You are confusing him more this way Sasa,” Ife replied laughing as Babatunde emerged and scowled at Sasa who now assumed his Misty as soon as Babatunde walked in.

“I thought I heard you talking,” Babatunde asked.

Ife gave a close look and said in a very casual way that she was talking to Sasa watching to see if Babatunde will react to that.

Babatunde’s brow cleared and he in turn gave Ife a close look and they both laughed.

“Okay, we know of Sasa together,” Babatunde said relieved.

Yeye came in with boiled yam, palm oil and fresh water. They had breakfast, as Yeye got ready.