Smoking Increases Depression in Women: A new study reveals that women who smoke are at greater risk of developing a major depressive disorder. The study has been published today in the British Journal of Psychiatry.

Researchers from the University of Melbourne and Barwon Health assessed a group of 1043 Australian women, whose health had been monitored for a decade as part of the Geelong Osteoporosis Study. 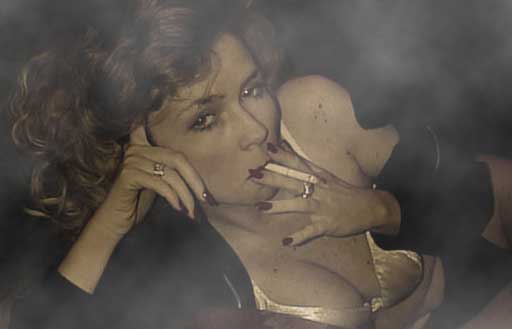 On their ten years follow up participants were given an additional test of a psychiatric assessment. “It was at this point we were able to determine if depression had developed and investigated whether or not smoking pre-dated the onset of depression,” said University of Melbourne researcher Associate Professor Julie Pasco, who led the study within the Clinical and Biomedical Sciences at Barwon Health.

Results revealed that women with depression were more likely to have been smokers than those without depression. Compared with non-smokers, the likelihood of developing depression more than doubled for heavy smokers (those who smoked more than 20 cigarettes a day).

However, 584 non-smokers, just 38 (6.5%) developed major depressive disorder during a decade of follow-up. “This shows us that nonsmokers were at lower risk for developing a major depressive disorder, suggesting that smoking may play a role in the development of the disease in women, “ Associate Professor Pasco said. Previous research has shown that smoking is a risk factor for depression.

There is also increasing evidence that smoking may aggravate mental illness or contribute to its onset. However, most previous studies have involved short time frames, and this study is the first to investigate smoking using longitudinal data that extends over a ten-year period. The researchers observed that depression is a leading contributor to the global disease burden and called for greater efforts to encourage smokers to quit.