This winter has been a cold one in Canada. Even under the best of conditions, complaining about the weather is a national past-time, but lately every conversation seems to start with one of two opening lines that state the obvious one more time: It’s cold! Or, the equally self-evident: It’s snowing!

According to Wikipedia, the coldest temperature ever recorded in Canada was -65º Celsius in Snag, Yukon, on February 3, 1947. It’s hard to imagine the impact of that kind of cold, but to say it’s deadly minimizes its power almost instantly to paralyze your lungs and freeze-dry your eyes and skin. That degree of cold turns your face white, not rosy, as your blood collects around your vital organs and leaves your extremities to perish. 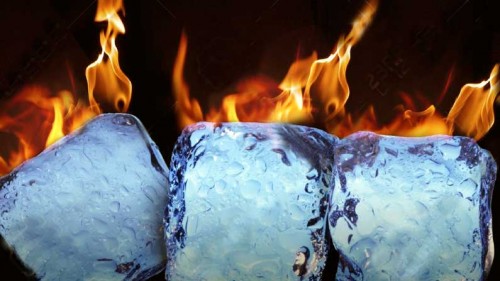 In mind-bending contrast, the thermometer hit a highest-ever recorded temperature of 45º Celsius in the center of the country, in Midale, Saskatchewan on July 5, 1937. Such heat can kill as well and is dangerous for anyone with unhealthy lungs, the very young and old especially. Exposure to such heat can rob the body of fluids, and the sun can burn exposed skin so that even years later the damage can kill.

We humans are a fragile lot. Our bodies can tolerate only minor internal temperature swings. A few degrees above or below 37º… and it’s all over. The external temperature can affect that internal balance within minutes if we aren’t prepared and it’s not surprising that the numbers of deaths from hypothermia and hyperthermia are increasing each year due to unexpected weather patterns and the rising cost of heating and cooling that forces some people to choose between managing the temperature in their homes and eating.

Even when wearing high-tech clothing, and spending our days in buildings that are heated, air conditioned, and well-insulated, we live within only a tiny range of tolerable temperatures.

Last year, we suffered through an ice storm that left us without power for three dark days in mid-winter. A few years before, we lost power for several days in the summer, and all the food in the fridge spoiled.

I dread the possibility that we might lose power again, even though we’d have somewhere safe to go…as long as the black-out didn’t affect everyone. I wonder what we’d do if things didn’t return to normal quickly, or if the outage were permanent.

Before the Europeans came to Canada, the First Nations that occupied this land survived both the ice and the fire of our changing seasons. One of their villages stood less than a kilometer from my house – we tell ourselves that they were made of sterner stuff than we are. But the truth is that their lives were brutal and short.

Is it just me, or does it feel like the cold of recent Winters has been colder, and the heat of recent Summers has been hotter than when I was young?

It’s cold outside tonight. And it’s been snowing again. I can’t wait for Spring! And after that, for Summer. I wonder how hot it will be.

Advertising over the Years

Alan Place Aug 7, 2015 2
Cross-Genre Writing: For many writers, the changing of the genre can be a potential death verdict. I read…
Writing