In a recent blog post of mine “Books and Literary Snobs”, I began it by saying the following:

“Since the emergence of the internet, online publishing and the plethora of books now available to us in the world of books, a second disturbing breed has emerged – the literary snob.

While thanks to small press and self-publishing, it is true that the vast majority of published authors these days far outweigh the fortunate few, chosen by establishment publishers, rarely if ever will any of the former become successful.”

Since writing that post I have become even more aware of another trait among today’s literary snobs – pomposity. Sadly there are a number of people who will only ever read an author their fathers introduced them to. 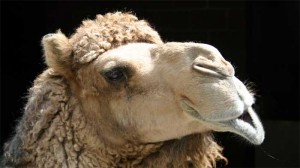 The emerging author of today will be deafened by the loud ‘tut tutting’ being uttered by these narrow minded individuals who are quick to judge, based only on one reading experience of a new author’s work. If they had their way, the only books they would allow the general public to read would have been written in the nineteenth century, maybe up until the middle of the twentieth. Certainly none published by anyone other than the ‘big six’ establishment publishing houses would be allowed in their view.

A little further on in my previous post I added the following:

“Yesterday I read a list of bestselling books that were rejected for years, in some cases – decades, before the snobs within the world of establishment publishing took notice of them. The list of titles, too numerous to mention here, astounded me. Perhaps it shouldn’t. After all, they were first timers once just like you and I.”

One thing all of these pompous literary snobs seem incapable of comprehending is the fact that all writers, be they first timers, or old established hands, if they are at all serious about writing, continue to hone their ‘voice’ until the day they die. Writers like Dickens were panned beyond belief when they were first published; something the pompous literary snob of today conveniently seems to forget.

I feel exceedingly sorry for these lonely sad individuals whose library is severely limited to a few volumes of Tolstoy, Pushkin, Dickens, H. Rider Haggard, H.G Wells, or maybe Arthur Conan Doyle. They are the kind of person who firmly believes that reading anything new, is somehow beneath them.

While pompous literary snobs prevail, be they private individuals or so called literary critics,who sadly are listened to by the ‘big six’ publishing houses, what chance do today’s emerging writers stand?

They are all missing out on so much by ignoring today’s writers, or worse, dismissing them completely out of hand.

Prev Next
3 Comments
Leave A Reply
Cancel Reply
On Writing