Is Writing an Illness?: So, science has just worked out that anyone who shows any kind of creativity is suffering from a mental disorder. Where do they get these notions from?

In a recent article on the BBC, entitled “Creativity closely entwined with mental illness” it was pointed out that writers have a higher risk of anxiety and bipolar disorders, schizophrenia, unipolar depression, and substance abuse, according to a team of researchers at the Swedish Karolinska Institute, led by Dr. Simon Kyaga. 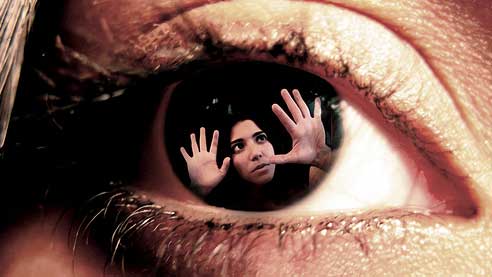 It went on to say that anyone who is in the least bit ‘creative’ is almost twice as likely to kill themselves; far more than the general population. According to the researchers, creativity is often part of mental illness, with writers being particularly susceptible.

Thanks a lot, folks! That maybe explains why I am so driven to write. It’s a funny thing but I’ve never ever thought of writing as being a mental affliction before. A passion, maybe, but an illness, where’s the proof?

The article ended by saying – “We know that one in four people will be diagnosed with a mental health problem this year and that these individuals will come from a range of different backgrounds, professions, and walks of life. Our main concern is that they get the information and support that they need and deserve.”

Ok, if that’s the case, where’s the help I supposedly need while I sit here agonising over a storyline. Where’s the help when a story I’ve written and published gets rubbished?

Talking with other writers of my acquaintance, we all suffer from depression. It’s an occupational hazard that goes with the territory. Without exception, we all fret and worry over how our latest book will be received by the reading public. We all privately suffer when we get bad reviews. We are all concerned about the book’s ratings in the marketplace. We constantly talk among ourselves about sales, usually moaning about why one particular book is doing better than the one we personally prefer.

One thing is certain; none of us can predict which of our books will be popular, nor can we dictate which of our books the public should buy. If that’s not enough to bring on a bout of depression, or an anxiety attack, I don’t know what is.

Now if you will all please excuse me, I must go and lay down in a darkened room to contemplate my navel. To hell with that! I’ll get drunk instead.