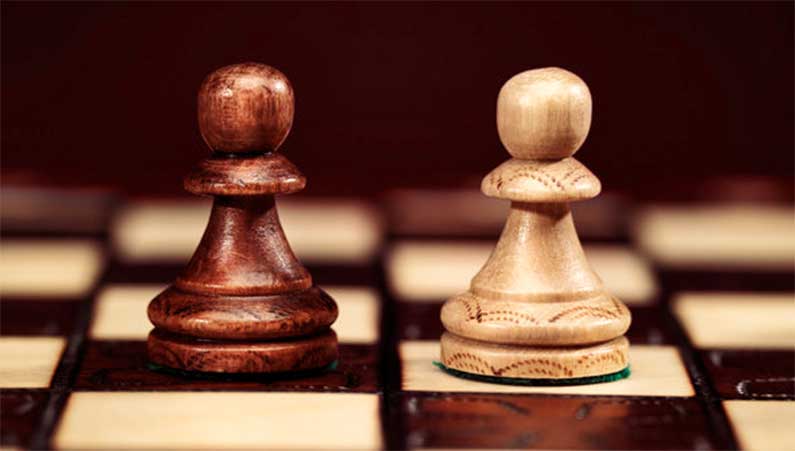 Linear games provide a sequence of consecutive variables. They traditionally feature a pattern of names listed with corresponding numbers, usually ranging from 1 to 7, though not always.

To solve these patterns, identify the game. Look for the words, order, sequence, ranking, and position.

Organize information presented by the fact pattern. Try to make deductions that support the given information. For example, it may state that “G sits in seat 3” and then say “M comes before G”. The deduction here is that M is in either 1 or 2 because it must come before 3 since G sits there.

Conditional Games consist of “If-then statements”, meaning, if A occurs, then B also results and vice versa. Ex: A —> B, B —> A

Consider the following example:
If Michael goes to the concert, Steven stays home.

To identify, look for selections. It should not show any linear languages, such as order, consecutive, or sequence. Deductions generally come in the form of simple arithmetic, adding or subtracting from other categories, to fill in the missing information.

For example, if all black cars include Interior seats, plus two other accessories, then we know at least 1 car shares an accessory with black cars, since we got five cars and five options. 5-3 = 2 options, which leaves only 2 other options for 4 cars. Therefore, at least one, if not more, of the 4 other colored cars share an option with black cars. 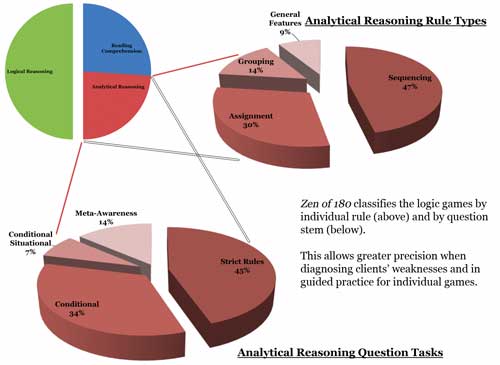 A classic cascade game incorporates elements shared by each of the previous three games. However, a cascade distinguishes from the other game types.

It may include one dominant feature but frequently functions very differently from the other games. It may offer linear language with a grid or conditional variation. Cascade games generally constitute the most complex of LSAT Analytical patterns and generally require more time to solve than other games.

These game types rely on experimentation, testing the variables and information presented with each question. Hence, depending upon the type of cascade, and its difficulty compared with other games, you may wish to save this game for last.

Purchase all the LSAT pamphlets and practice books available through LSAC, including “10 More”, “Next 10”, and “Super Prep”. These books offer real practice exams. You may also wish to supplement preparation by taking a credible LSAT course.

For example, LSAT Exam # 47, an exam administered in October 2005, on pages 33-36, provide representative examples of Analytical section logic games for you to practice. However, look for more recent exams.

Note: Not every LSAT exam lists the Analytical logic games in this order. Rather, the LSAT randomly selects different game types and splices them into various arrangements. You always see 4 games, sometimes more than one of the same game type. You almost always see 1 linear, usually accompanied by 1 or more conditional games, plus either a grid or cascade game, randomly selected in any order. You may sometimes witness more or less various games. However, the exam almost always guarantees at least 1 Linear game as a standard, based upon previous games over the years.