Chantelle and I hugged for so long that had there been any diffidence felt from our being apart for so long, it disappeared as I sensed again a tenderness I had almost forgotten possible.

But the morning seminar meant we did not have time for any further intimacy and in short order were walking hand in hand, the one mile west to the University of Toronto’s Knox College. As we crossed Queen’s Park, Chantelle paused to hug an oak tree she said was a mentor and then she started waxing about how the ancient Greeks had worshipped trees. At that moment, the though  t crept into my mind that my beloved Chantelle could be ponderous but before I allowed any further fruition on that thought, I whisked us off to the campus.

Knox College was a castle of Scottish stone masonry, squared around a quadrangle, with a stone walkway running through the middle and dividing the quadrangle into two broad lawns of like size. The walkway was 12 feet high and had an arched ceiling of sculpted stone that draped down each side into eight cut-stone pillars, punctuated at disciplined intervals. Interspersed between the pillars were stone outlinings that could have held stain-glass windows but instead of their being windows, the frames were open to the air. 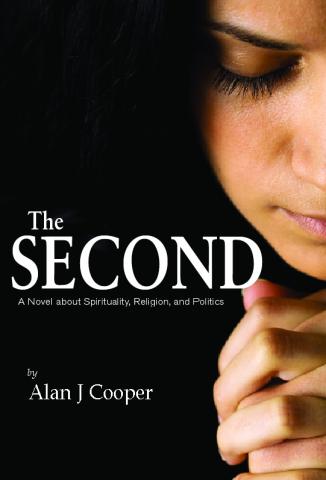 The walkway itself was of crushed stone and wide enough to allow for the thirty or so oak chairs set up that morning toward its eastern side, at the place where Chantelle was to facilitate the seminar. Participants were to have read some material beforehand but as with most gatherings involving topics of a non-credit nature, few would have done much in the way of preparation, and that reality left a few keeners to dominate the process. Chantelle made some opening remarks,

“In 1896, a manuscript of the Gospel of Mary Magdalene was found in a Cairo antique market but it was not for another 50 years until 1945, or two years before the Dead Sea Scrolls were found in 1947, that an Arab peasant in Egypt discovered an earthenware jar containing 13 papyrus books bound in leather. His mother burned by accident much of the papyrus but the rest found its way to Cairo’s Coptic Museum, and there experts determined that what had been found was the essence of the Nag Hammadi transcripts, a canon of Christian scripture that had evolved by the year 200. After the 1945 discovery, the transcripts took a quarter of a century to reach the public domain in the 1970s, and in recent years, a great deal of sensationalist writing has been written on them.

The Nag Hammadi transcripts record much of an early Christian belief in Gnosticism during the period after Jesus’ death but Gnosticism as a belief system was not unique to Christianity and had been around in the eastern Mediterranean for 500 years. A key trade route between the Eastern and Western cultures had been through the Middle East and Gnosticism had gleaned its philosophies from a variety of spiritual traditions.

Gnosis is a Greek word connoting knowledge and the Gnostics believed that the secret of gnosis was to know oneself at the deepest level, thus simultaneously knowing God. Only when people came to discover who they were, could they experience enlightenment as a new life or as a resurrection. Whoever came to know this gnosis was ready to receive redemption through apolytrosis, literally meaning ‘release.’ Gnostics believed there was within everyone, a divine power in latent form, and whoever achieved this insight and consequent release could communicate one on one with the divine.”

A woman about 20 in age, sitting several rows back in the group, asked how such a resurrection could be compatible with the resurrection of Jesus but before Chantelle could respond, a woman slightly older and closer to Chantelle turned around in her seat and interjected in a leather-lunged voice, “Being resurrected back to life was an age-old tradition in many beliefs, and Jesus’ time was one of hallucinations, visions and ghost stories.

The Gospel of Mary Magdalene affirms she was first to witness the empty tomb but the Gospel also says the resurrection was only Mary’s vision in an ecstatic trance. Another Gnostic Gospel says that the same vision is what Peter himself had after he saw the tomb empty. But by the second century, only certain resurrection appearances were judged to have conferred authority and those apparencies were all attributed to the male successors of Peter. A similar scam later occurred on the virgin birth.”

The younger woman sat drooped like a scolded sophomore and Chantelle sensed she should try soothing the situation with a bit of context, “The Gnostics did affirm that Jesus had died but said the divine spirit within Jesus could not die. Jesus for the Gnostics was thus not the Peter-Paul son of God but the servant-heir of humanity or Anthropos, the incomprehensible all, from which emanated not theology but anthropology.

The Gnostics reminded us that Jesus had spoken not of sin and repentance but of illusion and enlightenment, and instead of coming to save us from sin, had come as guide to help us access our spiritual understanding. Jesus was a Socratic teacher, further along on a journey to heaven-on-earth but if his students were able to get his message, they could progress even further and create new routes.

The Gnostics thus believed Jesus was not offering a set of answers but rather encouraging questions and engaging us in a process of searching to keep ourselves growing. Jesus was thus a christ or teacher of the people but so can we be. We can save ourselves and experience enlightenment in a resurrected life as did he by first knowing ourselves and recognizing the god within. In this new light, salvation as Jesus tried to communicate, was a state of transformed consciousness available to us all in the here and now.”

A clean-cut young man, second from the front and off to the side, was sporting a crucifix atop his jacket and he shot back at the fiery woman, “Jesus died for our sins! Otherwise as Paul says, what would have been the point of his dying? It certainly wasn’t to help any Gnostic enlightenment,” and when he said the word “Gnostic” he coughed it out as if he were making the sound “obnoxious.”

The fiery woman lashed back, “Jesus died not for our sins any more than our tutor Chantelle here would die to clean our slates. The cleaning is our responsibility,” but the young man shot again at the firebrand that the seminar was all about Christianity, not Hinduism and Chantelle opted to step in, “Levels of heaven are here now as Jesus tried to teach, if we open our eyes and ears to spiritual clarity.

The Gnostics did question the orthodox institutions of the time but Gnostics regarded all doctrines, including their own, as only approaches to truth. Other theologies or anthropologies such as Hinduism and Buddhism’s human spirit being ‘in’ a body, thus worked their way into Christian Gnosticism as it tried to select the best from world learning. But given the influence of Hellenism on the Middle East, Gnosticism remained closest to the Greek philosophical traditions. It is perhaps expanding for us to understand that Quakers today believe that whoever recognizes that inner spirit can communicate directly with the divine.”

The group went quiet as if participants were awakening to something new. Chantelle continued, “Gnostics saw the interchange of ideas as pivotal to one’s self-understanding, and evil for example was not viewed as a moral absolute but as an illness or kakia from which one could be freed. Gnostics believed that most people suffered from such an illness because those people lived unconsciously without foundation. Within such a void of awareness, Gnostics saw the susceptibility of people to the dogmatists, with their absolute answers, quick fixes and guarantees of salvation from a barren life on Earth.”