Growing up in downtown Brooklyn, rough as it could have been never prepared me for winters of thirty below degrees and snow, knee deep to a seven-foot lumberjack

We had one winter that actually extended itself into the July 4th festivities. The previous winter, a friend would plow our driveway right after a major ‘fall.’ To say we got a lot of ‘falls’ was a commonplace statement. He would plow back past our garage entrance and make a sharp right. 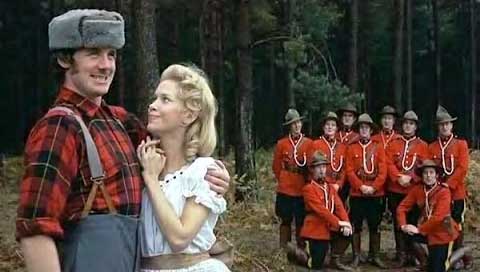 That sharp right ended in a child’s swing set which, over the weeks that stretched into months, was buried in a sparkling white tomb. When the snow melted, we found a swing set encased in ice, the last of which melted the fourteenth of July.

Inside the house, bustling with young life, busyness was the norm. The birth of a second child can be a hectic time, especially when the older sibling decides his lessons learned in potty training were frivolous because now ’his attention’ was shared with a younger brother.

In addition to double diaper duty, I was still picking up after a 6-foot roach. This may have been the inspiration of the Men in Black’s nemesis of that first film. I could not think of a better name for this debris dropping individual I called husband.

Now, don’t get me wrong. I still loved him; I was just not liking this offshoot of his personality. For the most part, I looked on the picking up as my daily exercise in weight-lifting and toe touching. It was just some of the things I had to touch made me become exasperated at times.

Truly, the lesson of the underwear was learned and applied to that problem but the ‘overall math’ in the clothing equation eluded this genius. I do not banter that term around loosely. My husband’s gene helped spawn three sons with IQ’s bigger than their britches. Yet, only one of them knows what a hamper is used for; the other two lean to their dad’s side.

Then the mutterings grew lower as I plotted the next maneuver; one never wants to let the adversary know the plans being drawn up. How to arrive at the most effective teaching moment to ensure lasting effect was the goal.

If men don’t think women would make great generals, they are deluding themselves. I haven’t met too many males that can outwit their wives or are more proficient in plotting than their mates.

I returned to work outside the home. My youngest being three months and his brother three years when they were thrown into the daycare pool. They had found a ‘soft touch’ in their caregiver who was a beacon in the everlasting white out.

During this time, I was able to buy a set of front loading machines and affordable on our budget. A little at a time. A co- worker’s sister had died; her niece decided the machines did not ’fit’ her décor and I was able to buy them for $15 a week until the price of $75 was paid off; these machines were top of their line in 1968, had been owned by that proverbial little old lady who drove, um.. washed only two loads a week, a white and a dark for seven years. As an aside, I used them every day for four years and my brother in law and wife who moved into the homestead upon our leaving, for fourteen more. Can’t beat top of the line! Or to one’s dislike because of looks. Hmmm … lesson in that, I be thinking.

Getting back to the home front battle, I realized I needed to allow ammunition to stockpile. I also needed to be nonchalant about the squeamish approaching.

My husband had now decided the best place for the dirty remains of his shedding was to the left of the entrance to our bedroom closet. Made sense to him because that unknown maw of the wicker named Hamper would injure him if he neared it, so shedding must be done at least half a room away.

I knew we were to go to a party at the end of the following week and felt that would be enough time for my plan to hatch. I washed all the necessary clothing during those two weeks leading up to the party. I figured the squeamish would be lost if the opposing side noticed his shedding was still not a bare floor but being fair, I did nothing to hide the pile, rather waiting for the light bulb to illuminate and checkmate called.

I hauled out the ironing board that Saturday afternoon to press my evening clothing for the party. Should I wear my mini dress and freeze or my maxi and drag snow in behind me to the party but be comfortable?

To a woman who took all her three-inch heels, put them in a large box and trudged them out to the dumpster on her wedding day between the ceremony and leaving on the honeymoon, this was not a contest. Vanity lost again!

I was just finishing up the shiny finish Pirates blouse that always accompanied that particular maxi skirt when my husband walked into the kitchen with a quizzical look. “I can’t find any of my clothes I want to wear tonight,” I asked him where he was looking. ‘The Closet! Where else?’ I told him to think back to when he last wore them and where he put them. He turned to go back upstairs, stopped and spun around. Narrowing his eyes, he said, “You didn’t! You didn’t wash them did you?”
“Must not have. They weren’t in the hamper, were they?”

Don’t feel sorry for him. He got his clean clothes. I deliberately started early to get ready so he could discover the problem. He brought me the clothes, the machines washed and dried

, and I ironed. He did need to make dinner that night; but he is a better cook than me, anyway.

Next #V – Splash in The Night