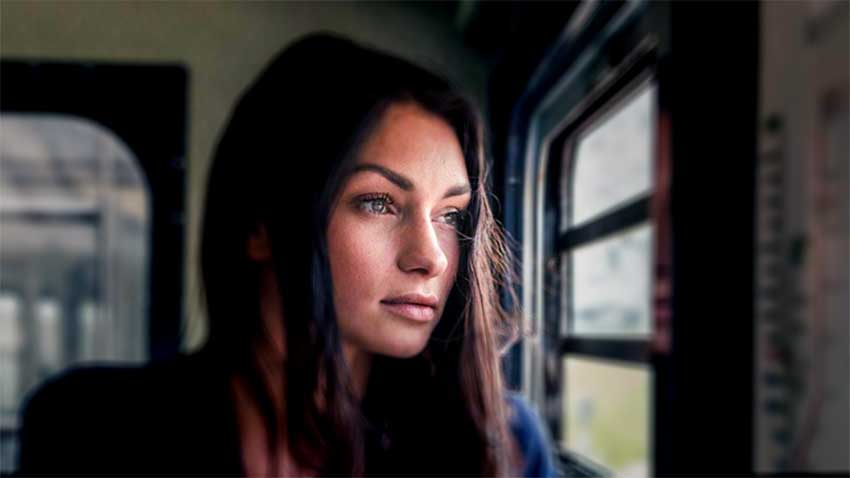 Destruction of Friendship: The drops melted off her skin and into a creamsicle puddle on page forty-two of her English book. She had to get her work done for class tomorrow, but it was getting harder to see the words in front of her, let alone focus on a classic.

The events of last weekend kept replaying through her head like a broken record of an artist you truly can’t stand.

Eight months. It had been eight perfect months and it was all over because of her.

Karen had spent her entire life confiding in Kayla. They had met on the first day of preschool and had been inseparable since. Every day, either Karen was at Kayla’s house, or Kayla at Karen’s sharing secrets and giggling late into the night.

This was the first weekend she hadn’t spent with Kayla since they were four-years-old.

Smearing the black ink printed on the page, Karen wiped the droplets from the book and tried to focus on Bromden and McMurphy. Seconds later, she slammed the damp pages closed, tossed it on the mint-green carpet, rolled over, and let her feather pillow absorb the incessant flow of her broken heart.

Tears continued to fall from Karen’s soaked cheeks as she tried to rid herself of the awful images – but the more she tried to forget, the stronger they were burned into her vision. She relived the dreaded moment every time she thought about Jason. She saw them together every time she blinked. It was as if she had stared at the sun for ten minutes and was seeing bright flashing lights everywhere she went.

It was last weekend: Saturday night. Karen had invited everyone to her house for a cast party to celebrate the end of the three-month-long torture chamber otherwise known as the daily spring musical rehearsals. Sixty-three people crammed into her two-story, four-bedroom apartment on Laker Street at 8:30 P.M. after their final show. It had been the best performance for everyone out of the six shows, but they were all more than ecstatic to have some free time again. For Karen, it meant time to catch up on schoolwork and maybe have some time to be alone with Jason.

The party was supposed to go until midnight. Karen had planned everything out ahead of time so she would be free to party and hang out with Kayla and Jason. Unfortunately, nothing ever seems to go as planned.

Jason. The image of the darkened bedroom penetrated her thoughts again.

Shake it off, Karen. Forget about it already! She pressured herself.

It was already 11:00 P.M. and the only sighting of Jason all night had been when he had walked through the narrow doorway, caught sight of Karen, gave her a brief nod, and then disappeared into the crowd – grabbing a cup of punch on his way.

Finally getting things in order, Karen began to look around for Jason. He was usually the center of attention, but Karen couldn’t seem to find him anywhere. Asking around, people said they hadn’t seen him for a good hour or two.

Upon reaching for her front jean pocket to pull out her maroon LGenV cellular phone, she realized she had left her phone on her bedside table in a rush to set up for the DJ (her brother, Eric).

Pushing through two rooms that were overflowing with people she had never seen before, Karen managed to make her way to the staircase, grasp the railing, and pull herself out of the touchy-feely group of loud, overjoyed teenagers. Mounting the spiral staircase, Karen took them two at a time until she reached the top. She had once tried three steps at a time, but it had resulted in her landing at the bottom of the staircase on her neck, thanks to her short legs.

Walking down the slightly crowded hallway, Karen elbowed her way through another unrecognizable group of people. Apparently having a cast party means “invite the world” in Brooklyn.

Reaching the end of the hallway, Karen was already planning what to text Jason when she picked up her phone. She strayed to the right and walked down a slightly less crowded hallway, processing the words in her head. The song “Fuck You” by Cee Lo Green was currently blasting through the apartment and the accumulation of about one-hundred-fifty high school students singing along was making the floorboards vibrate to the beat.

Reaching the end of the second hallway, Karen arrived at her wooden bedroom door. With a shove, she pushed in the door and flipped the light switch. It was then that everything changed. It was then that Karen felt as though someone with filthy, grimy hands had reached into her body and ripped her lungs out. Her feet stopped responding and all she could do was stare and let her jaw drop to the ground with a smack. It was probably the impact of the smack that announced her presence since the sudden bright light seemed to have no impact on them.

Then, it didn’t sound right, Karen remembered thinking. How could the two of them be together? They could barely stand each other – yet there they were. On my bed. At my party. In my house.

The smack had given them a reason to take a breath and realize who was standing in the doorway. It was at that moment that Karen’s feet came to life and didn’t stop until she was out the door, down the spiral staircase, out the narrow doorway (hitting her elbow on the door-frame in the process), down the marble steps, and down Laker Street to the worn-out and slightly rotted bench that had once been used as a bus stop in preschool.

Panting heavily, Karen braced herself against the rickety wood and tried to calm her breathing to a relatively normal pace. Two hours later, Karen had collapsed on the bench and was using her sweaty palms to wipe away the tears that were helping progress the rotting of the bench she was sprawled out on.

Getting up, Karen turned around and shoved her foot into the bench. Listening to it crumble behind her as she walked home, Karen was glad the bench wouldn’t be around any longer to remind her of that first day of preschool when she had met Kayla. She had destroyed the bench just like Kayla had destroyed their friendship. It was over. It was all over. And a smeared English book was all there was to show for it.

Writing is my passion. I'd love to inspire individuals through my words.