It was announced in a CBC press release to be a partnership with Bollywood, who is co-financing the production.  Expect them to go before cameras in July 2012 and be available for broadcast on CBC’s 2012/2013 season.  Sources close to CBC brass expect more to join this cast soon but I am making this up as I go along.

Who is the Swami Swindler? In October 2007 such a character became real in Etobicoke, Ontario. Imagine being a cab driver, or a car mechanic and you are South East Asian by origin. You want insight for the year ahead. You look in your community newspaper and find an advertisement, promoting Brother Roshan, a so-called spiritual healer.  You call the number, book an appointment. When you arrive at the location and find the address to be an upscale residence, where countless cars are parked, including a long line of clients up to the front door. 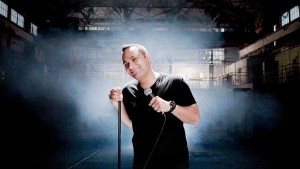 You are last in line which is composed of people with your ethnic heritage. Once in a while, the large, front oak door will open and someone will exit, but there are always more people coming and standing behind you.  Finally, you get to the front door and eventually get access to the residence. Once again, there is another long line up. After exercising enough patience, you finally sit down with the much sought after Brother Roshan. This spiritual healer is surprisingly young in appearance, tells you things about yourself that no one else knows. He makes the prediction, informing you to return with one hundred thousand dollars in small bills, because if you do, you will win the $21-million lottery on December 27, 2007.   “Tell no one about this prediction,” he warned. “Be quick about it too because time is passing. Tell no one; otherwise it won’t happen at all!”  You pay the Brother Roshan his princely fee and depart.  If you have money, you empty your bank account. If not, you over extend your mortgage, or go to a Payday Loans Center and get into debt with a large amount of interest, all to add to your woe.  When in possession of the planned payment, you go through with the hassle of booking an appointment with the aforementioned guru and visit him.  In due time, you pay Brother Roshan, get further instructions, and leave.  He imposes secrecy and the supplicant agrees to such a measure.

Like clockwork, you recite a special prayer that is promised to cause the promised win.  Yes, December 27, 2007 does arrive and you win nothing.  To add to your dismay, you return to the upscale residence, looking for an explanation, meeting others from your community, all possessing the same complaint, including the home owner who rented out the property. So the police are called and the mainstream media awaken to this outrage.  Countless victims come forward but the authorities feel there could be more and the media report these concerns and dub this culprit ‘The Swami Swindler.’  Weeks and months pass by. Finally, the American news agencies suggest that a Swami Swindler type of character and his accomplice has completed the same scheme in fifteen states, before fleeing overseas.   For the record, different police forces allege the same scam was pulled off in New Jersey in 1997; Sugar Land in 2003; Chicago in 2004; Union City, Calif. in 2006 and, finally, at a Mississauga home on Guildwood Way in 2007.  At that time, a Canada-wide arrest warrant was issued for Mohammed Umar Ashrafi, 43, also known as Mohammed Roshan Zameer, 43, who police say posed as Brother Roshan, and Latafat Ali Khan, 36, who also goes by Shair Ali Khan and acted as Ashrafi’s assistant.  “I am asking myself how in the world I could do this,” said one victim, Kamal Khairah,  who told the media. “It has become a joke now. I really don’t know, should I laugh or should I cry?”

If such a story would ever come to the attention of the imagination starved entertainment outlets, it would make for an interesting show. If the CBC and Bollywood would come together and commission myself as the screenwriter for such a project, I would go through all the evidence, find a commonality in all the victims’ experiences. Such a story would light up a TV screen, or even a movie theatre, only adding to the star power of Russell Peters.  If not, with a little instruction from a weekend workshop, I could adapt the Swami Swindler to stage, maybe even a Mirvish type musical, or maybe an off-Broadway production. We can make it into a one man show, where a talent like Mr. Peters could display his dramatic, acting skills.  If Mr. Peters is not available, we can find his half-brother, or his envious, industry rival, who would be just as good.

I learned about the Swami Swindler when I picked up an old Toronto Sun newspaper in a downtown Starbucks, where it was front page news.  I read it countless times. Whenever I looked up, I found I was surrounded by people absorbed with the latest laptops, iPhones, and electric handheld gizmo devices.  All being said, the next time the Swami Swindler comes to town, you should consider yourself forewarned!

Review (1): Mungai and the Goa Constrictor

Fran Lewis Feb 4, 2011 2
How Many Itis's Going to the doctor can really try your patience, sense of humor, and stress level. Ever go to the…
Writing