Opening Chapter
One heart, three lungs, triangular rib cage, three shoulders, three arms. Grey, white, green. Well, grey, white, greeny brown. Three aliens pulling at my outstretched arms, from three sides of me. A short grey alien, a tall white alien and a kinda grey-green-brown reptilian alien pulling at my arms from all around me. They’re pulling my fingers into their respective mouths and eating…

You don’t realize, as the world cruises by at a pedestrian pace, what’s out there. What the real world’s really like. You don’t realize what you’re missing. You go to school. You do your job. You take home pay. You go out at the weekends. Have dinner. Go see a movie. A football game. Drink beer. Make love. Shower. Rinse and repeat. But there’s a REAL WORLD out there, a place that nobody knows about. Absolutely nobody. It’s a special place with its own set of rules, plans and consequences. And it really exists, outside of the collective comprehension, such that the telling of this tale will seem irrelevant to you in a ‘it ain’t broke, don’t try to fix it’ GAE or Global Apathy Epidemic fashion. I came to my senses, finally, after thirty-five confusing years on this planet, and it’s about time I tell you what I think your world looks like, through my own eyes and through my interaction with some of the strangest of your people. 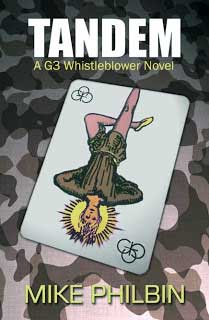 Like all good horror stories, this one’s going to begin abroad. ‘En vacance’ as they say here in southern France. Well, not actually on vacation, more like a foreign assignment with the perk of time in lieu that my boss recommended I take before returning to the office.

My name’s Lorien Howell. I’m thirty-five years old; SWF or Single White Female. I work at law firm ‘Convo & Convo’ dealing in ‘property rights and estate management’, just off George Street in central Oxford. That’s in England, in case you don’t know. I’m not expected back for ten working days. Ample time to rest and relax, one might think. Time away from the daily grind. Really?

Something didn’t seem right about this whole ‘oh, take time off after you conclude the Bozouls business, Lorien’ that was my boss as he handed me the details of the assignment. The Bespectacled Hen as I call him because he’s always clucking around my business like a Mother Hen or Papa Poule as they say out here, on the continent. And he wears glasses.

I’m his, like, Special Project and he seems willing to do anything to protect and serve the ladder of my career. I’m not that special. And we’ve never had sex. It’s not like that, I think. I hope. Let’s just say, “My boss loves me,” in that special way all competent bosses love their most productive and most lucrative employees. He will do anything to maintain my Golden Egg-laying Goose status.

No, that sounds too cynical. But that’s how it is. I’ve never had a problem with any requests I may have made in the course of an investigation into this person’s legal affairs or that person’s property portfolio or some corporation’s holdings. And I do run up some quite fantastic bills during the course of an investigation, that’s de rigeur or par for the course. But I just hand in my written reports (and my wad of receipts) and I never hear anything from the man. He’s stony-faced in victory or defeat.

Anyway, why was I over here in France, this time?

My business here involved a returning British national’s French estate (if you can call it that) and non payment of UK Corporation Tax for tax period 2005-2011. It was a salvage job, basically. A controlled ‘renationalisation of assets’ with the guiding principal being ‘no significant fall-out’ for either party. This was a way to ease the burden for our client in a way that satisfies the demands of the Tax Office. I mean, after all, we don’t work for the government, right?

The liquidation of our client’s Bozouls property would be no great loss to his portfolio. It’s big, with ample acreage when compared to many neighbouring properties of a similar age, but it’s impractical for a long list of reasons, hence it became a prime target for disposal. The main reason being that it’s effectively empty for eleven months out of twelve and the local Mairie don’t like that in such a property-eaten hole as Bozouls. That’s what Bozouls effectively is, a deep hole in the French countryside where once ran a river. The walls of the gorge were formed by the surrounding landscape collapsing into the stream leaving this massive hole in the natural kink of Le Dourdou. Hundreds of meters of sheer cliff face. In Bozouls, they talk of ‘the price of falling houses’, as illustrated in a recent local newspaper article where yet another of the 19th century properties had ‘fallen into the pit’ taking the absent owners lifetime of possessions with it. Down to the scrub and trees below it all went.

I’m fairly adept at the major Latin-derived European languages: Italian, Spanish, French. And I’m relatively au fait with European Property Law. Anything that I’m not totally comfortable with, pertinent to a specific case, I can always read up on during the journey out. Don’t ask me about German or Portuguese or anything from any of the eastern or northern European countries. They can send somebody else. I’m talking about the ‘warm blooded languages’, not the languages of the Ice Realms.

And by ‘Latin-derived European languages’, I’m of course also talking about any foreign assignment that might include a trip to South America – excluding Brazil, which was invaded by the Portuguese – and any French-imperial territories in or around Africa etc. I’ve done my fair share of international travel, though I’m not the greatest fan of commercial jets. In Europe, I tend to go by train. I’m a traveller, not an arriver. I’m one of these people who ‘likes to enjoy the view’ as they meander towards their assigned destination.

I’m also a bit peculiar when it comes to credit cards, phones and accessibility during my time away. I tend to avoid the major chain hotels and restaurants, whenever possible. I just have this thing about paying in cash. I’ll always choose a place that accepts cash rather than card, call me an old fuddy duddy if you like. It’s the way my cookie crumbles.

I refuse to take a mobile phone or smart phone with me on these overseas assignments, whether it’s my own or one my boss insists I take. My somewhat-Spartan philosophy being ‘if I can’t work it out for myself, why do I have the job in the first place?’

I mean, hotels tend to have telephones and they don’t generally mind charging you to use them. In fact, I’ve only phoned base from abroad once in all the years I’ve worked at Convo & Convo and that was when I was ‘very wet behind the ears’. Embarrassingly so. I learned that hard lesson and moved on. Never looked back.