I was reading an article today in a magazine that shocked the crap out of me.   It was talking about women no longer fearful of contracting HIV and are less likely to use protection.  Most single women only used protection once in a while and most women had up to six partners.

Since when is it impossible to contract HIV, STD’s, or anything else that can be passed through sexual intercourse?  The last time that I checked, HIV is still a major problem in the United States and the rate of STD’s has risen tremendously over the last five years. 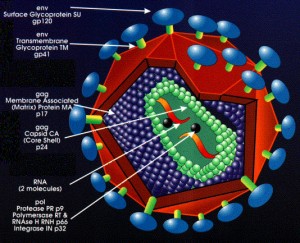 You want statistics.  One if four adults carries an STD and some or most don’t even know it.  Syphillis which was once almost eradicated has become one of the most popular STD’s among women as well as gonnorhea and chlamydia.

Unwanted pregnancy is also on the total uprise more than it has ever been reported.

It really amazes me with such staggering numbers of HIV and STD’s that people would even have unprotected sex until they both were tested.  There is nothing wrong with asking your partner what his or her status is or knowing your own for that matter.

Do you know how many people are running around with vaginal herpes or are carriers of this disease?  There is no cure for herpes.

Why are people thinking they are above contracting any sexually transmitted diseases.  What does HIV look like.  Who would know because even the sickest people with HIV these days looks healthy.  Medications have made it possible for people to not show signs of HIV for a very long time.

You, my friends of the single world, are not invincible.  Do you really think that having multiple partners is appealing. What happened to women being named those lovely names that have many partners.  Does it make you feel proud to see how many people you can bed down before or if you settle down?  Do you feel that you shouldn’t have any self worth and just sleep around with as many people as you can?

Respect yourself enough to protect yourself people.  There are enough people suffering in the world from things that they have no control over.  These things you do have control over.  No glove no love.  If you can’t love yourself how can you love others.  You have to give yourself respect in order to get it.

The Seasons have Changed!

Pat Bertram Mar 22, 2021 1
Best Writing Advice: Who gave you the best writing advice you ever received, and what was it? The best…
Writing