Did the Wild West have more gun control than we do?

Being docile and inactive does not improve anyone’s chances for a gentler and kinder America. We have to protect our rights, our future and ourselves now. Just how we do that remains to be seen. 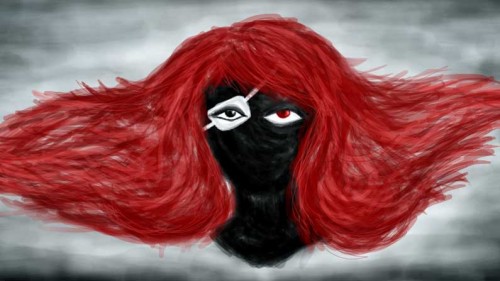 What is to become of us as a society with so much killing in the world today? Sadly, killing is not a new concept for humans. Even the most unintelligent cavemen used rocks or cattle bone clubs to kill each other or for food and self-preservation. Freedom of lifestyle requires great defense and final resolutions.

We shouldn’t be so naive to think hate cannot corrupt the good. Both the cavemen of past and the terrorists of present walk with superiority, living outside civilization’s rules and democracy. There only primal thoughts are to kill or be killed. There has always been an ongoing debate as to whether cavemen were human or animal; now we wonder can terrorists could be part animal? To kill indiscriminately is animal-like; and unfortunately, humans cannot out-talk hate.

Violence causes more than 1.6 million deaths worldwide. One of the leading causes of death in all parts of the world involves ages 15 to 44. We have many influences desensitizing us. Who of us older than 44 wants to die with a Paint Ball to the head or stomach? Then there is film after film along with commercials, glorifying killing even globally. We remember with clarity the mobster’s reign.

Of course, we all know there are personal, peer, family, and social factors that heighten hate, sometimes even between the sexes or genders. But most alluring to our young is the raging voyeurism that disillusions and turns our young into killers. We must not sit by and watch without turning aggressive ourselves.

We must remember the cowboys, mobsters and cave men sealed their fate by practicing an eye-for-an-eye. While wrestling with dos…don’ts and what now, all of us must become more aggressive in protecting ourselves and our way of life. God gave us brains along with will power and talent to do so. Hillary Clinton blamed the NRA and Republicans for these mass shootings. Is our Congress out to get us rather than protect the common of us?

I am afraid we are following Thailand’s lead. It came that the leaders of a coup took a number of steps, rather systematically, (as if they had a shopping list,) much like the global terrorists are doing today. For Thailand, it was only a matter of days, when democracy had been closed down: the coup leaders declared martial law, sent armed soldiers into residential areas and took over radio and TV stations. They also issued restrictions on the press, tightened some limits on travel, and took certain activists into custody, much like in Ferguson, Missouri. Right after a young black was killed and left to die in the streets, we experienced tragedy after tragedy.

Americans must learn to think ahead, have escape plans and be vigilant when in crowds or surrounded by conflict. Adam Winkler, Professor of Law, UCLA, says, “After a decision by the Supreme Court affirming the right of individuals to own guns, then-Chicago Mayor Richard Daley sarcastically said, “Then why don’t we do away with the court system and go back to the Old West, you have a gun, and I have a gun, and we’ll settle it in the streets?”

This is a common refrain heard in the gun debate blistering the airways. Gun control advocates fear and gun right proponents hope. Regretfully, the Second Amendment has transformed lifestyles into modern-day versions of Dodge, much like in the Old West. Many think the ozone layer is making us hot, cruel and angry; and, the moon seems to be driving the mad, disabled and lonely with hate. Thankfully, those of us with faith can use tragedy to push us closer to God and his master plan. I wonder if the terrorists are at war with God or vice versa.

Joyce White Dec 14, 2018 3
The Funny Thing about Writing Frederick Franck, in Art as a Way, tells us “The point of practicing an art is…
Publishing