The Complacent March of Men…

Hanna Rosin says in her article The End of Men, “Man has been the dominant sex since, well, the dawn of mankind. But for the first time in human history, that is changing—and with shocking speed…”

There is an unprecedented role reversal underway and I am wondering if men are too complacent in their search for a new career in our postindustrial society. Is the struggling middle class turning into a matriarchy because men won’t take jobs they think are beneath them or previously dominated by women? Statistics tell us in one out of four families the woman is the higher paid. Even though women are smart and making most of their own decisions now, I wonder why it is that women always get fired first? On the other side of the coin, I wonder if women are becoming the new Alpha dogs in town because men don’t care enough? There are three things men can do with women who outshine them, love them, suffer for them, or appreciate them. When our men outshine us, we can love them, suffer with them, or turn them into literature. If you want to see some high flying women, check out Women at the Top Blog or the Braveheart Women on my own Website. 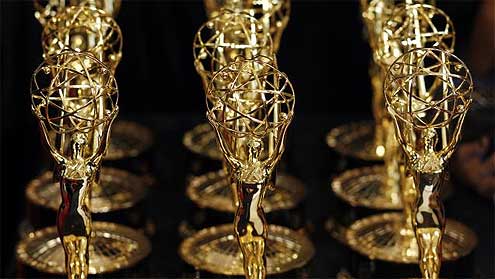 Much similar to our PMS thing, some men lack testosterone and it poisons their personalities and drains their physical and sexual energies. They listen when confronted and backed into disagreements. Most men also like to veg out and do nothing. They can stare at the television for hours and yet not be able to explain the real plot. They use this ability to zone out to their advantage against women. Women, on the other hand, have a hard time sleeping because our brains will not turn off on command like men. I have watched the march of complacent men with all their ups and down, and feel like they are stranger than fiction.

George Carlin says the only two things you need to know about men and women are: (1) Women are crazy and men are stupid. (2) Women are crazy because men are stupid.” Other differences between the sexes are: men like movies where someone dies very quickly; and women like movies where someone dies very slowly. If the Three Stooges comes on, immediately the men will get very excited and laugh hysterically imitating the actions of Curly, man’s favorite Stooge! He usually gets his point across with a slap or punch to the other Stooges. Women roll their eyes and groan at the idea of hitting or humiliating another to get their point across. Besides these differences, women and men aren’t as different as you might think. Dozens of studies found that men and women are basically alike when it comes to personality, thinking ability and leadership. The differences that do exist may reflect social expectations, not biology. Curiously men often see what they expect and expect the female sex is fundamentally different and not as good.

While watching the Emmys recently, I began thinking how man has changed over the years from heroes to blood-sucking vampires, werewolves, rapists and other such beasts. We’ve watched women be victimized by them all. With the absence of fathers home at an all-time high, I fear our children have no real role models of men being kind and responsible to their women and children. Years ago there were good fathers and family dramas on television like Andy Griffith and the 70’s Show, where the father figure has strength of body and mind, who “protected women and promoted manhood,” like Judge Joe says.

Those of you who are seniors may also remember a very popular show that ran on the radio from 1949 to 1954; and on television from 1954 to 1960, a comedy called simply, Father Knows Best. On the radio, Father ruled his nest like most Alpha males, sarcastically and steadfastly macho. The television version toned down a bit for their advertisers, both mom and pops staged advice and moral values to their two daughters, Betty, Kathy and Bud, their son. As a young girl myself I loved the show but even though their family was represented as middle class, it was clearly the upper class. After all, all were properly and expensively attired even the kids. The father sold insurance and always had on a suit and tie on; and the mother always wore a pretty dress with makeup and hair done. There were no mention of poor or unemployment.

The 35th most popular show of all times was the wildly popular Roseanna Barr’s show from 1988-1997. They portrayed a less affluent family more like real life but basically facing the real life issues like: struggling with like unemployment, economics, women’s rights, sexual harassment, homosexuality, alcoholism, drugs and teenage promiscuity. Roseanne’s show was significant for its portrayal of feminist ideals including a female-dominated household, a female lead whose likability did not rely on her appearance. So many shows today show fat or elderly men with beautiful women like Married with Children and the King of Queens and now the Middle is so popular. In Roseanna Barr’s show the women were at least cooperative rather than competitive, and were openly expressing themselves without negative consequences from the men or the public. It is true Roseanne’s husband was a blue-collar true Alpha male who ate and drank too much just like the rest of the women. He was big in statue and loud of mouth, yet supported his family unit emotionally and financially when at all possible. My favorite shows today are the court shows like Judge Judy, The Good Wife, Person of Interest and Bones. It is scary to see how far our men have slipped from the past by watching time march away on the television. There is no room for complacency in today’s home or job for men or women.

Sadly, many of our unemployed men are becoming this country’s growing entitlements class. This may be due to their inability to communicate effectively and they need to get an education that will lift them into the present. Unlike men, women have always loved English and writing, often dotting their i’s with hearts to express themselves. We are in the informational age. Communication is necessary to not only exist but to survive. Most men hate cursive writing and expressing themselves on paper whether it is in cursive or simply chicken-scratching on a Hall Mark Card. Thank goodness men learned to text and are communicating more with their women. Men need all the hormone supplements they scan swallow if they want to compete with women in our new postindustrial society. They need to become computer literate. Both men and women are irreplaceable socially but we need to work together. In the past most Alpha men and macho men resented that women love to gossip. After all these years, they’ve realized we, consequentially, got smart that way. Men love smart women because opposites attract. It is also true most women want companionship but men need companionship. Women can do without a mate better than men because we accept cooking and cleaning as necessary and we plan ahead. Since we cannot be everywhere all the time, we understand that the male is a domestic animal which, if treated with firmness and kindness, can be trained to do most things around the house and still be the exciting fun guy to come home to. Men can catch up if they cared more about their appearance, health and their attitudes towards women. It seems like there are slackers, there are complacent men and there are workaholics.

It would be nice if there were another group called the King of Queens, like Kevin James character on television. He loves his boring job as package delivery but his favorite part of the day is coming home to Carrie, his wife. This is what I call a real Alpha man. Women need men in our lives that hold us up and lay us down with love. We don’t need complacent and self-satisfied men who do nothing rather than learning new skills needed today to prosper and evolve.

Dorian Martin Feb 11, 2020 0
Proofreading Skills: As a freelance writer, one expects you to deliver spotless written copies and produce…
Writing