By Jack Eason Last updated Dec 22, 2020
1
Share
If you literary leanings are towards writing full-time, you have to become totally obsessive with each project. You have no other choice, if you want it to work on all levels.

At this moment in time, my mind is completely given over to writing an anthology of sequential short stories for the five fictional characters born out of my imagination some months back. 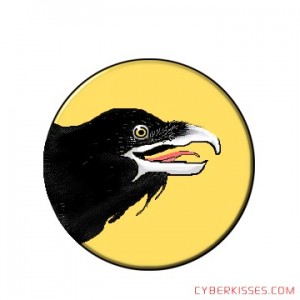 At the beginning I simply dreamt them up for one fantasy short story. But as I soon began to realise that they had completely taken over my imagination. Needing to write a series of short stories about them quickly became my current writing obsession.

With their help, between us we dream up scenarios for them, protagonists to encounter; situations for them to live through – both benign and dangerous. In fact thanks to their help we’ve created a whole world for them to live in before humanity arrived on the scene. We’ve even created the colloquial language they use, their personal idiosyncrasies, weaknesses and strengths.

Along with the five main characters, we’ve also invented a supporting cast of equally oddball characters, including a one eyed lisping raven named Bejuss with a twisted beak.

Until I’ve written down their last adventure, my current obsession with them will continue, to the exclusion of all other writing projects – er, I do beg your pardon, obsessions I mean.

They have dictated, and I’ve written down, twelve tales so far. Only another twenty-eight to write in this anthology, at least that’s the target we’ve set. By the time number thirty is written, we may decide it’s simply not enough.

Who are these five characters who have completely taken me over?

What are they – five friendly wood goblins?

But goblins are evil, nasty, hideous little troublemakers I hear you cry. It’s true that they have always been portrayed that way through folklore and fairytale over the centuries – think of Grimm’s Fairy Tales. But I thought the time was long overdue for someone (me) to offer a completely different view of them. Not all people are bad, most are good, or at least cause no trouble, so why not five wood goblins?

Now it’s time to get back to story number thirteen, my coffee break is over and my characters are ready once again to dictate their next adventure to me.