Long time ago I had a female friend, who I am calling Kate. Kate would look at me, say something relevant or insightful about me, and end her observation with a manic laugh. “I am mentally ill,” she would weirdly say, throwing up her hands at the impossible.

By chance, at this same time, I read a Crystal Children book by Doreen Virtue. This work described an emerging new generation of highly intuitive, creative, and sensitive people that would be the future leaders of humanity and they were known as Indigo, or Crystal children.

When I approached Kate about this discovery, she began to the process of unlearning her past experiences. 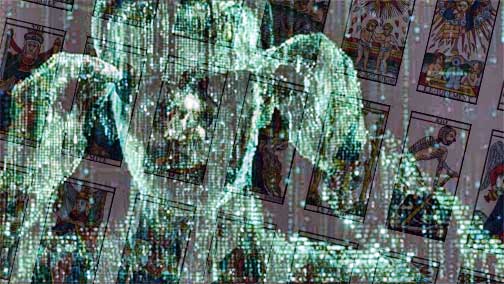 “Why would you call yourself mentally ill?” I would ask. “I never told anyone about this before, not even my own family,” she answered with an involuntary tremble. “What happened?” I had to ask. “When I was a student in high school, I never fit in. I never fit in with family, friends.

If I had friends they would change on a dime,” she moaned. “I don’t know who my real friends are.” That being said, Kate would repeatedly get me to affirm our friendship, all the time. But that is another story. “When I went to the school counselor,” resumed Kat, “I told them I was depressed. They then referred me to a doctor. I told the doctor I was depressed. And next thing you know I am in a mental hospital. That experience scarred me beyond belief. I never forgot that,” she told me with the full force of her personality.

“I never forgot about that at all!” she exclaimed, “It scarred me beyond belief!” “What happened then?” “I never told my parents about my predicament,” she continued with a sigh.

This made my problems seem insignificant. From then on, Kate would still proclaim herself mentally ill, all with that manic laugh. Sometime afterward this conversation, Kate dropped out of York University’s Environmental Science Program, lost her apartment; couch surfed for a year, got an ESL certificate, went to Germany on a hunch, and got a job teaching ESL in a private school in Berlin.

She now has a shared apartment where she pays 200 Euros in rental fees per month. Why so cheap? When the Berlin Wall collapsed, everyone left the city as it was. It has not changed since the Cold War. Unlike Toronto, no greedy real estate speculators came to the city to up the value of rental property. It was left as is. Kate even was allowed to teach beginner French, yet has no university degree, nor a teacher’s degree.

For that Indigo adult, her hunch paid off. This past year, I met a Crystal adult in a cafe. Her history was interesting too. Michelle, as I am calling her, saw auras, drew them too, and read tarot cards. At age fourteen, Michelle dropped out of school, moved out of her parents’ home, and lived on the streets of Toronto, before finding that energy, or vibration, coming from Kensington Market in Toronto. She slept in abandoned buildings, smoked up, had sexual affairs with both men and women, but at that time, she could see her future husband in Thailand, trying to survive as a struggling folk singer in a remote land.

Through her abilities, Michelle confronted her mother, saw past that perfect housewife image, accused the mother of smoking pot, and having several lovers. Yes, that marriage with her parents went on the rocks. The father, who was not helpful to Kat at all, left the house to the mother, moved out, and had to pay spousal support. Kate could see him struggling and paying for all the grief that he caused her. The mother remarried, maintained that perfect housewife image but Kate looked beyond all that.

She could feel the vibration in Kensington Market, and strangely this led to the Gulf Islands of British Columbia. She described the Gulf Island as the furthest island west of Canada on the West Coast. When she went there in the past, she felt her energy return. On that Island, it is said billionaires lived in mansions, and artist types lived in tents, or log cabins. Every weekend, the billionaires and artist types would get together in a farmer’s type market, and this is how the groups would coexist.

To her, it was warm, had the mountains, the scenery, and was much like Hawaii. She also felt this same energy on a Greek Island off Greece but the spectre of desperate, unemployed people would disturb the peace. I was told of this romantic, ideal get-away, but it is second hand information. Maybe I am gullible, and gullible is not even in the Oxford Dictionary anymore, being replaced by an increased selection of profanities, all to generate sales with that millennial generation, of course. Any hoot, Indigo’s, or Crystal adults, or Light Workers, can be found in groups on Facebook.

I was told that there is a meet up group for them in Toronto. You will find them here. It is reputed that an agent from the Canadian Security Intelligence Service follows, and harasses the leader of that Indigo Meet up Group. This leader is said to have had harassing phone calls, her phone was bugged, and wherever she went, she was followed by a gray colored car. “The instructor of that group is also paranoid,” Michelle would tell me, “but it was all true! It was all true, indeed!”

Somewhere along this way I was told to read the holographic universe. Why? The Indigo’s, the Crystal Adults, or Light Workers I have conversed with see this human life as nothing more than a hologram.