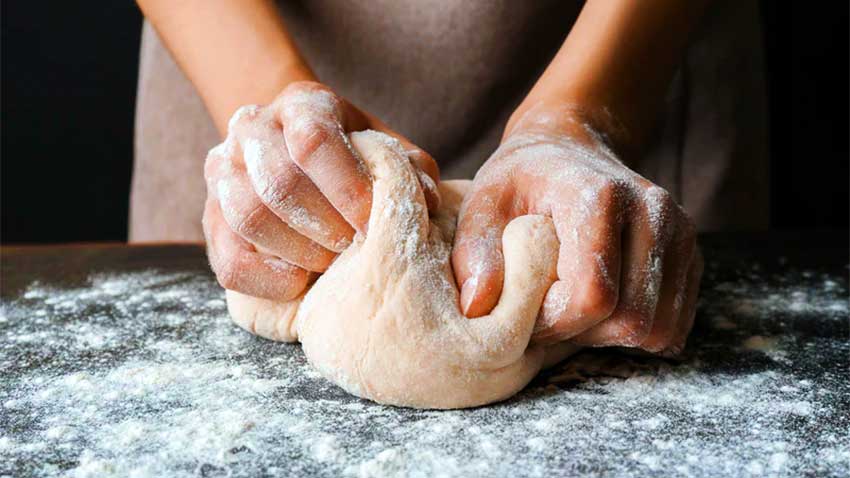 Some folks say your hands can tell the story of your life. Well, my hands can’t talk, but they’ve made so many pies, I bet they could do it themselves if you cut ’em off and gave ’em the right ingredients, I sure do.

‘Course, I ain’t made pie in going on forty years now. But for me, pie’s like ridin’ a bike: it’s something I’ll never forget.
It’s the crust ever’one frets on. You got to measure out two cups of flour exactly, and a teaspoon of salt. Eamon liked to tease me about this. He’d say, “Been making pie long?”
And I’d go, “My whole life entire.”
And he’d say, “And you still measuring?”

There’s things I did by feel. Mothering, for instance. Baking, I measured.
Mix that flour and salt in a bowl. I always used my largest, white with blue stripes around the side. A wedding gift from my Mama, come in a nested set, three different sizes. Like him and his two brothers, Eamon liked to say. Then cut in a cup of Crisco with a pastry blender, looks sort of like a small harp. When he was young and still in the kitchen, Eamon’d play on it a time or two, just to show me.

You got to work that fat in real good, blend it, all the way through. The recipes say “till it looks like small peas,” but that ain’t nowhere near enough. I pity the woman that tries to make a piecrust from the recipe on the side of a tin of Crisco, I sure do.

You got to mix it in completely. Stop too soon, all you got are lumps of fat with flour on the outside. Never get a piecrust out of that. Get it right and it clumps up on its own. The more you mix, the bigger they get. Pea-size ain’t near enough, no sir. Needs to be lima beans. Bigger, even.

Then add your water, a tablespoon at a time. Mix well after each one. Four tablespoons in all, that’s a quarter cup. Less sometimes, if it’s really humid.
It was the day that Eamon left, ever’body’s clothes sticking to ’em like a second skin.

Well…
Dust your hands with flour, make the dough into a ball. Knead it a bit if you like, just to be sure. And don’t pay no never mind to them that says too much handling’ll make that pie crust tough. You don’t got to worry about that at all, uh-uh. The more you handle it, the better.
Babies are like that, too. Folks think you spoil ’em, picking them up whenever they cry.

But some babies need it. They just have to feel your hands on ’em. You can carry them around with you all day if you have to. No sir, if it’s one thing I know, holding them close is the making of men, not the ruining.

Next, you roll out that dough. Cut it in two. Plunk half on a piece of wax paper and dust it with a little flour, soft as talc. Cover with more of that wax paper, a little flour to keep that from sticking, too. A bottle of pop will do in a pinch if you don’t have a rolling pin. Roll it thin, peel the top paper off, and take the bottom with the pie crust on it and flip it into a pie plate.

Peel the paper off real careful-like, but don’t pay no mind if it tears–just dip your fingers in some flour and press it right back. Mends it up and no one’ll ever know the difference. But you can only compare a boy and a pie so far.

Put the filling in, roll the other crust out, too, and put that on top. Crimp the sides together real good so it don’t leak none and cut some slits on top, for the steam.
Bake it, four hundred-twenty-five degrees, forty-five minutes to an hour, depending what-all’s inside.
Best pie I ever made? Oh, that was on an early summer day, like I said, more’n forty years ago now. Ain’t never made another. Promised myself I wouldn’t, not till he come back home.

Well.
I remember it like yesterday. All of us smiling and laughing, talking and talking about nothing really, no sir. Eamon was like a brand-new penny that day, shining, handsome, everything before him. Telling me how much he loved me and respected his daddy, the two of them clapping each other on the back every time they was in spitting distance.

Eamon even said he loved his germy younger brothers, punching them in the shoulder all day long, and then hugging them tight, just the once. His daddy was so proud of him. Funny how a suit with brass buttons can make a man lose all sense.

“It’s an honour to serve,” Eamon said. And I knew what he meant, I surely did.
The whole family was there, uncles and aunts, cousins, friends and neighbours, too. Even the Mayor, like it was some goddamn Fourth of July. We laid on a barbeque, just the way he liked it—ribs, coleslaw, potato salad, deviled eggs, corn on the cob, biscuits, watermelon, and of course his favourite, rhubarb pie. I made four of them that morning.

Ever’body said I made the lightest crust around. Like I told you, the trick is to work it enough, to get everything mixed in just right.
Women often fail at pie because they give up too soon.
I brought it out to him, still warm from the oven, ice cream on the side. Eamon liked it that way, the tart bleeding into the sweet.
The light from the sun

“If anything happens,” he said.
And I hushed him, wouldn’t hear it. Just wouldn’t. I told him, “You finish that pie, now. Your ice cream’s melting in the heat.”
(an excerpt from The Meaning of Children and originally published by Gemini Magazine; also available at Fictionaut.)

Hear more about The Meaning of Children

Jack Eason May 12, 2012 1
If you are the kind of reader who desperately needs to have every nuance, every action and reaction explained to…
Featured