“How are you? You look,” he couldn’t finish his words and looked around, “we can’t stand in the street like that, let’s go up the Tower, no one will see us from there.”

“Let’s sit at Apple Bees, it is very near”
“Are you sure, it won’t be a problem for you?”
“No, come on don’t worry”. She was about to open the passenger’s door again, but this time to sit by him, when he cried, “I think you should take a Taxi, it’s very inappropriate to come with me.” 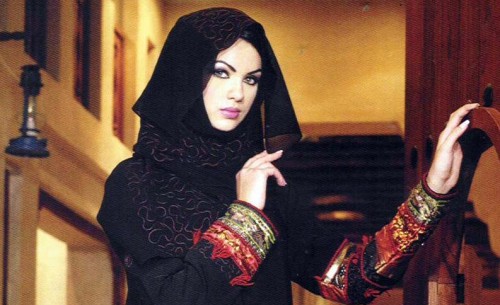 She didn’t know how to feel as she stopped another Taxi just to take her 2 K.M. She was either filth that should be avoided or a precious stone that should be cherished. He followed the Taxi, to the floating restaurant on the Nile. He parked his car, paid for the Taxi, and opened her door. She sat in the Taxi waiting for him to end all this, doubt and fear began to creep to her soul. However, when he opened the Taxi’s door she felt that she was his precious stone.

He left her to follow him but opened the restaurant’s doors. A waiter met them to confirm that it was open to serve hot drinks only, till 1 pm. He looked at her doubting that they would stay till 1 pm, but Dina decided to handle it from there.
“Get us a Late’, then, till 1 pm.”

The waiter seated them at a table on the far end of the vacant restaurant. They sat each on different sides of the table facing each other. He looked at her as if seeing her for the first time.
“How are you?” came his empty words.
“So what is the important thing that you wanted to see me for?”
“I wrote you an email”
“I didn’t check my mail yet”
“I printed it out”. He got two folded papers out of his pockets, “read this”.
“Now?” she couldn’t believe that she could spend any time distracted from him.

She unfolded the papers, counted them, and found they were three. She saw them too long and would need time and attention that she couldn’t spare. She was there with all her senses, She skimmed through and found out it was a story, starting with once upon a time. She looked up to his waiting eyes and told him.

“I can’t read it now; I’ll read it at home”
“Are you shy?” Looking very understanding “Let me read it to you”

She wanted to scream I just wouldn’t understand a word. Let us forget about this genius email of yours and let us talk about Love. She smiled in patience instead. He started with “once upon a time” and was interrupted by the waiter setting down their Late’. She thought he would be distracted, but it seemed that nothing could distract him from that email.

He began again as she sipped her coffee. He smiled as he said, “you look amazing today, I can’t take my eyes off your face. You are a perfect lady; I really don’t deserve all that beauty, tenderness, simplicity, you are everything a man wants.”

Dina couldn’t believe that those words are said to her, she wanted to freeze the moment or to put the entire universe into fast motion until the day of their wedding. She would be his wife, the wife that he wants and would never annoy him. She would always look as pretty as today, if he likes her, like that. She would cook all his favorite food and would work, study, have his kids, do everything the best she could.

Her thoughts were interrupted by his;
“Once upon a time there was a sailor, anchoring his boat in the big rough sea. The sailor tried as best as he could but in the middle of the sea came a big storm that wrecked his boat and left him aimless, hopeless for days in the sea. He clung to a lodge for days and days to go till he lost every hope and closed his eyes letting his soul go to its end. However, tender hands led the lodge to a shore. He thought it was his paradise, but he was sure he that he didn’t die.

The shore was covered with white sand, as soft as puffy cotton, the skies were blue as the eyes of a newly born baby and the water was clear as the heart of a saint. The tender hands took him to a hut, gave him food and drink. The Island Queen offered him shelter till he regained his powers. He came out of his hut and sat beside the Island Queen in great peace and content, he wanted to spend his life sitting by that Queen, on that island.

But life isn’t always as easy as this, the sailor saw a ship coming towards the island calling him. He told them that he really deserted the big sea and found peace at that one, but they refused but to take him with them, taking him back to the big sea leaving the island Queen alone on the island waiting for a better sailor to accompany her, throwing him back in the big sea.”

Ahmed stopped but didn’t look up, tears filled his eyes. Dina didn’t know why and didn’t want to ask him, she just smiled saying, “I didn’t know that you write. It is very nice.”
“I don’t write, this is the first time, you inspired me” Ahmed whispered, “Did you get the message behind the story?”
“Is there a message?” trying to ignore.

“It is about me, I am the sailor and you are the Island Queen”
“but you said that there came a ship to take you from my island”
“yes, the sailor, had to go”
“go, where?” she said in disbelief.

“After my call to you in the middle of the night, my father had a little talk with me, he is my father, after all, I have to obey him, my mother agrees though, but she is helpless. She has to follow his rules. She does not like to face him. She knows it is useless”
“I can not follow what you say, I am sorry! What’s wrong again?”
“My father is opposing our marriage, he said that this can never happen in his lifetime.”

“But why? You said you love me and I am the woman you’ve ever wanted”
“You are! My father cannot understand modern life, he has set ideas that would never change”
“What are those ideas? Is there anything wrong? Did I do anything wrong?”
“I know it is not you to blame, but my father doesn’t blame but women for any divorce”

She couldn’t face him then, shocking by suppressed tears.
“Divorce in our family is such a great crime that no one ever dares to think about, it is such a great shame that no one can never carry”
She remembered her previous tear trace and felt safe to feel her tears to fall taking the same track. She was filled with gilt of a fault not her own, yet she felt that she has to defend her existence.

“You know it was not my fault, you know that I was abused; physically and sexually, how can I be blamed for all this? Didn’t you defend me?”

“I told my father that you were physically abused and he said, he was your man who you have to bear and I told my father about this sexual abuse you told me about, and he blamed you for saying those private incidents to a stranger and when I insisted on your virginity, he said that you should have bared your man. He was your man who you have chosen and accepted to marry. There is no alteration in that truth”

Her tears were no more in her eyes but were dropping painfully from her heart. She couldn’t speak, couldn’t even face him. She felt her deep sorrow for ever thinking one day to stand for her remaining dignity and insist on divorce after only seven months of marriage. The call for the Friday prayer was heard coming, in its loudest form, from the nearby mosque. The workers stopped the running music in respect to the sacred call and were getting ready to go for their weekly prayer.

He excused himself to leave her to join the praying group, he asked her to wait for him, they “have so many things to speak about”.

He left paying for the drinks before leaving the restaurant. She followed him till he vanished in the light outside the door. She looked out of the window and saw the birds still dancing on the surface of the water, people enjoying their ride in flukas, and cars rushing on the streets of the opposite bank.

How can he be worried to be seen by his mum, who’s working on the other side? She looked closely but failed to recognize any of the faces on the opposite side, though she had her glasses on. Maybe he knows that she carries telescopes around.

Dina moved back her chair, carried the branded bag, stood up, but didn’t know where to go or what to do. She moved to the door and threw herself in the sunlight with its vibrant summer’s heat. Her steps were slow, then became faster and faster-taking shelter by the huge, old trees of the Zamalek Island.

She couldn’t avoid looking at the extended line of couples sitting side by side, taking that narrow street by the Nile as their shelter away from the preying, eyes.

Some were holding hands, some were in each other’s arms or merely keeping each other in the eye, and all were disregarded the weekly prayer. They were even sitting in the garden surrounding the mosque and no one seemed to care to move. Dina continued her walk, passing in front of the Marriot Hotel, thrusting herself after few more steps, in the hustle of the 26th July Street.

She took the steps up to the Diwan bookstore, seeking shelter in its constant serene atmosphere. She stood in the middle of the shelves room. All that she had in mind was to find a book that could distract her. Her hands fell on almost every book touching it but failing to read its title.

People started to flood in, alarming her of her state of amazement. Why can’t she decide what she wants? She took few steps giving way to a young couple, and saw notebooks, she bought one and a fancy pencil and sat at the bookstore’s café. She wanted to write everything she knew about herself. She held the pencil and wrote; Dina Yousef el Komy. 2 Abou el Feda Street.

She looked at the blank paper and couldn’t write anymore. She heard him saying his “maybe one day” but couldn’t believe it. She remembered Ramsis’ statue and felt she was one. She was Ramsis’ Queen taken to the top of the mountain to be placed there as a symbol of absolute love and devotion but was thrown in the peek of her happiness, leaving her to shatter into a thousand pieces, in a great rattle with no sign of remorse.

School Food – Is It As Bad As They Say?