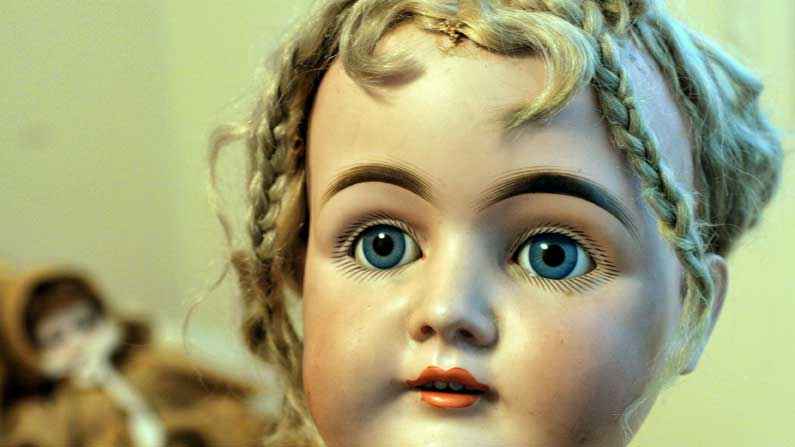 Grandmother catches rain in a rain barrel – near rows of dirt.
My small fingers twist a dented handle, like those I used

to turn on a faucet in our kitchen; this one attached to a barrel –
that is, if eyes from upstairs on the second floor are not watching me.
A girlfriend of mine, has a choice of what grade school she can attend,
and still, she’s a friend, she comes to my birthday parties, and her mother
buys me nice gifts. Oh, my mother would be upset if she knew I talked
this way. Well, she is my friend who gave me those new plastic
dishes for mud pies; I remember, I was wearing a red and white dress –

My friend had to know her dishes matched my dress . . .
Her present made me so happy, and the color was perfect; I wonder if she
picked it out? I bet it was her mother.
I filled those white and red cups with water from the old rusty barrel – served my
dolls a special cup of tea.
In the middle of our tea party my mother complains from our side porch
about the clothes line stuck in the center of our yard.

I tell my dolls to close their ears, not to listen to her,
besides – I was their mother.
I tell my favorite doll – she sits to the left, with long reddish brown hair
and blue eyes, I talk to her as if she were my sister – explaining to her – a line of
rope has to divide our space to dry clothes and play space. She listens
without opened ears.

When my father was a little boy his father chopped down a cherry tree, and an
apple tree, but we still have the pear tree – growing fuzzy pears.
Pears are hard, but Grandma slices them with her hands; her thumbs stick way
out: She wants me to eat pears but I don’t. She tells me, “Come on, they
are good for you.” I say no.

So my tea party doesn’t include any pears for dessert. Instead of pears,
we have red beans, like the plates from the friend on the other block who sometimes,
and I mean, sometimes goes to my grade school and gives great
birthday gifts – she’s pretty nice to me – sometimes. . .

Well, I taught her how to remove the red beans by placing her hand at the very bottom
of the vine – then quickly pulling up – now we were ready to serve my dolls.

Good thing back then we lived on a corner lot, you see, our sidewalk was longer – those
bushes with beans grew from one end to the other. Grandmother – she would sweat
from head to toe when she trimmed those bushes as I stared . . .
her arm’s would open and close, holding real big scissors.
I know grandmother watches me when I strip beans from her bushes, but never
complains. Mother never works in the backyard, only to hang wet clothes.

Did I tell you I mix dirt, water, and those red beans near our water barrel for my
pies? My dolls love mud pies, I tell them it’s special, like Orange Pineapple ice-cream . . .

Mama watches me from the side porch, she isn’t complaining about our clothes
line, she is leaning over our yellow railing – it was loose last week but my father fixed
it. On our front porch mother leans there to snip roses, “Seven Sisters,” even if she hates
them – that’s what she tells everyone . . . she snips them – places them in fancy
jars: Vases, I think they are called vases. She shows the roses off on the kitchen table,
like the way the mothers show off in tube tops. Mother tells me not to touch the flowers because
they have thorns and would make me bleed, sneeze, and my eye’s would be red.
I wanted a few for the red and white plastic dishes. I heard he tell my father last night she was going to
cut them down. Maybe next year on my birthday I will be some blue and white dishes and cups . . .
use grandmother’s Snow Ball bushes.

When I ask my dolls, they don’t talk, all they do is stare back, kind of like mother’s
eyes when she stares at me, I know what she wants. I think everyone stares in
my neighborhood including my neighbors, mother, those boys I send home with a
bloody nose, their mother’s, and anyone who walks up Seneca Street. Don’t forget
the grocery man. He makes a habit out of staring. I think he sits in his rocker when
we are about to leave school on purpose.

I carry my favorite doll around to our front porch, Mama is resting on our metal milk
box where I hide my paper dolls, inside. If one of my friends ever took them I would probably
do what I did one summer; but it’s an old fib. . . wrap whoever did it – into an old Navy
blanket. I wouldn’t be hurting a real person.

Next to Mama on the front porch sits her opened bottle of Schlitz beer, slices of cheese, and
lotion to tan her pure white skin. I almost forgot her opened pack of Chesterfields. When she
sucks in the smoke she holds it inside for a long time. Sometimes smoke comes out her nose,
circles her head, and reaches up to touch the highest rose, those “Seven Sisters.”

Mother was one of seventeen siblings. But, who knows, maybe my mother never had her own
doll to play tea with? She had to have had a hand me down, being the youngest girl . . . kind of
like my green bike that first belonged to her sister’s daughter. Well, I don’t have a sister, and
I wonder if I could share? Probably not, that’s why my favorite doll is my sister.
She doesn’t even tell me what to do.

Amanda MThrasher Jun 27, 2021 0
I Wished That Was Me: Sometimes, the oddest things happen in the neatest way. I rarely think about how I write.…
Writing