Born and raised in Malta, Rosanne Dingli received her education and her most significant youthful experiences in the Mediterranean. A Paul Collins interview.

Tell us about your background. Who you are, where you are from.
I’m a Western Australian author, who has lived in this glorious prosperous state since 1988.  I came over from the other side of Australia, where I lived in a number of places, having come to this country from Malta in 1982. 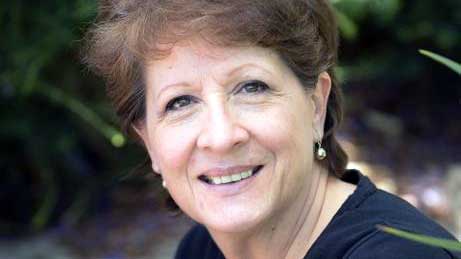 I started writing seriously in 1985 while living in a country town that was much too far from the sea for comfort – four days or so by car. I was still used to Malta, a tiny island – the sea is never less than about 5 miles away there, no matter where you go. Coming to Perth was good. Settling on the west coast has meant a lot to me.

The number of writers per capita here is extraordinary – there are many writing clubs and associations,  which made it easy for me to blend in and find friends – and work – in those early years. I’ve even lectured in creative writing at a local university. Nowadays I write full-time from home.

What themes does your book explore and what do you hope the readers will take away from the experience? Is there a particular feeling or experience that you hope to evoke for the reader?
I’ve written a number of books; of which about a dozen are currently in print. Four novels,  with the fifth on the way, six collections of stories, most of which were published or awarded shortly after being written, two novellas, and a book of collected poems. The themes I explore are various, but mostly I deal with mid-life confusion and romance. I like art, art history, travel, music, and literature, so my favourite conceit is to take something well known with a bit of a mystery attached to it, and build a story around the available facts and inevitable missing details.

What prompted you to be an author and did you have a specific inspiration in mind? Were you influenced by a certain person, artist, or genre?
Living in the country was a bit of a prompt. I had no job and would tell people I did a lot of writing. I did – I would bash out long letters to my mother in Malta, on a small portable Olivetti typewriter. I still have it. Eventually, I had to do what I said I did and started writing short pieces and poems, and sending them out to academic journals, literary magazines, and supplements. I was successful almost right away. It was fun. A steep learning curve, but fun. I gave myself a number of courses in Australian literature, publishing, the book business, and so forth. By the time I reached Perth, I thought I knew quite a bit … I didn’t of course.

I wrote my first novel between 1994 and 1999, which was published by a small Australian press in 2001. Lots followed after that. Since then, the book business has been turned on its ear, and there is, even more, to learn now than ever. I became a totally independent author in 2012 and now produce and publish all my own works. It’s a wonderful feeling, especially when sales are good.

If you could compare your book to any other existing works, which ones would it be and why?
My novels are literary adventures or thrillers, which take the reader along on a cultural quest. My first is an atmospheric or romantic mystery called Death in Malta, which is difficult to compare to the works of any other author. According to Luke, my second is loved by those who have read The Da Vinci Code. My third, Camera Obscura, is a thriller about art theft and fatherhood, which is also hard to compare with any other. My most recent novel, The Hidden Auditorium, is a quest based on the life and death of a very famous composer. I wonder if it’s not too silly to say that readers of Carol Goodman’s novels might like it.

Tell us about your latest work and what inspired you.
I am inspired by words. I rarely watch movies, and reading is not what I’d call inspirational. But sometimes I stumble upon a phrase or even two or three unconnected words, which race around in my mind… to be completely forgotten until they resurface and become the basis upon which I build a novel of a hundred thousand words. The Hidden Auditorium was triggered by the simple combination of two words: composer and Venice. Locations inspire me too, in a way – I have become known for the places in which I situate my action. I use European settings with which I am familiar, so I know how they smell, sound, and feel, as well as simply how they look. Locations are as much part of my novels as their plots and stories.

How can your readers contact you? Or buy your books? Or where can they sign up for a newsletter?
I don’t have a newsletter, but my blog and website are good places to look for new things I find to say to my readers and fellow authors. My books are to be found wherever good books are sold online, especially Amazon, of course. I can be contacted on Facebook, where my presence and activity is all about writing, reading, and books.

Thanks for taking the time for this interview. All the best!
I enjoyed this Paul – thank you very much for asking me to be here.

Excerpt from Camera Obscura, which was short-listed at the Best Kindle Books Awards for 2013. 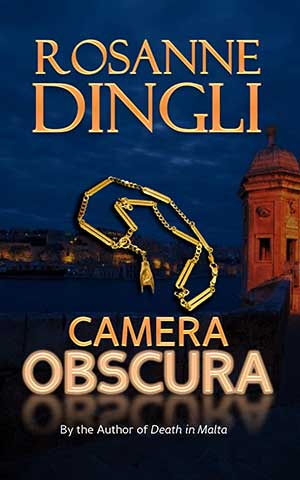 What now? Saqqajja Square was quiet around him. It was unusual, eerie, that early in the evening, to find a quiet place in Malta. What now? He had no idea where Minnie had run. It would be pointless to return to the narrow Mdina streets looking for her. Bart turned the key.

As ignition thrummed its noise, the passenger door was pulled open. ‘Um – look, you can’t just leave a crime scene, Zacharin.’ The voice was kind, not confrontational. ‘Quick thinking, that was. Formosa owes you his life. You know what happened, don’t you?’ Steve Roddsand inserted head and shoulders into the car, holding the door open. His face was flushed, looking like he had run after Bart from the drawbridge. There was another plain look on his face, one that told Bart the English investigator sensed where Bart’s allegiance lay. It was not something he could exactly say himself.

‘No.’ Bart was in no mood for guessing games. ‘I have no idea what happened.’

One man was dead. Two, if he counted Xmun Kurmi. Another was badly injured. All this for the sake of some paintings, some stamps: it made him sick to his stomach. That was what happened.

‘Look – um … may I?’ The British investigator patted the passenger seat.

Bart needed to think. He did not want this man sitting next to him, mouthing explanations, accusations, or whatever else was on his mind.

Amanda M. Thrasher Mar 27, 2016 2
Know Your Worth I've been a writer of sorts for years and not by choice. It's true; I never set out to be a…
Writing