Death had had its eye on her for a long time.

“I was a very sickly child,” she said.

After Jackie endued a long hospital stay as an infant in Oldham County, her doctor told her mother, “There’s nothing more we can do for her. She’s in God’s hands now. Keep her warm, give her plenty of water, and any soft food you can get down her, and pray.” He said she probably wouldn’t make it through the night.

Around midnight Mrs. Brown, sitting in a chair with Jackie lying on a pillow in her lap, heard a knock. She laid Jackie in her crib and went to the door. On the steps stood an old woman she had never seen before. The woman was rail thin, stooped, wore a black hood, and in one gnarled hand held a jar of brown liquid that looked like creek water. 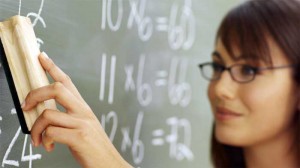 The old woman said, “If you want your baby to live . . .” She told Mrs. Brown how much of the medicine and how often to apply it to which body parts, and how often and how much to give her orally. Numb with fear and pain thinking her child was going to die anyway, Mrs. Brown couldn’t see she had anything to lose so she followed instructions.

By daylight the baby had regained enough strength to cry and she was crying not in pain or misery but because she was hungry, for the first time in days.

Mrs. Brown inquired all over town about the strange old woman but no one admitted knowing her. Some said they’d seen her, and believed she was a witch.

A year later Jackie was back in the hospital and again the doctors sent her home not expecting her to live. In the year that had elapsed since Jackie’s last serious illness, Mrs. Brown had not seen or heard from the old woman with the gnarled hands and black hood. But now, once again, she appeared on the doorstep, and again her first words were: “If you want your baby to live . . .”

The jar of brown liquid she held out was similar to the one she had held a year ago, if not identical; but this time she insisted on holding and praying for the child.

By morning Jackie was better. Mrs. Brown never saw the old woman again and to this day has no idea who she was or where she came from.

When Jackie was older, her grandfather was hospitalized. One day he told his daughter, Jackie’s mother: “I talked to Mary last night.” Mary was his late wife, Jackie’s grandmother. “She wants me to come home. She says it’s time for me to come home.”

Although he had always been lucid Mrs. Brown believed he’d suddenly gone off the deep end. She reminded him her mother was dead.

“I know that,” he replied. “You think I’m stupid? I tell you I talked to her last night. She wants me to come home.”

Mrs. Brown tried to explain he must have been dreaming but he continued to insist he had talked to his wife and she told him it was time for him to come home.

In the morning he ate his breakfast, set his silverware on a napkin beside his plate, put his chin down on his chest, and died.

Jackie’s aunt experienced a NDE (near-death experience). So, although unusual occurrences were not uncommon in her family, Jackie never expected to die and live to tell about it.

When she was eighteen she had an allergic reaction to some medication. Her mother and younger brother rushed her to the nearest hospital. A nurse gave her a shot to reverse the effect of the other drug but before the needle was out of her arm Jackie began to feel an intense sensation of well being. The nurse looked at her strangely. “Are you all right?”

Although her eyes were closed she saw the look of horror on the nurse and heard her yell for the doctor. The room filled with a brilliant white light. Then, as though she were an invisible observer she was standing at the foot of her bed watching the doctors and nurses work on her body. Though the curtain around her bed was closed she could see her mother sobbing in the corridor; she saw tears roll down her brother’s face.

“No pulse!” cried a nurse. Another shouted, “No blood pressure!” The line on the heart monitor above her bed went flat. She was dead.

A young doctor rushed into the room with two shock pads, leaned over Jackie, and started to tear open her blouse.

The doctor jumped back as if he’d seen a ghost. Jackie observed the action from some point near the foot of her bed. The medical team could detect no life signs. No blood pressure, no pulse. The flat line on the heart monitor did not flicker.

Near dark, she opened her eyes, and sat up. The somber expressions on the faces of the hospital staff changed to shock. They had heard of such phenomena, but none had experienced it. Jackie Brown had died. She had been dead. Now she was alive.

Later, when she told them about the white light and described in detail everything that had gone on in the room from the moment she collapsed, they could not deny that something extraordinary had occurred, something for which science as yet has no explanation, and, perhaps, never will.