I checked myself one more time in the mirror. I pulled my brush out my black Gucci purse and did the final touch up to my long black hair. Then I pulled out my red lipstick but decided against it. Too much of anything isn’t good for you.

Even Mac lipstick. It felt like I had been waiting for this day my entire life. And I guess in some ways it was true. It had definitely been a long road. As I walked out the courthouse bathroom I felt a surge of confidence. I had on a grey skirt suit with a lower bottom pleat. I had a prayer on my lips and a song in my heart as I made my way to courtroom number 412. 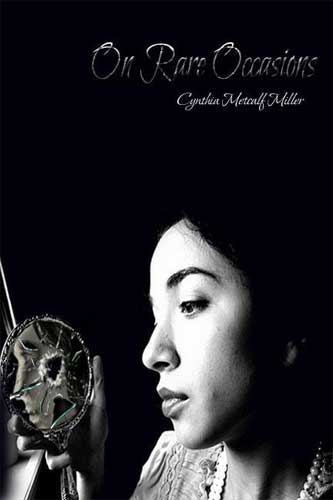 And then I saw him. Even Anthony didn’t recognize the woman he had once been married to for over twenty years. My determination was pouring from my eyes. He knew at the very moment he got a whiff of my light perfume that I did not come to watch the proceedings. But rather I came as a contender. And I came to win. He had no idea I would be here today.  It was obvious we were no longer a team. Those days were long gone.

“Hello Anthony,” I said in a drab voice.

“How have you been?”

“Obviously not as well as you, “Anthony replied sarcastically.

“You look like a million bucks Cynthia. “ He continued to say. And if truth be known he wasn’t that far off. As a matter of fact, I was working on my fifth book deal. But that was my secret for now.

Anthony was so accustomed to having the upper hand I could feel the confidence run right out of his body as he watched me walk away. I peaked in courtroom 412 and saw my attorney busy at work laughing with our opponent. I decided to wait outside and let her work her magic.

I found a seat by the window that overlooked the courtyard. I could feel Anthony staring at me from afar. It only served as an aphrodisiac that fueled my already high self-esteem. I soon forgot about the unwanted attention I was receiving from my once upon a time soul mate.  After a couple of minute’s, I had totally left my surroundings and allowed my mind to drift.

Although it was true I had made some bad choices years ago that brought me to this showdown today. I had also made some pretty tough choices that had landed me on my feet. I would like to say that I am happy with all the decisions that I have made over the last few years. But that is not always the case.

Some of the moves I made to get to the top may seem scandalous to you.  I have spent many nights alone because of my sheer determination.  if I had to do it all over again I am sure I wouldn’t change a thing. Before the nasty divorce. Before all the book signings and public appearances. Before the last contract, I was offered. Before my second soul mate ran out on me. Before the murder. I sit back and wonder. What if I had done things differently?

But I only think about this On Rare Occasions……..