Michael Stewart is obsessed with finding something that was hidden in the basement of an old church.

He also faces his own demons, worried he isn’t being a good enough father to his teenage daughter Elizabeth and punishing himself for his belief he failed his wife before her death.

Unfortunately, nobody else seems to believe this hidden secret exists. And how could they? They believe he is crazy, his talk about traveling to the past through a tunnel in the church basement the delusions of a man who is not coping with reality.  But Michael knows it is real because he has gone through it before. 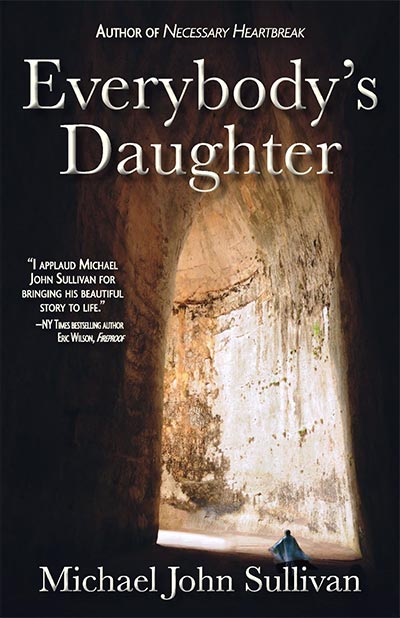 When Michael re-discovers the hidden passageway through time, he vanishes.  Realizing what happened; Elizabeth is determined to follow her father. Elizabeth finds the passage and emerges in Jerusalem, centuries in the past just as she hoped, but her father is nowhere to be found.

Michael returns to the present to find Elizabeth missing. He can only guess what happened to her that she had followed him through the tunnel. The world that was Jerusalem centuries ago is a dangerous world ruled by Roman soldiers and brutality.

But the tunnel has vanished, and Michael cannot find it. Complicating things more, he is everyone’s suspect in the disappearance of his daughter Elizabeth. The three women in his life make it even more difficult. His deceased wife’s friend blames him for her death and is convinced he is to blame for his daughter’s disappearance. His sister and a woman who seems caught between being his friend and wanting more are both torn between his craziness, being unable to decide if he is guilty or innocent, and the need to help him find his daughter.

With the FBI investigating and following him, and the three women holding him back, it doesn’t seem that Michael will ever find his daughter. The more Michael tries to convince those around him that his daughter is trapped in time; the more convinced they are that he is crazy and has done something to her.

His only real ally is his friend Dennis, the priest of the church who has his own reasons to believe this passage to the past exists.

While Michael fights his own battles in the present, desperate to find a way to return to Jerusalem in the time of Christ, Elizabeth faces the greatest danger of her life centuries in the past. She reconnects with Leah, a woman she and her father met on their previous visit to Jerusalem in the time of Christ. With no one who can save them the two women fight for their lives against a sadistic Roman soldier determined to own and control them both in his prison of savage cruelty.

Everybody’s Daughter mixes religion with the paranormal in a blend of miracles and sacrifice and the lesson that faith in the unbelievable is sometimes the only answer. Michael John Sullivan treats the reader with a story of hope and despair, and finding salvation, all in a story that any reader can relate to.

Everybody’s Daughter is published by The Story Plant.