The water that fell from the sky was just a drizzle at first. The cool breeze that followed each drop served as an aphrodisiac of sorts. By the time the drizzle turned into a downpour Cynthia had already been conceived in the back seat of a 62 Chevy.  After the informal conception ceremony Camille the willing participant stepped out a block from her home and closed the door to her virginity.

Unbeknownst to Cynthia, that would be the first closed door in her life.

Whenever Camille and Edward wanted to perform another ceremony they would kindly put the kids to sleep, and spend their night trying to re create the events that took place before the Chevy door had closed that wonderful, rainy April night. 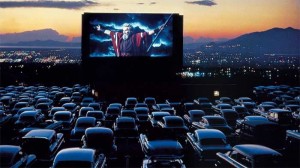 Cynthia loved school. She excelled in English and Math. She had dreams of being a Judge. But the doors to that career remained closed for the most part to women in the late 70’s and especially women of color. But that didn’t stop her. She decided to open the door from a different side. She applied to the prosecutor’s office and from there her career soared.

Cynthia was so busy climbing to the top she forgot all about love. Soon the door to her biological clock was quickly closing for motherhood and Cynthia began to panic.

So she started to re adjust her thinking. She changed a lot of her week end habits and became open to many doors of recreation.  But opening the door to dating would take more than a notion. She was well into her workaholic habits by then. And just couldn’t make the sacrifice of skipping her good reads at night and going to the clubs. She had very few friends. After all, friendship usually doesn’t come inside a multitude of office acquaintances.

Her friends came in pairs. Married pairs.  She spent her evenings two nights a week laughing on the phone with them. She occasionally went over to her friend’s home for dinner and they often came to hers. And every Sunday they would attend the same spiritual services together and worship God side by side. Most Sundays they would all go to dinner together and go over the weeks ups and downs. And when Cynthia would go home at night she would close the door and go to bed alone. No ceremony.

Cynthia was beginning to dislike doors.  They always seem to shut her out.  So she decided to leave her doors open for a while. She never closed her bathroom door any more when she washed her face in the morning. She never closed her office door when she was working. And she only locked her security door to her condo at night and let the wooden door stay a jar. She was determined to live with an open door policy.

And somehow in the madness she left the door to her heart open and he came in. one year later they were married. When her husband carried her across the threshold to their honey moon suite she took her free hand and closed the door.

Two hours later after the ceremony had ended she smiled. Got up. Opened the door. And hung the Do Not Disturb signed on the door and closed it back. And laid in the bed with her husband and listened to the rain from behind closed doors.