Ghosts of the Wheat Harvest: In the fall of 1990, I was meeting with two other men on a regular basis to explore our dreams and aspirations.

Every two weeks, we would gather at a Chinese buffet and talk for several hours about things we’d like to do someday. 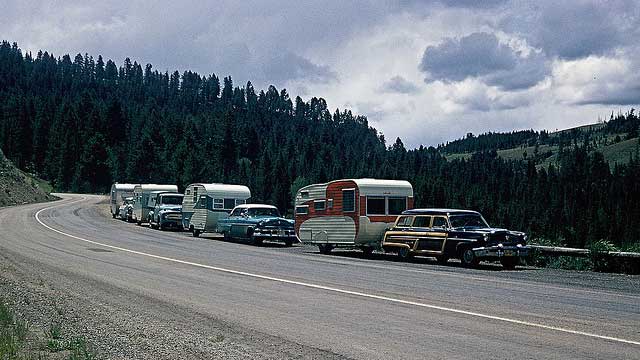 It was around the time of the Men’s Movement, where men went to Hairy Man weekends and similar functions to “find themselves.”  I didn’t buy into most of it, but one time one of the guys gave me a newsletter that had an article entitled “Finding Our Fathers.”

The premise was that boys grew into men with a wounded father within them, because of experiencing their fathers as rejecting, incompetent or absent figures.

The article went on to suggest that one way of healing the wounded father within was to plunge into the father’s history.  A man needed to find ways of empathizing with his father’s pain.  I found that statement compelling, but little did I realize at the time the profound influence it would have on the direction of my life.

In December I began to write a story about the time my Dad had disappeared.  When I was 17, we moved briefly to Oklahoma City, and my Dad’s drinking hit bottom.   My Mom’s family came and got the family and moved us back to Fort Worth, leaving my Dad behind, because he was unwilling to do anything about his problem at that time.  He disappeared for a while after that.  I realized many years later I never expected to see him again – I thought we had lost him forever.

My Dad had lost his job, lost his family, lost everything.  All we ever heard about that time of his life was that he had reportedly gone to work on the wheat harvest, which he had done one summer when he was in high school.  Six months later he returned to Fort Worth, and after fumbling around for a while, sobered up and got into recovery.  Within ten years he had worked back up to the position he had once held in the oil industry, put the family back together, and had an altogether different experience than I would have expected when he disappeared. Something happened while he was on wheat harvest that changed his life – but I had no idea what.  He had died before I could ask him.

I did a huge mental gulp at hearing that, and reacted like I usually do when I’m in shock – I sat there with a stunned look on my face, saying nothing. I thought about that for a long time, because I felt like the spiritual ante had been greatly upped on this whole book project. I told several of my friends about it, and all were in support of it. One night I told one of the guys from my Sunday School class about it – he was an accountant, very well-grounded, a very solid person. He was totally enthusiastic about me. I later realized I had secretly hoped he’d call the idea very unreasonable or unrealistic, and try to talk me out of it.

The momentum built, and by May of 1991, I had quit my job, driven to Oklahoma, and was living in a trailer with 6 high school farm kids, learning to drive a grain truck. I had a sense that it was a huge turning point in my life, which proved to be an understatement.  I eventually found my story, but more importantly, I walked in my Dad’s shoes. I imagined what it would be like working your way north on a harvest crew, believing you would never return home.  Because of the wreckage he had caused to the family, I felt sure he would have thought that way.  It was heartbreaking to contemplate – I would lie in the trailer at night trying to imagine what it must have been like for him, alone and never going home.

It was a magical summer in many ways, but tough. I had worked in the oilfields for a couple of summers, but it was not nearly as hard as the work I encountered on the harvest. When the wheat stayed ripe and the rain was in the forecast, you might work until 3 AM, then get up at 7 and do it all over again. Not to mention the fact that I was a 41-year-old man, trying to keep up with high school kids. (My Dad would have been 40 when he went on harvest)  But by August 1991, and I had gotten through the worst part of it, and actually felt like I mostly knew what I was doing.

We had followed the wheat north and now were on a dirt road outside of Rapid City, South Dakota, heading the back roads to Sturgis, our next stopping point. I was driving a longbed grain truck pulling a combine on a trailer. I was entranced by the long flowing vistas of hills and prairie grass as we drove, and the land started looking eerily familiar. We pulled up to a T intersection, and I could see that the rig ahead of me had turned left, to the west. As I stopped at the intersection, I was struck by the thought, “This looks like the scenes from Dances With Wolves.” I was facing a long flat vista to the north, gently sloping down to a tree-lined valley far, far away and below. It was awe-inspiring.

The next day, in Sturgis, I found out why the scene had looked so familiar – I had been looking down at the valley where the Indian village scenes were filmed in Dances With Wolves. The very one. Later, I even got to tour the movie location. It was just that kind of summer.  I stayed with the crew and worked the fall harvest in Kansas, to continue to absorb the experience.  According to the family legends, the “something” that happened to my Dad had been in Kansas.  I felt closer to his story there, so I stayed longer.

I came home from harvest changed, but I didn’t know why.  I likened it to standing really close to an impressionist painting – I was too close to the harvest experience to see the big picture.  All I could see at that point was the individual brush strokes.  It took several months over the winter to begin to see the bigger picture, and to start writing the book.  I finished the first half of the story over the winter, but couldn’t see the ending, and was still missing a few pieces in my mind.  So I went on harvest a second year, in the summer of 1992.  I got the final piece – I found a country church that somehow in my mind represented where a desperate man might have gone for solace, and I saw the rest of the story begin to formulate in my mind.  What might have happened, that would have convinced my Dad to return home and face the wreckage that he had created.

I had a title, Nothing Left To Lose, I now knew where the story would go, and I was about to finish my next book.  Then it would be time – to go get it published.