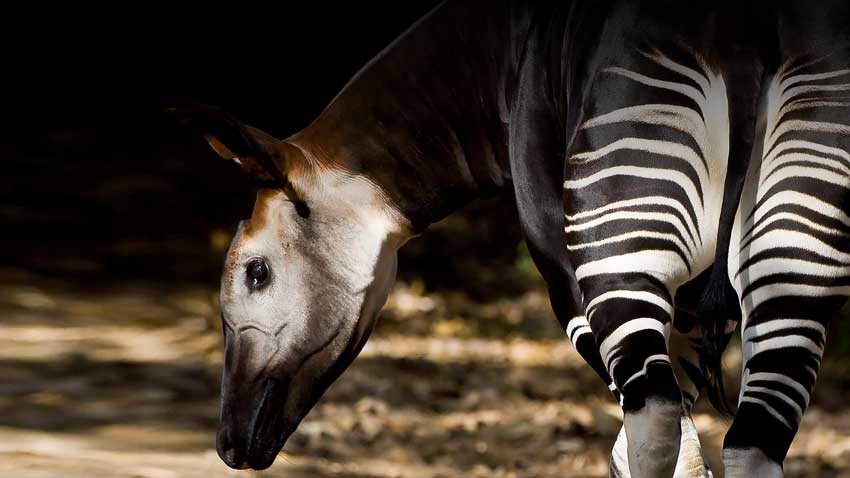 Excerpt: The Okapi Promise: Marc glanced around him. Little light penetrated the iron-barred windows, partly due to the grime that covered them, but also because piles of goods balanced precariously on the window shelf. Old colonial artifacts mingled with African goods.

A glass-fronted cabinet held small electrical equipment, a display stand held a collection of various hats. A set of zebra-skinned drums took up one corner of the room, with an old gramophone perched on top. An assortment of other musical instruments hung over them; a couple of hand-carved flutes, rattles made from gourds, a guitar with no strings, and even a brass trumpet.

The shopkeeper said nothing, letting Marc take in his surroundings. She wiped the already clean counter with a cloth, the only surface free of items for sale. Marc stopped gawking at a pile of utensils for which even his imagination couldn’t conjure up a role. He spoke in French to the woman, a language that easily rolled off his tongue. “Good morning. I am a friend of Jacques Girard.” He handed her a token from his pocket.

Taking the coin in her pudgy hands, she turned it over and back, then returned it to Marc. Saying nothing, she heaved her bulk off the stool and retreated through a doorway hung with rainbow-coloured plastic strips dangling limply at the dark rear of the shop.

Marc continued to look, fascinated, at the paraphernalia around him; tins of glass beads balanced with jars of nuts and bolts, boxes of nails stacked amongst chipped cups and plates. There seemed no order to the goods available.

He jumped as a tall slim man, with a large purple scar running from one eye to his throat, silently appeared in front of the counter. Marc hadn’t noticed him enter, and the plastic strips didn’t move. No matter. He waited for the newcomer to speak.

“You friend of Jacques, eh?”

Marc nodded. “He gave me this address.” Retrieving the token from his pocket, he handed it over. The man looked at it in the same way as the woman, turning it over several times. He tossed it back to Marc. “What you want?”

Marc spoke the phrase in Rwanda

he had learned by heart. The language was unfamiliar to him, but he knew he had the accent right.

The man retreated behind the counter and knelt down. Marc presumed he unlocked a safe from the gentle clicks he heard. The man stood and unwrapped a small parcel on the counter.

The Dutchman’s beating heart slowed. He hadn’t been sure what type of reception he would get. He checked the stones on the counter as best as he was able. They were as he had been led to expect.

Quickly completing his dealings with the pawnbroker, he tucked the package deep into his camera bag and departed with a brief goodbye.

Walking away from the shop, he felt a presence behind him. The hairs on the back of his neck stood erect. Turning to look over his shoulder, he saw no-one. Walking faster while trying to look casual, he hurried back towards the hotel. He already had a place prepared to hide the package.

His sense of being followed eased, but two men stood on the corner ahead of him, staring his way. He pretended to look at his watch, then a map, and crossed the road. His muscles wanted to run, but he made himself relax. You’re over-reacting! He scolded himself and drew slow breaths.

By the time he arrived at the hotel, the sweat that covered his face had come from more than exertion. Bounding up the stairs two at a time, he opened the door to his room. Slumping on his bed, he cradled his bag in his arms. Safe!

Amanda MThrasher Jun 27, 2021 0
I Wished That Was Me Sometimes, the oddest things happen in the neatest way. I rarely think about how I write.…
Writing