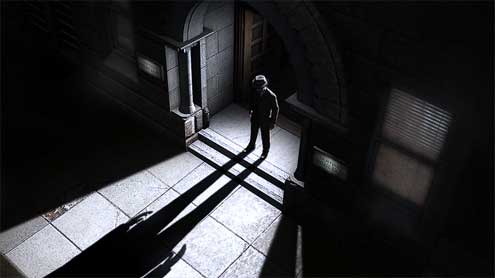 Killing off a Favourite Character

Have you ever had difficulty killing off a favorite character in your story?

To be honest, though, I haven’t yet killed off a favourite character. The ones I have killed were created to be killed, and I took great glee in doing so. Mostly, I’m not one for being selective in my killings. In A Spark of Heavenly Fire, I decimate Colorado. (I am using the word in its proper context here — I kill off a tenth of the population.)

In Light Bringer, I hint at the destruction of vast numbers of people, and in my current work (that isn’t progressing very rapidly) I do, in fact, kill off almost the entire population of the world. After all that carnage, what’s one more character killed off, favourite or not?

Here are some responses from others authors about the difficulty of killing off a favourite character. The comments are taken from interviews posted at Pat Bertram Introduces . . .

I greatly dislike killing a character and avoid it if I can. However, there are times when a character must die to advance the plot. The one who upset me the most was a guy named Murdock Pickford. He’s in a prequel to my sci-fi series. Murdock is a nice guy. He’s kind, capable, loving, and forgiving. He’s engaged to a woman who’s pregnant with another man’s baby & he agrees to raise her as his own.

He’s thrilled about the baby, excited about getting married—and he has to die, horribly, brutally, for the book to move forward. I’m not ashamed to admit that I cried when I had to kill him off.

From an interview with Jocelyn Modo, Author of “Revolution Lovers”

In Revolution Lovers something truly horrible happens to Adie…I’ve avoided that scene since I wrote it. I can’t look at what I did to her, don’t want to face what I did to my beloved character. I feel silly saying it, but I feel guilty about hurting her.

From an interview with Rod Marsden, Author of “Disco Evil” and “Ghost Dance”

When you deal with the supernatural killing off a characters doesn’t mean they won’t return. I have had characters return a number of times after death to either help or hinder the living.

From an interview with Christine Lindsay, Author of “Shadowed in Silk”

I have to laugh at this as it may sound horribly brutal. But I have no problem killing my characters off at all. In all of my books I kill off at least one secondary character, sometimes more as is the case of Shadowed in Silk.

I love having my strongest Christians die. I often cry as I write the scenes where they are ready to meet their Lord. And sometimes bad characters have to die too. I try hard not to think of their eternal situation, and remind myself that they are fictional characters — not flesh and blood — and I am not God.

What about you? Have you ever had difficulty killing off a favourite character in your story?