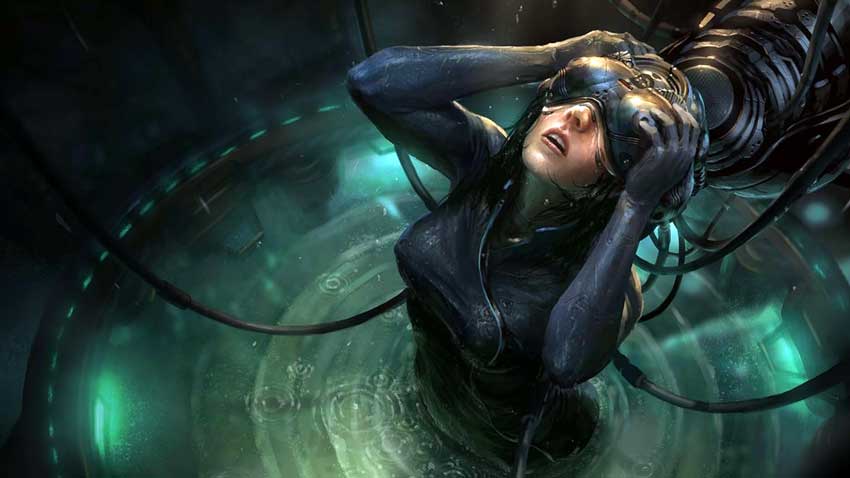 A deep darkness spreads around her. She tries to move forward but her legs are too frightened to move.  Her eyes search for some light, some console but it gets none.

For miles around her, there is just a damp emptiness. She screams out, shouting for someone to come hold her, to free her from this terrifying nightmare. But no one answers. There is no noise except the echo of her desperate voice calling out for her savior.

She looks at her hands, the criss-cross patterns of the wounds. A tear leaks from her eyes, thinking of how she got those cuts. Wasn’t love supposed to be a beautiful saga? Then why did it leave her out here in this abyss of misery? She is trapped inside her own head; her heart is numb with pain. A sad smile adores her lips, as she thinks back to the time when it all started.

She entered the class in a hurry. It was already late and she was lucky the teacher hadn’t arrived yet. In her rush to reach her seat, she slammed into someone. She looked up to see an unknown face, the new student. She stammered a sorry and rushed to her place amidst greetings from her friends. The day proceeded, yet somewhere in a very prominent part of her mind, she kept thinking of him, the new student. His eyes, his face, and his voice, somehow they kept coming back to her, nudging her.

She sits down, holding her knees close to her. It feels so cold, so freezing. She needs warmth, his warmth, and his arms around her. The ground is so hard, nothing like his lap, when he held her close, comforting her.  The darkness is suffocating her, and she doesn’t know how long she can hold out.  She can see demons all around her, demons from her past and the demons of her haunting future.

It’d been a week and still, he resided in her dreams. Her eyes kept searching for him in class. Her ears sorted out his voice from among the crowd. It was like everything about him, every single activity of his drew her towards him. Ma’am asked him his name, which was when she knew what he was called. Ever since then, whenever that name was taken, it was like her ears perked up. She had never wanted to know anybody so much ever before, but something about him was just irresistible for her.

She screams again, this time into the ground. Why didn’t she fight it off when she could? How she wishes to have been able to resist him! She stands up, and gathering all her will, moves forward. The darkness is stabbing her, just like it had that night.

Finally, they became friends. They had so many mutual friends, and somehow they became close. He said she was the closest female friend that he has, and that made her feel special. She talked with him all through the day and the night. The light teasing, the flirty comments, the emotional breakdowns, they went through it all. She thought he was her best buddy, till that night. The annual fest, the DJ night.

She wanted to dance with him; he was the only one she wanted to dance with. But he was far away, dancing with the girl he liked. And that stabbed, like the points of a thousand needles. She wanted him for herself, wanted him to like her. She stood there, looking at him. And that is when she realised. It was no friendship, it was no intuition. It was love from the very beginning. The attraction, the want, it was all love. She had fallen for him, right from the moment she had seen him!

She is dragging her feet slowly across the sand. It is flaming, burning into her skin. But she has no other way, she has to go through the fire. And then she sees it; a small flicker of light. And she runs towards it, she runs as she has never run before. But the closer she goes, the farther the light seems. And now she is running endlessly, behind that one hope of survival. She stumbles, she falls but nothing can break her run.  Flashes of her life revolve around her, reminding her of who she is, and what she’s running for.

“I love you”. She told him her feelings and he just smiled. His silence was breaking her and so she ran away from him. And then she fell or might have if he hadn’t caught her. Yeah, it was filmy but that is what happened and later they used to laugh thinking about it. He had hugged her then, told her he was waiting for her to realize it. “I love you too”.

“Save me”, she shouts out. But there is no one to listen to. Her legs are tired with the running. Her heart is already broken and now her soul is getting exhausted. She knows she won’t last long. She knows she will fall because her very existence is fast losing its essence. And so she is slowing down. Although she is still running, but now it’s not a run of desperation.

She woke up and called him. It had been a year since they got together and she didn’t want to miss a single second of it. She was so excited to meet him today. They always met, but this day was special and she wanted to look beautiful for him. And so she did. When he saw her, he was struck by her countenance. He treated her like a princess, did the sweetest things for her and she was on cloud nine.

The day ended and they had to part ways. “But of course it’s just a separation for a night, we would meet again tomorrow”. He gave a smile, a smile heavy with emotion, and spoke, “am leaving. Good-Bye”. And with that he left, leaving her standing alone, crying, begging for him to stay, to come back.

She smiles and then cries. She wails in despair, letting all her emotions out. And she goes on like that for hours and hours. Crying for him, for the love they shared. He had forgotten her, but she still remembers. She remembers everything about him, about them. She closes her eyes and there it is; his face saying he loves her, his face saying goodbye. She exhales, steps forward, and then she falls.

“What happened? Are you all right?”, he asks, concern lacing his face. She had dozed off during their gang’s discussion.

“Yeah am fine. Just had a bad dream, that’s all. And anyways that dream can never happen in reality”, she answered, smiling up at him.

“So what was your dream about? What could scare my bravo so much?”.

“In that dream, I was all alone, trapped in some lonely place and I saw us, I saw you leaving me behind forever. And then I was walking towards this light thing and then I fell and woke up. But it’s all stupid. I mean, you won’t leave me ever, would you? I know you can’t survive without me”.

His face fell a little. And his eyes flicked some hidden emotion for a moment before returning back to their usual glow. “Of course not baby, I will never leave you, I promise”.

She hugged him, grinning from ear to ear while he stood there hugging her, his sad face buried into her hair.

“I am sorry baby”, he thought and held her tighter, as tight as he could as if to never let go.