Where or how did we get to the number of days in one year, and how did it begin?

We know primitive races needed some way of knowing the time of year, or why seasons changed.  To some of the earlier races, it meant life or death because of the extreme heat or cold temperatures.  It would mean; plants would die, food would disappear, hunters needed animals, and fishermen fished. 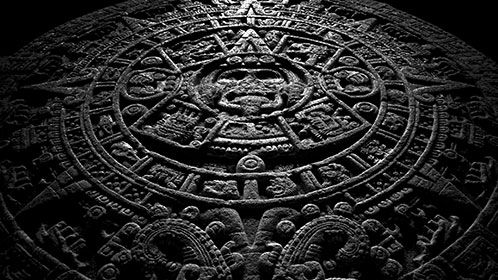 At certain times animals were roaming freely, while other times they migrated. The most important issue to the primitive races was religion, and feasts – celebrating the gods.

These primitive races knew the gods, knew they had something to do with the celestial phenomena and the formation of stars – along with the movement of the sun from one day to the next, and the changes in the moon.

This indeed had to be the foundation of time.  Then, we can’t forget the difference between day and night.  Soon they would learn by counting how many nights it took for the moon to revolve around the earth – it took a month.

Then, these same people learned the time it took for the earth to rotate around the sun, created a year.

It is only known in history books that years were not counted at first, not until something catastrophic caused them to worry in longer stretches of time, such as a flood, earthquake, or wind storm.

Who would ever think time would play one of the most important influences in our life – everything seems to be done by the clock.  Workdays, marketing, school, driving, vacations, work-weeks, etc. and without knowing the time, or carrying around a cell phone – everyone is asking what time it is.

January 1st, the first day of a new year, was not always so.  It would up to the year 1752, on the 25th day of March when the world celebrated New Years Day.

And when you think of a month – they called it a month – the amount of time it took for the earth to revolve around the moon, was 29 days – not thirty or thirty-one, or even twenty-eight.

Did you know that if you turned the calendar pages backward you would find the year exactly opposite in time?  But learning this – we still have birthdays, we still move ahead, and have time to celebrate life.

The calendar came from the Latin meaning “to call out.”  At the beginning of a new month, a high priest or another official would call out and proclaim another month.  The official had to wait for the new moon to appear in the sky.

When did numbers begin to show up on each year?

The Hebrew calendar dates back to the beginning of the world and their calculation to be 3760 years and three months B.C. they still follow this fictitious calendar, since science has proven them wrong.

I had to laugh, this seemed so “now” when I learned about the Greeks, who believed their calendar began during their first sports game “Olympic” in the years 776 B.C.    If you notice each area of the world had their own reason to begin the year, and number them.

The Romans, well you probably guessed it, choose the foundation of Rome as their beginning of the calendar was 753 B.C.  And – who but Julius Ceasar would revise the calendar to 46 B.C.  The church followed this calendar for five centuries.

It took years before the new way of numbering the years took hold – In England at the Synod of Whitby in 664 A.D.

So, now we know – and the way the months were named were by the ancient gods, the Romans.  Their year began in Spring- when everything was growing.  In March, it would become the New Year, and honoring Mars.

The month of April means in Latin – to open, so too is the budding of trees and plants.  The month of May came from the goddess of Maia – to increase the growth period.  June represents Juno the queen of heaven and of womanhood, and the guardian of marriage.  Can you wonder why so many people were to be married in the month of June?

The month of July was the month of Julius Caesar’s birth and in whose honor Mark Antony, known to have said to name it in the year of his assassination.   The Romans lost interest in their gods by September through December, and they numbered them the 7th month through the 10th month.  Somehow Janus was for January, the Roman god of new beginnings, perhaps they were starting over with their gods, never thinking January would end up the new year.  February is known to cleanse, and the Latin word, februare.

So here, we are at the end of the year 2012 – and so many historical books leave out the fact which we hear these days about December 21st, the first day of winter, and the day thousands and thousands of years ago the Mayans believed it would be the end of the world, why?

Because it would be the first time the earth, sun, and moon would line up exactly together in a path – and they believed the pull from the moon, and energy of fire and heat from the sun, would end the world.  Remember, this was before any of the above calendars were said to begin.

The calendar the Mayans are going by drawings, and most destroyed when their race was taken over, burned, leaving only pieces to be read today.  Scientists do not have a clue, only because this has not happened before, they can only know – we are far enough away from the moon and sun to survive.