Your Background & Your Writing

I always thought I’d be a writer, so when I was twenty-five, I quit a job to write a book about a love that transcended time and physical bonds, told with sensitivity and great wisdom. Unfortunately, I discovered I had no talent for writing and no wisdom, so I gave up writing.

After I discovered I didn’t know how to write, I did temporary work for several years to gain experience of life. Or at least life as it pertains to work. I worked at hundreds of different companies doing everything from filing to billing to bookkeeping to operating a switchboard to selling cars to being a legal secretary. When I wasn’t working, which was frequently, I read. All those thousands of books seeped into my subconscious, and gave me a feel for storytelling, and so when I took up writing again, I had more of an idea of how to tell a story. I just had to learn the specifics, such as show don’t tell, which I did. 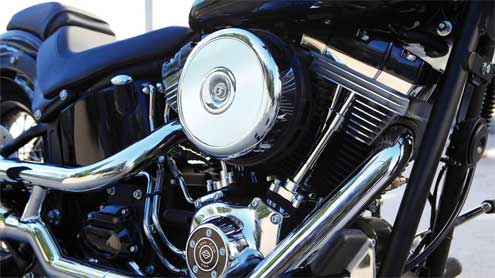 Two years ago, my life mate/soul mate died, and the only way I could handle my overwhelming grief was to pour it out onto pages of a journal, letters to him, and blog posts. When I discovered how much those blog posts meant to people who had also suffered grievous losses, I compiled my writings into a book about my first year of grief called Grief: The Great Yearning, which has recently been published by Second Wind Publishing. And so, quite by accident, I ended up writing the story of a love that transcended time and physical bonds, told with sensitivity and great wisdom. I just never knew that the story I’d always wanted to write would be mine.

Here are some ways their backgrounds influence other authors. The comments are taken from interviews posted at Pat Bertram Introduces . . .

From an interview with Sandra Shwayder Sanchez, Author of “The Nun”
I was a child people called “an old soul” . . . an aunt said I seemed to look right through people and I do remember having insights about what was going on inside the heads of adults and often felt very sorry for them. My mother used to discuss Freudian dream interpretation with me and that fascinated me as well as the mythologies and fairy tales I enjoyed reading. So it was I think inevitable that I would write books in which the world of our dreams and the world of consensual reality interface and merge with almost imperceptible boundaries.

From an interview with Dale Cozort, Author of “Exchange
I grew up in a fair-sized city, but I spent a lot of time with relatives in the country, so I probably write rural life a little more authentically than someone without that experience. I also have a computer background, so there is always a little bit of the techie in my stories. I have to dial that back so it doesn’t get in the way of the story.

From an interview with Sheila Deeth, Author of “Flower Child”
I call myself a mongrel Christian mathematician. I think my mixed-up background helps me (or forces me to) see things from a slightly different perspective. Being an English-American does the same thing — it makes me more aware of how many of my assumptions are cultural, so it lets me explore characters who might make different assumptions.

So, how has your background influenced your writing?

Inviting You To Enter a Short Story Contest!

Madi Preda Apr 10, 2014 2
When you think about what is the best way to reach your audience you have to use analysis of a few factors
Writing