After Spain’s civil war, there was a long silence surrounding its unsavory past. Almudena Grandes tries to break this so-called Pact of Silence in her work ‘El lector de Julio Verne’ (The Reader of Jules Verne 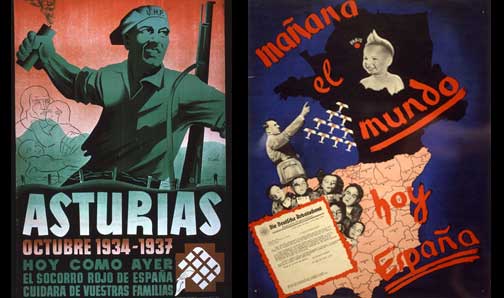 Grandes is considered one of Spain’s most important contemporary authors and also writes a column in ‘El País’ (considered being a national newspaper of record).

Her novels are being read by a very broad audience, and help the Spanish to come to terms with their complex past in which people could be neighbors and enemies at the same time.

The Spanish Civil War and the Francoist Dictatorship.
General Francisco Franco, together with other generals, and with the military support of Nazi Germany and Fascist Italy, headed a coup d’état in 1936 that interrupted the democratically elected government of the Second Republic (1931-1936). Since the coup d’état faced stiff opposition from many loyalists to the Republic, it gave rise to a civil war that lasted from 1936 to 1939. After the victory of the rebellious generals, Franco took power thus inaugurating the longest dictatorship in the history of Europe (1939-1975).
Source: Spanish Civil War Memory Project

The Reader of Jules Verne
Nino, a nine-year-old boy and the son of a policeman, lives on police headquarters in a small town of Andalucía’s Sierra Sur, and he will never forget the summer of 1947. 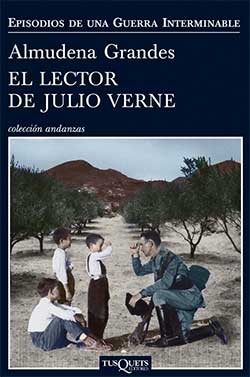 During that summer, he will become friends with Pepe the Portuguese, a mysterious and fascinating stranger who recently moved into the watermill, with whom he will spend many afternoons talking by the river.

It is also the summer when Nino will promise himself never to become a policeman like his father and will begin working on his future by taking typing lessons at the home of the Blondes, a family of women, all widows and orphans whose men had been executed.

With Pepe and the Blondes, and with a passion for reading a never-ending list of adventure novels that he discovers during his typing lessons, Nino will become aware that the adults are not telling him the whole truth.

There is a war going on in Sierra Sur and the local bandits led by Cencerro are the enemies. After that summer, however, Nino will consider them something more than brave outlaws.

Maya Kavita Oct 26, 2010 0
Remember plagiarism? Remember how bad it was to copy some else's work without duly referencing and crediting them?…
Writing