OK – who’s going to win the Formula One World Driver’s Championship this year? Hands up if you answered “Sebastian Vettel”!

It would seem that this year’s F1 title is a done deal when you read the motor racing press and have a look at the bookmakers’ odds. But sport hardly ever works out as it’s supposed to – and history has shown us with F1 that anything is possible. People tend to focus too much on recent events when, of course, the Red Bull-Vettel combination swept all before them. 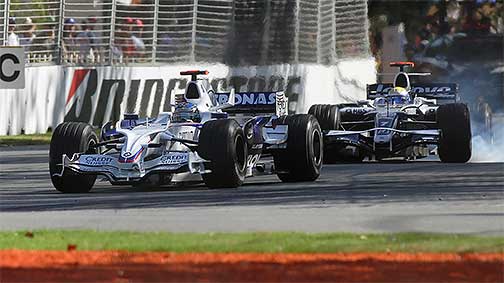 This is well reflected in the odds for next season. Currently with Betfair, the big betting exchange which is a truer “market” than the bookies’ odds, Vettel is a closely priced 13/10 favourite.

Now this may reflect is chances for this year – but there’s a long way to go and various factors which make that bet look a little shaky. Specifically, two of his last four titles weren’t decided until the last race of the season and new technical regulations and engines could mix things up a little this season.

There’s better value further out in the field and, of course, if you bet with Betfair, you can still profit even if your selected driver doesn’t actually win. All he has to do is perform better than the market expects early on – then if his odds come in a little, Betfair enables you to lay all or part of your bet back – at lower odds.

This is the beauty of making a shrewd selection about a sport in which you have better knowledge (or more luck…) than the rest of the market and using a gambling exchange.

But who, then, is a lively outsider?

Well McLaren’s driver Kevin Magnussen is currently around 45-1 with Betfair. This looks to be a generous price considering his team’s strengths. The Dane is only 21 and with his team’s reputation for making technological advances, it could be an exciting season ahead.