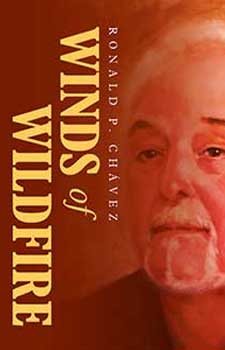 Chavez dedicated this novel, his second, to all the people who love the land and cherish freedom. Readers can therefore expect this book to be rich in the descriptions of nature and deep in the wisdom of the old ways as a source to regain freedom.

In order to enjoy this book to its fullest, I recommend readers to take their time to leisurely savor every detail Chavez writes in this book on love and freedom.

Heart-broken and disillusioned, Amee Brooks, the lead and only female protagonist, left the rat race in Boston for a piece of land in Taos, New Mexico. However, she is unable to start a new life. You have to read the book to find out why.

Violence follows widower Donato Atencio like a plague. His childhood and teenage years are filled with violence. He loses his beloved wife in a horrific traffic accident. He must fight his demons to regain his freedom to receive love again.

Billy Stonewolf returns to his roots, his land and the old ways to find himself again. Like all the protagonists, he has to fight the winds of wildfire before he too, can reclaim his peace of mind. And thats only the beginning.

The photographs of nature and the drawing of Winds of Wildfire are as breathtaking as his writing.

I strongly recommend this book to nature lovers and those who enjoy an excellent read. The photographs of nature and the drawing of “Winds of Wildfire” are as breathtaking as his writing.

On the day of Amee’s court date, the sky was strewn with a ragged field of Floccus clouds like tufts of sheep wool which roamed the open range of the heavens. The raging wild winds had slowed to a gentle breeze that fanned the heat of the late May mid-day sun.

Donato drove out of Wild Rivers; his pick up rattled and shook as he crossed over the cattle guard at Sheep’s crossing towards the village of Cerro. His mind was preoccupied with the fear of what lay ahead in regards to Amee’s acequia water struggle.

If Araa was indeed harvesting a pot patch, the war of water was far more than met the eye. The involvement of drugs could turn to violence. This he could not let happen. His mind agonized in deep concentration to come up with a solution.

He could kill the sorry bastard. Maybe he could provoke him into a fight and claim self-defense. After all, he did have the means to hire Hannibal. No, it would still be risky. Murder trials are unpredictable. So how could he keep the creep away from Amee? He must find a way.

A strong emotion of attraction for Amee welled up in his heart. His troubled mind eased. God, how he was driven to love that woman, he thought and smiled.

Up ahead the Sangre de Cristo mountain range rose, cloud shadows ran across its slopes for the first time in a long time. Donato looked up to greet his friend the grizzly bear that was etched clearly on a steep rugged cliff on a high rising slope visible only from this vantage point on the road into Cerro.

The live grizzles had been hunted to extinction in these parts. But here, on this formidable crag, his image set in stone lived on. For Donato, this image also turned loose the grizzle’s spirit, his mystical spirit that led the way out of confusion, known only to those that embraced it. For here, in the rock of a mountain, a fellow living thing dared to outlive those that had killed its flesh and blood, but not its spirit.

Donato rounded a curve in the road and the grizzly disappeared out of sight but not out of heart and mind. He had felt comforted by the bear. He hoped it had been a good sign, good medicine, as his Indian friends were prone to claim.

Yes, good medicine and good luck, he thought. God knows he and Amee would need both. He shuttered at the idea as to why they might need such a grave intervention. He surged it off as a foolish notion.

Amee stood before her dresser mirror and checked out her appearance. She was intent on looking the look of a western woman.

She wore tight fitting blue jeans and a button down white blouse with wide lapels that exposed a peek of her cleavage and accentuated her slender body. A twisted round red bandana graced her neck. Long-shanked turquoise studded ear rings framed her face. Her hair fell well brushed and shiny below her shoulders. On her feet she wore a pair of brand new high heeled cowboy boots.

There was no resemblance to a Boston bred eastern woman. 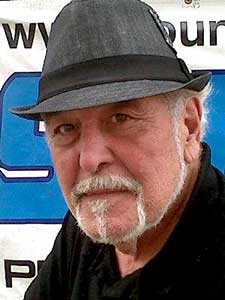 Ronald Chavez was born in the farming village of Puerto de Luna in New Mexico on the banks of the Pecos river. His first day in school, he spoke no English. There he grew up working in the chile fields and the heavy green alfalfa patches. There he knew the heat of the mid-day on his back. Afterwards he attended school in Santa Rosa on old Route 66.

On his knees, as a kid, he shined shoes, and barefoot, he hawked newspapers on the street. Growing up, he washed dishes, learned to bake and cook and grew up to own the famous Club Caf where he became a Route 66 icon where he experienced huge exposure in the national and international major media.

Now Chavez writes poems and stories about these people and places of those times. The gente, he says, are the salt of the earth.

His early short stories first appeared in two weekly newspapers, THE SANTA ROSA NEWS, and THE COMMUNICATOR. To help support his writing, he does story telling and guest lecturing on New Mexicos history and culture.