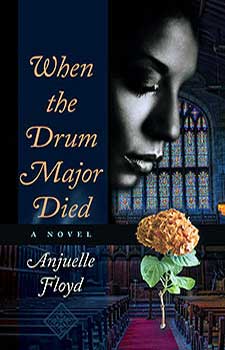 WHEN THE DRUM MAJOR DIED

Voices raised in disagreement flowed from the study and pulled Florina from her ruminations on the intricate weavings of the tablecloth.
“It’s time for me to make my own way,” said Redmond.
“You and Mother have done enough.”
“You’ve never had to go without,” said Hammond, his father. “You speak as if what we’ve given you has caused us strain.”
“All for which I’m grateful.”
“Then stay here in Poinsettia, and make a life for yourself. It’s a privilege and a gift to be able to do so.”
“Particularly, when so many don’t have that chance.”
“Please, God,” said Hammond. “Tell me you haven’t been thinking about that again.

Florina traced the stitching once more. It appeared to match the one in the ivory tablecloth she had received as a wedding gift. She struggled to comprehend the swift transition of her life from widow to bride. Even now the words from October, two months earlier, held an eerie echo.
“I’d like to marry you. Your father has given his permission,” Redmond had said. “As long as you agree.”
Everything within her had stopped. I’m married. Florina had thought. But, no. She remembered. He’s dead. Ennis.

The argument continued in the study across the hall.
“Would it be so bad for me to work as an Army surgeon?” Redmond asked.
“I don’t want my son dying in a war that both you and I know is evil, senseless and impossible to win.”
“You sound like Dr. King.”
“On that the man is right,” said Hammond.
The potential of losing another person she loved, to a war defying sensibilities, exhumed an old pain. Florina’s first husband, Army Lt. Ennis McCreary had been killed in Vietnam during April 1966. She had never told her parents of Ennis, nor of her marriage to him. Neither had she told her new husband, Redmond.
The exchange from the study across the hall grew louder. “I’d be an Army surgeon,” said Redmond establishing points.
“As if bullets will steer themselves in another direction because you hold a scalpel.” Hammond refuted.
“I hate this war too,” Redmond said. “But that doesn’t help any of our boys over in Vietnam. With me operating in a MASH unit, Negro soldiers will have at least one surgeon seeing to their–”
“Barely three days married and you’re seeking to make your bride a widow. Good god, son. Are you out of your mind?”
The ache of fear and possible loss resounded in his voice. “I won’t hear of it!”
Hammond Austin loved his only child. Florina had witnessed that when first meeting Redmond and his parents four months earlier in late July. She touched the tablecloth, again examined the intricacies of its weaving.

Florina lived and died once more, this time gaining and losing Redmond as she had Ennis.
Against the flow of the embittered conversation mounting in the study, she left the dining room and made her way to the closet by the front door. On gathering her coat, twenty-four year-old Florina Gavin Austin lifted her suitcase, and left. 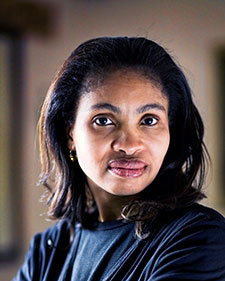 Anjuelle Floyd is a wife of thirty years, mother of three, abstract painter and licensed Marriage and Family Therapist, specializing in mother-daughter relations and dream work.

A graduate of Duke University, she received her MA in Counseling Psychology from The California Institute of Integral Studies, San Francisco, she has attended the Dominican Institute of Philosophy and Theology, Berkeley, California.

Anjuelle received a MFA in Creative Writing from Goddard College, Port Townsend, Washington. She has also received certificates of participation from The Hurston-Wright Writers’ Week and The Voices of Our Nations Writing Workshops.

Anjuelle Floyd is also the author of “Keeper of Secrets…Translations of an Incident“, June 15, 2007, a collection of interconnected short stories, and two novels, “The House“, October 15, 2012, and “Seasons in Purdah,” September 9, 2012.

A student of Process Painting from 1998-2006, Anjuelle has participated in The Art of Living Black Exhibitions 2004–2011 held at the Richmond Art Center, Richmond, California.