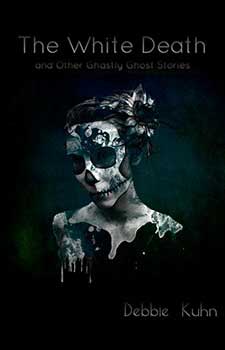 Those who like good horror fiction should certainly become familiar with Debbie Kuhn’s work, even though she writes in several genres. The White Death is a collection which includes ten dark tales and it is definitely worth reading.

Whether they are humans or ghosts, the main characters are all motivated by basic human fears and desires, and this makes it very easy for the reader to care about them. No matter how scary the story is, you will want to know what is going to happen to them. The ghosts are not always the evil, vengeful ghosts of the typical B movies either. Some just want company, others warn you of imminent danger, and one simply just stays until she can finish her memoirs that she writes using other people’s bodies. All of them are different and each story is a surprise, both refined and creepy.

The stories are also set in different locations. A girl is alone in the mountains at night, performing a ritual that can bring back her lover from the dead. The ghost of an English girl is looking for her father during WW2 in London. A guy is driving too fast on dangerous roads in his new sports car to impress women which has tragic consequences. In a pub, a young man sits on the cursed chair of a famous gangster in order to win a bet. These are just a few.
My favourite stories from the collection are Little White Casket and What Happened in the Cellar. In both of these stories, the supernatural is at work, sometimes in frightening ways, but the real danger comes from our world.

The amazing cover art is by an English artist, Danielle Tunstall.

This book is highly recommended for those who would like to read some excellent horror stories.
― Ilona Hegedus

THE WHITE DEATH AND OTHER GHASTLY GHOST STORIES

Brenda Morris climbed out of her foster mother’s brand new ’64 Buick Riviera and slammed the passenger door shut. She was supposed to have Thursday nights off, but the old bat was forcing her to fill in for another candy striper that’d gotten sick at the last minute.

Yeah, sick of working at a geriatric sanitarium, probably. Brenda stalked away from the car without bothering to wave goodbye and headed towards the institution’s imposing main entrance.
She took a deep breath, savoring the brisk October air, and gazed up at the gothic monstrosity that was Woodhaven. A full moon hung so low over the hilltop structure that it appeared to teeter upon the bell tower.
She stood still for a moment to admire the effect. “That’s just so bitchin’.”

A whirlwind of dry leaves skittered past her, and she exhaled slowly. No use putting it off any longer.

Brenda entered the ornate lobby and wrinkled her nose. One never got used to the cool mustiness and the smell of stale urine. Quite often, the pitiful moans of elderly residents could be heard echoing down the long hallways.
No wonder the place was short staffed.
Brenda climbed the winding staircase to the second floor. Before beginning her rounds, she paid a visit to one of the restrooms to wash her hands and run a comb through her auburn curls. She smiled ruefully at her reflection in the smudged mirror. The red and white striped apron made her look like a sweet, innocent fifteen-year-old.

Brenda’s foster mother – her seventh in so many years – no doubt wished it were true. The witch had busted her one too many times for smoking and sneaking out at night to meet up with The Wrong Crowd. She’d given Brenda an ultimatum: Volunteer at one of the local hospitals several evenings a week or spend some time in Juvenile Hall. Brenda had picked Woodhaven because her dark nature was drawn to its morbid history. For several depressing decades it had been used as a sanatorium for those suffering from The White Death. Tuberculosis had claimed thousands of lives here – not including the suicides it had provoked among patients and nurses alike.

But I’d rather die of a disease than grow old and useless, Brenda thought, leaving the restroom. She could hear a woman yelling just down the hall. It was Mrs. Hauser in Room 212. “Somebody help! She took it away! It’s mine and she stole it from me!”

Brenda reached the room and paused in the doorway, grimacing at the all too familiar sight. The old lady stood by her bed stark naked. She stared at Brenda with watery gray eyes full of righteous anger.
“Mrs. Hauser, calm down and tell me what happened.” Brenda hurried over and grabbed a blanket off the bed to wrap around the woman’s cold, saggy body.

“A strange little girl took my new robe. My pretty blue robe is gone – it’s gone and I want it back now!”

Brenda sighed. Mrs. Hauser was hallucinating again. It was probably another patient – they were always “borrowing” things from one
other.
“Okay, stay here and I’ll go look for it. I’m sure the girl didn’t go very far.”
Brenda went back out into the hall, and a noise caused her to glance right, towards the elevator. Just before the doors slid shut she caught a glimpse of something blue… 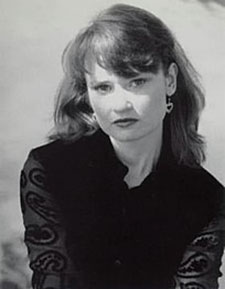 Debbie Kuhn: Writer. Editor. Scary Southern Belle. She writes across genres, but admits that horror is her favorite. Her ghostly tales used to give her classmates nightmares back in grade school.

To avoid expulsion, she stopped telling the stories out loud and began writing them down in the dead of night.

Debbie is also a freelance editor. To date, she has written three novels and is currently working on others, including an eBook horror collection to be sold on Amazon and other online bookstores.

Her speculative short fiction (and supernatural mysteries) has appeared in:

Traveling is Deb’s other great passion in life. After obtaining a degree in Speech Pathology from the University of Cincinnati, she began wandering extensively throughout the United States, Europe and the Middle East. The fascinating people and places she has encountered on her journeys have led to many memorable experiences that continue to inspire her imagination.

Debbie now lives in Kentucky with her significant other, one wicked white feline, and a sweet German Shepherd.