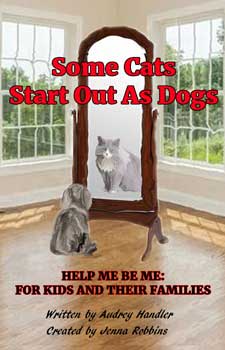 “Some Cats Start Out as Dogs” is a story that empowers everyone to embrace, and then release, the “me I want to be,” that lives inside each of us. It’s more about the way we perceive our inner selves than about how the world perceives us; smoothing the passage between how we recognize our true selves and how others learn to accept us for who we are.

“This allegorical tale for children is all about self realisation, acceptance and transition. It’s a story about how a group of anthropomorphised dogs responds, when one realises that, deep inside, he’s really a cat, and always has been. It’s billed as a children’s book — reading age 812 — but, on a fundamental level I think that many adults really need to read this and reflect on the lessons which the allegory provides.

The lessons particularly apply to understanding the path to self-understanding and acceptance that trans people go through, long before finding the courage to explain their anguish to the significant others in their life. How the other dogs react to this is an idealisation of how true friends and family should possibly process the gender transition of someone close to them — someone whom they hitherto never realised to be a cat trapped in a dog’s body.”
~ Christine Burns
Amazon UK

A very sweet tale about the inner struggle of a loving and gentle creature, Mr. P. coming to terms with who he “really is”–in his eyes and heart. The topic is not an easy one to approach, yet the writer and creator have crafted a touching story about feeling torn between what one feels and remaining true to that while simultaneously risking the very real possibility of losing loved ones who have significantly shaped his identity and purpose. The tale includes delightful characters that help Mr. P. through his self-discovery.

The Senor, both ragged and resilient, is hilarious and the Murphdogs are adorable throughout. But this story is not a sugar-coated where everything is magically solved, instead it is an honest and age-appropriate vantage point of the reality that Mr. P. and his friends face as they tackle this complex and highly relevant issue. A great read for young and old alike.
~ Customer Review
Amazon US

This book is a charming and insightful story, with very real questions being tackled through a medium that allows exploration and draws similes that younger children will identify with. Transgender children will often realise that they feel at odds with society, their friends and their surroundings. This book recognises and explores society’s issues in an imaginative way, giving hope of celebration of difference.
~ Susie Green
CEO Mermids.uk.org.uk

SOME CATS START OUT AS DOGS

The apology was going to be the easiest part of this whole thing, he told himself.  Explaining the rest of it, the part about having trouble with his own identity, was not going to make much sense to anyone.

Doesn’t always make sense to me either, he thought.  Getting the Murphdogs to accept this was going to be the hardest, most challenging thing he ever had to do.

But what will I do if they don’t accept what I must tell them?  He worried. And what’s the alternative? Continue to lie to myself and everyone else? Continue to be in that river or whatever that fool cat said—oh yeah, De Nile.

His dream parents cuddled him, and the memory of their touch and smell was so strong that deep in his subconscious, he wished never to come away from their presence.

“I’m so embarrassed. I never wanted you to find out what I’ve been up to.  You’re both dogs, and I’m going before the world to say that I’m not—not who you think I am.  I’ve been a fake of the worst kind; lying to the world and myself as well.”

“Not at all.” Soothed his mother, as only a mom could.

“But you’re confused and hurting and worried about hurting others.  As parents, we are more concerned about you being true to yourself and as long as you’re not breaking the law, or stepping on another’s rights,” added his dad, “Then you must make your differences your greatest asset,” his mom concluded with, “Go forward.  Hold your head high and proud.”

Mr. P. knew that his reprieve had come to an end, and he had to face the fact that his secret was about to come out in the open.  He worried about how the Murphdogs would take it.

One more good night’s sleep in my own bed, one more meal with my family and friends, one more look around at everyone and everything I love before my secret is not a secret any longer, he told himself.

That’s why I ran away the other night.”  P. said, all in one breath. 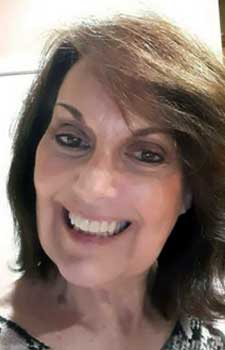 The native New York sister team collaborated to create current, hot topic, adventure stories, by enmeshing their care, understanding, and experience of working with kids and dogs, by gently leading their characters through the natural progressions of responsible and reasonable problem-solving techniques.

AUDREY HANDLER (Author) – Blessed with the innate talent of being able to write for many voices, Audrey became the designated writer of friends and family alike, at an early age and eventually tutored writing as a side career, in addition to working in family law firms. Scholastically, she toned her craft at numerous writing workshops, prior to earning her BA degree in fiction writing.

For many years, Audrey worked side-by-side with her husband in his pediatric practice, additionally juggling her schedule to accommodate volunteer positions; whereby she helped kids in the underserved communities of NYC before studying law.

Though she was grounded in medical and legal practices which had become an indelible imprint on her being, writing to children, for children, in a way that they could grasp a deeper meaning of complicated issues was always her passion; moreover, a better way to take the bite out of reality in a symbolic step-by-step approach to tackling the undesired that is often unexpected.

Her Murphdog series opens a window into how kids interact with other kids in what is sometimes a less than warm and fuzzy world, as she examines the complexities of life as children grow and mature. 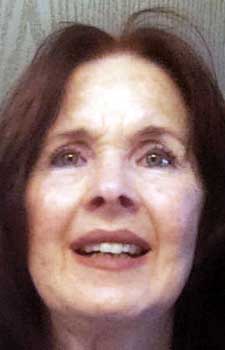 JENNA ROBBINS (Creative Designer) – Jenna fashioned the concept and the character personalities featured in the Murphdog series after her very own Murphdogs.  The Murphdogs are unique in their appearance and personality; a combination that begged for fleshing out their brand and memorializing their winsome ways in anthropomorphic books.

In conjunction with running her own professional dog training business, Jenna also writes a pet advice column, featured in Murphdog Magazine online, and was asked to teach dog training at Long Island University.  She further audited numerous veterinary lectures at The University of Pennsylvania School of Veterinary Medicine.

She has worked endlessly with rescued dogs, shelters, and veterinarian practices.

The combination was too good to bypass. And thus, the collaboration of years of Audrey working with kids and Jenna working with dogs gave rise to the Murphdog project.