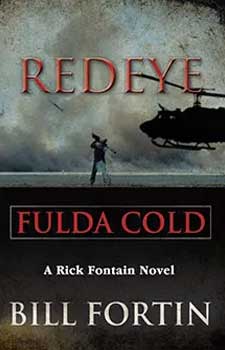 In early 1967, NATO and the U.S. received intelligence that the Russian high command no longer considered the MAD (Mutually Assured Destruction) policy to be a deterrent to an invasion of Western Europe.

The CIA recommended, and NATO authorized, a “think tank” to formulate new strategies to deal with this exponentially heightened threat.

Author Bill Fortin deftly combines fictional characters and people he actually served with in the United States Army to recount important, but little-known, events of the Cold War.

His story takes the reader to the people and places of the late 1960s European military community and a series of carefully crafted CIA military operations that reflected a shift in strategic thinking on the part of the U.S. and its allies in facing an impending Russian invasion.

Rick Fontain is a 19-year old college student when he is drafted into the Army in 1968. He narrates this eye-opening tale of international espionage and of emerging high-tech weaponry and military strategy. Central to the action is Redeye — the U.S. Army’s first shoulder-fired, guided missile system. Rick’s aptitude for this new, infrared technology, coupled with his leadership skills, places him and his handpicked team in Germany’s Fulda Gap — at the center of this high stakes political and military poker game.

Redeye Fulda Cold depicts the best qualities of those serving in America’s military. While the story is fiction, it addresses universally experienced issues such as overcoming adversity and keeping a positive attitude under duress. Much like the men and women of the U.S. military who protect our precious freedoms today, Rick and his brothers-in-arms develop an unshakeable esprit de corps while working towards an end-goal for which they are willing to risk their lives.

“BG6, Sparrow25. BG6, Sparrow25. Over,” called PFC Kenneth Clark in the calmest voice he could muster. His entire team was down. A lightning strike, on the top of the east wall of Redeye Base Camp One Tango, had occurred directly over the archway where the team had been waiting out the storm.
“Sparrow25, this is BG61. Come back,” said Spec4 Bernie Costa, who had just finished a call from Sultan64.

“Bernie, our whole team is down. We’ve been hit by a lightning strike. Get us some help up here as soon as possible. Over.”
“Roger, Sparrow25. Understand. Request for medical assistance received. Over.”
“Yeah, and the sooner the better, Bernie. It’s really bad, man. Stand by to copy basecamp coordinates. Wait one.”

He then returned to the toppled archway and pulled each one of us completely out into the courtyard and under the canvas. It wasn’t much shelter, but it got us out of the rain.
Ken told me he was going back inside to secure the Redeye tracker and put it back in its carrying case. He completed the task by pulling the case outside and getting it back in the trailer.

We had all regained consciousness by that time, but none of us could move very well. “How are the others?” I whispered.
“Everybody is breathing,” replied Ken. “Help is coming right away,” he continued. “Pezlola called back right after I talked to Bernie and they can’t get a chopper up in this shit. So they’re coming by convoy.”
“Good. Make sure the film is secure. Ken, don’t let it out of your sight.” I fell unconscious for the fourth time.

It took one hour and twelve minutes for the first responders from Grafenwöhr to arrive. There were five vehicles in all: two jeeps, one six by six, one deuce and a half containing a rifle squad from Bravo Company, and a green Porsche 912 belonging to Dutch2. The military ambulance was dispatched from Nuremberg and arrived 25 minutes later. 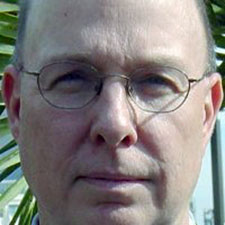 Bill Fortin served in the United States Army, 3rd Armor Division, from April 1968 to the first part of 1970. In 2012 while transporting Redhawk, a Quarter horse, to a medical facility in Pennsylvania I had a flashback to 1970.  The cause was the turnpike signage that pointed to the VA Hospital at Perryville. I knew at that moment that the exploits of Cold Warriors of 40 plus years passed had waited long enough to be told. The result was a novel entitled Redeye Fulda Cold.

In 1970 I went back to work for the Bell System’s C&P Telephone Company. It wasn’t until 1979 that I received an Associate’s Degree in Programing Languages and in 1981 a Bachelor’s in Business. In 1980 the Bell System was divested into several different entities.

I was recruited into a new AT&T company called American Bell. By 1983 I was just finishing up the Master’s program at the University of Baltimore. I received an advanced degree in the Management Science’s. In 1989 I was asked to join Bell Laboratory’s headquartered in New Jersey.

I had retired from Bell Labs in 2001, I’m currently the CEO of IBS, Inc., specializing in systems engineering. I have a Master’s in the Management Sciences from the University of Baltimore. My wife Judy, a gaggle of Border Collies, and other 4 legged and featured companions reside in the rolling hills of Westminster, Maryland.